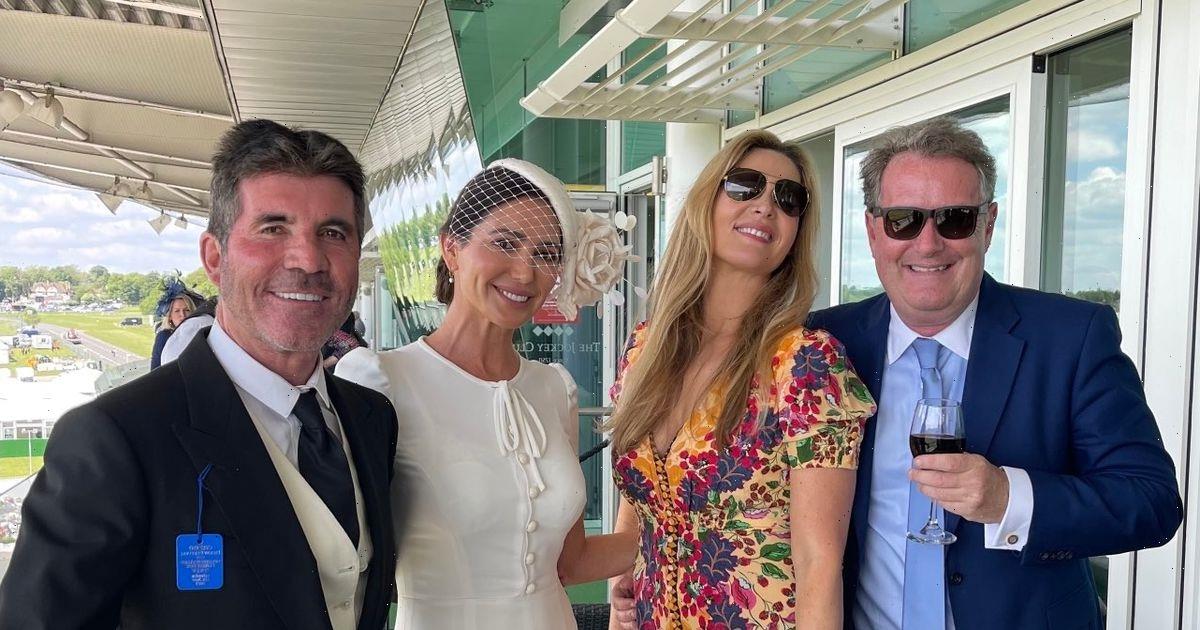 Old pals Simon Cowell and Piers Morgan made the best of the gorgeous weather by enjoying a day together with their families for Derby Day at Epsom Downs.

The two power houses of the showbiz and entertainment world go way back since Simon gave Piers his big break in the US as judge on America's Got Talent in 2006.

Piers and Simon were out with their respective partners, Celia Walden and Lauren Silverman, for the day who looked stunning in their race meet outfits, reports The Mirror.

Piers' wife Celia recently begged television bosses to give him a new job because of his new found energy since quitting Good Morning Britain.

“Unfortunately he’s got all his energy back now. Please, someone, just give him a job," she said.

The two ladies and gentleman posed for a photo in their finest outfits and Piers shared the snap on social media.

Piers Tweeted: "Derby Day! Simon and I are backing these two well-fancied fillies.."

Piers looked dapper in a blue suit, while Simon, 61, went all out with a black blazer and pinstripe grey trouser, plus a dashing cream waistcoat.

Celia sported a patterned floral floor-length dress and Lauren, who is mum to her and Simon's seven-year-old son Eric, a long white dress with a tie at the top.

Young Eric also looked the part in a similar style to his dad.

From Piers later Tweets it appeared he was not having the best day at the races having blown all his "stack".

Not long after posting the photo he Tweeted: "I’ve blown my stack so far at Epsom… time to recoup it all in the #Derby with Bolshoi Ballet. #GoBigOrGoHome"

In May Piers revealed that he may link up again with Simon for a future project. The pair were recently pictured walking together.

"I saw Simon Cowell recently, and of course he got me my first big break in America," Piers told The Sun.

"We walked for three hours.

"I got terrible blisters but I didn’t dare tell him because it felt like he was going to keep going until one of us surrendered.

"We talked about a few opportunities – I would like to work with him again."

On Sunday Piers will appear in an interview for the TV show Australia's 60 Minutes hosted by presenter Karl Stefanovic.

It is expected he will discuss leaving GMB and his feelings about Prince Harry and Meghan Markle.