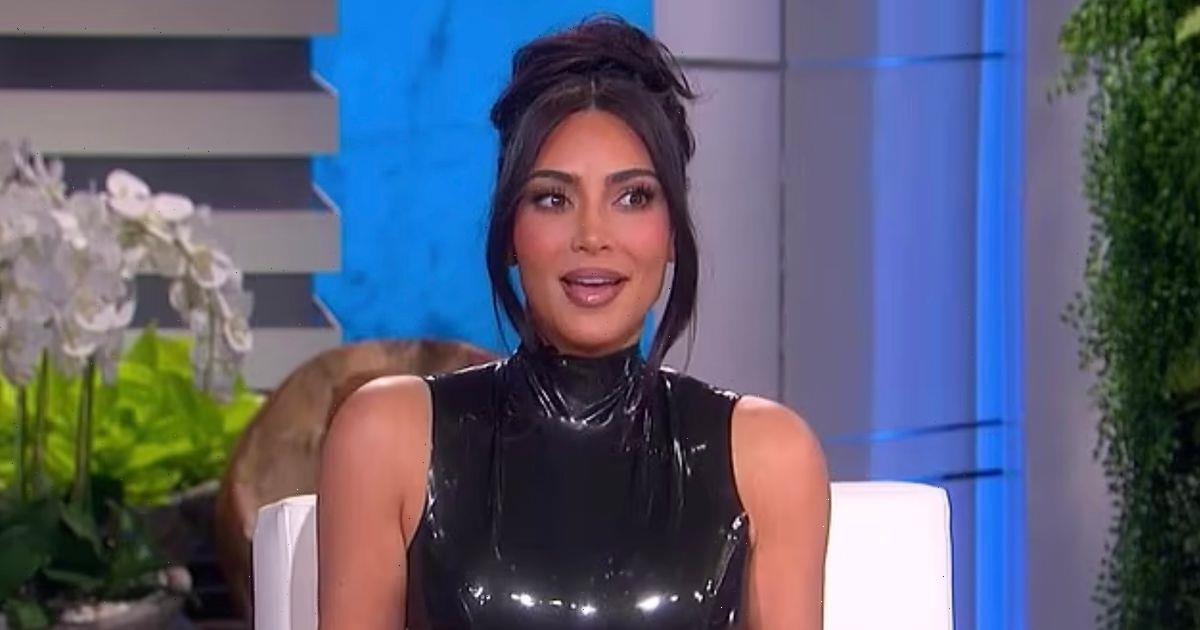 Kim Kardashian has told Ellen DeGeneres just how devoted her boyfriend Pete Davidson is to her.

The Keeping Up With The Kardashians star, 41, made a Wednesday, March 16, appearance on The Ellen DeGeneres Show.

Saturday Night Live star Pete, 28, sent fans into a frenzy on Sunday, March 13, when a selfie he sent to Kim's ex-husband Kanye West appeared to show the name “Kim” inked on his chest.

Kim explained that Davidson, who is in the process of removing several of his tattoos, wanted to get a permanent reminder of their relationship.

“I think he was just like, ‘I want something that’s there, that I can’t get rid of [it like] my tattoos,'” Kim said, adding that her boyfriend didn’t want to be able to cover it up. “[He] just wanted it there as like, a scar.”

The comedian also has a tattoo that reads “My girl is a lawyer," which Kim admitted was her favourite.

“That’s what tattoo people do,” she said. “They get tattoos of what’s going on in my life, so I was like, ‘Am I something special?'”

Kim, meanwhile, celebrated their budding romance in her own way: by making things Instagram official.

"I have the cutest pictures of us and I want to be like, ‘Oh, we’re so cute!'” she explained of her Saturday, March 12 post, which featured the couple.

Meanwhile, Kim showcased her killer curves in a hot pink bodysuit after it was confirmed she is now legally single following her split from ex-husband Kanye West.

She took to Instagram on Friday 4 March)to celebrate the news as she posed up a storm while enjoying a hearty bowl of cereal in bed.

Sprawling around on her super king bed, Kim poured her hourglass figure into a long-sleeved one piece which featured buttons down the centre of her luxury pyjamas which showed off her killer curves.