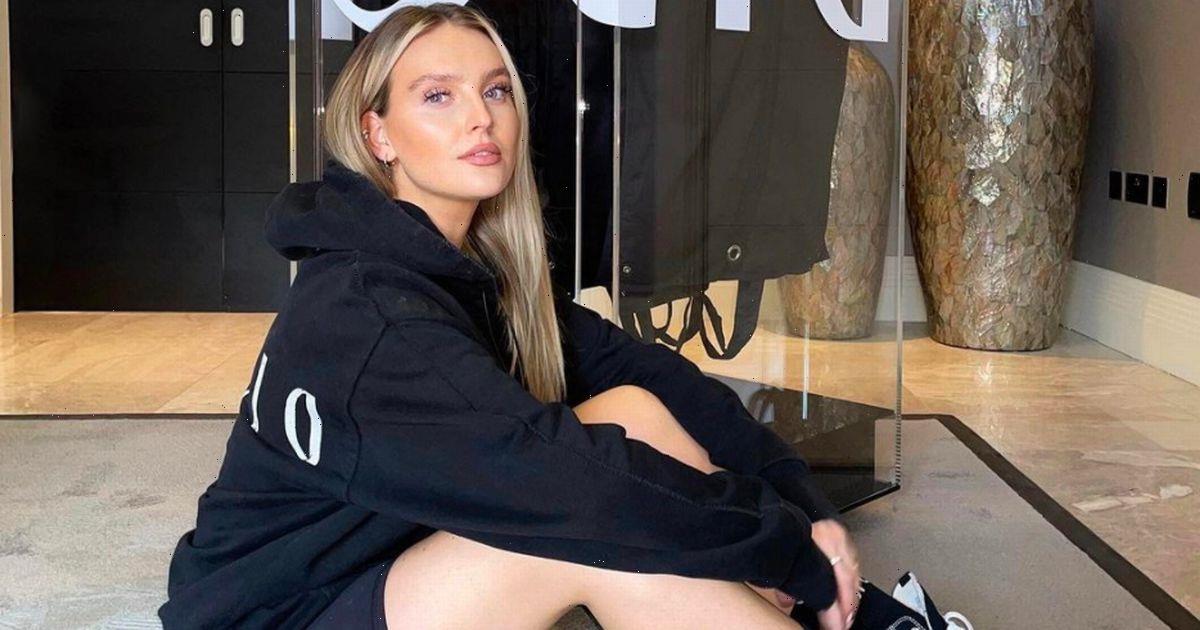 Perrie Edwards sent fans wild when she took to Instagram today to announce the launch of her new lifestyle and clothing brand Disora.

The Little Mix singer has announced the launch of her new fashion brand amidst rumours that the current girl group, which includes Leigh-Anne Pinnock and Jade Thirlwall alongside Perrie, could be set to split up.

Perrie's Instagram post shows a collection of images of her sporting and displaying her new brand's clothing set in a grand room with marble flooring.

She captioned the post: "Didn't think it was possible to be anymore excited than I already am! Years in the making and my brand @disora is finally launching! "Thank you to my Disora team for sending me my own PR chest, you b****es are bad and boujee!"

Perrie's post amassed over 430K likes in just a couple of hours as she shared the exciting news.

Perrie teased fans with a sneak preview of her collection on her Instagram story.

Going inside a Disora branded clear wardrobe, Perrie unzipped some of the hidden gems in her new collection, which include an oversized drop shoulder denim jacket in light blue wash.

Though the site itself hasn't officially launched, fans can get ahead of the game by signing up for early access to Perrie's new venture.

Another post by Disora yesterday teased the collection with images showing a selection of crisp t-shirts, denim jackets and a black hoodie with 'Disora' in large text on the back – the same hoodie modelled by Perrie in her Instagram post today.

The new brand will be up against competition from Goop and the recently launched brand Wylde Moon by Holly Willoughby.

A source revealed: “Music is Perrie’s first love and by no means has she ruled out doing solo songs in the future.

“But she is keen to do other things too and knows there is a huge market for women in their twenties and thirties who want a little bit of luxury in their lives.”

Little Mix have been in the front and centre of public attention recently as former group member Jesy Nelson has stirred up controversy with her new track's music video and a fallout with Leigh-Anne Pinnock after an intense live video with Nicki Minaj.

Rumours have spread that Little Mix may be set to break up following their upcoming tour – and Perrie's new project may mark the beginning of the end for the immensely popular girl group.

A source said: “There has been a lot of speculation about the future of Little Mix but it is now very clear that the end of the road has been reached.

“A date is set to announce the split. The upcoming tour is going to be a farewell to their fans.”

The group will reportedly break the sad news to their fans next month, with their upcoming The Confetti Tour expected to be their swan song.