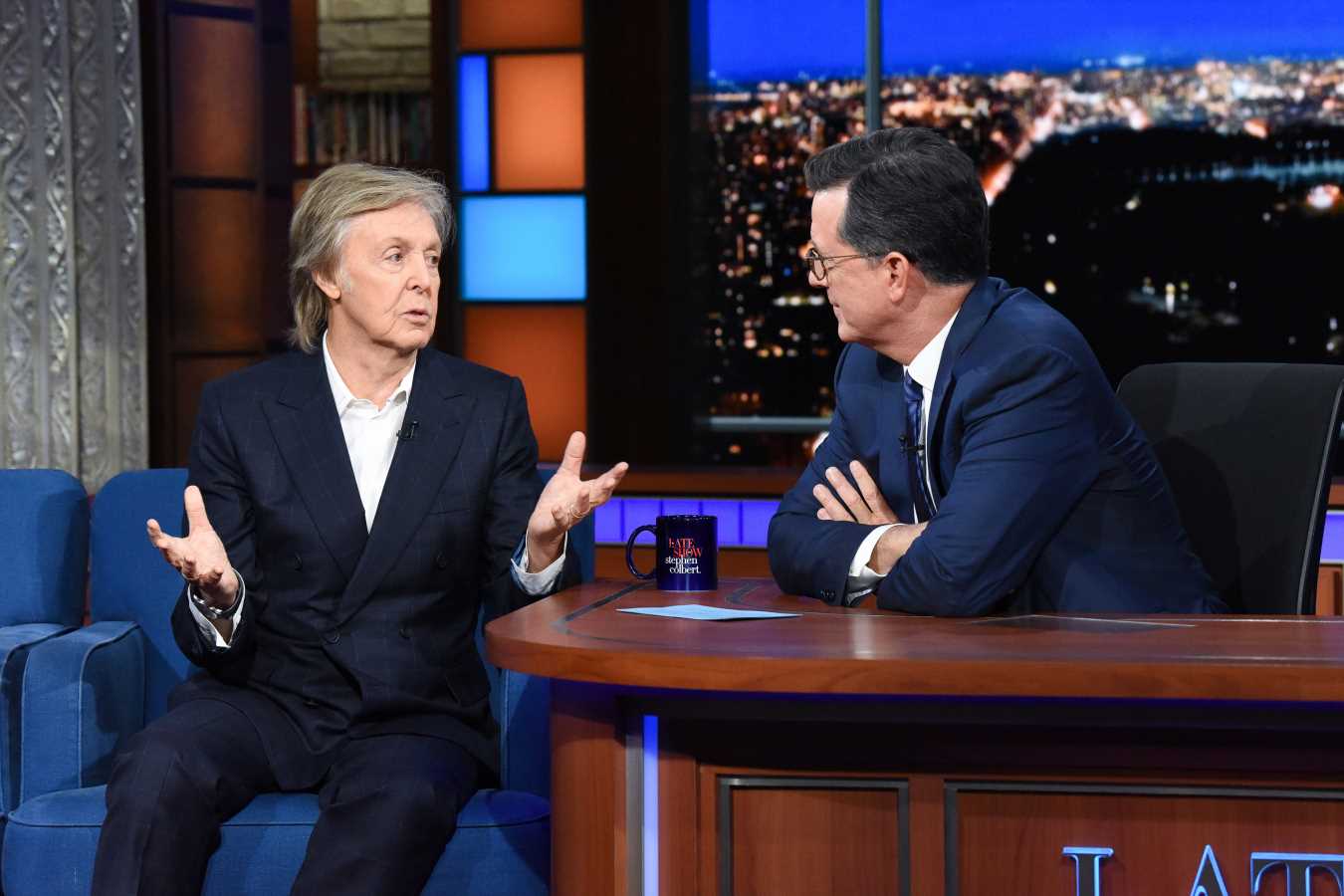 Paul McCartney has a few tricks up his sleeve when it comes to sneaking into a movie theater.

That musical icon, 77, appeared on The Late Show with Stephen Colbert Monday night and talked to the host about his thoughts on the new movie, Yesterday. The film comically creates a world where The Beatles never existed — except in one failing musician’s memory.

When Colbert asked the former Beatles bandmember if he had seen the movie, McCartney revealed that he and his wife had seen it last weekend after deciding not to attend an official screening of it.

“Nancy and I said, ‘We’ll just go to the cinema,’ so we did last week I think,” he revealed.

“You just walked into a movie theater?” Colbert asked him in disbelief, to which McCartney clarified they had “crept in,” and indicated he had disguised himself with a hat and sunglasses.

The legendary musician explained that he and his wife wanted to see it with other people, and joked that the movie was a “pretty good plug for me,” as he recalled sitting in the back row trying not to laugh when the actor in the film was describing McCartney as the “greatest songwriter.”

McCartney also recalled to Colbert that his 1965 song “Yesterday” — after which the movie is titled — had actually come to him in a dream.

“I woke up one morning and there was this tune in my head, and I happened to have a piano by my bed,” he told Colbert.

“I thought, ‘It’s just some old tune,'” McCartney added, explaining how he went around asking friends and producers if they had heard it before, but no one had. “So, after a couple of weeks, I decided it was mine.”

The first friend he went to with the new tune was his bandmate John Lennon, who McCartney said he often dreams about.

“I love it when people revisit you in your dreams. So, I often have band dreams and they’re crazy. I’m often with John and just talking about doing something and I come to get my bass ready to play and it’s covered in sticky tape. You know, dreams! So, I’m picking all this stuff off, trying to talk to him,” he explained. “I have a lot of dreams about John. And they’re always good.”

McCartney also talked about how their deep friendship was founded on a mutual experience of losing their respective mothers at a young age — McCartney when he was 14 and Lennon when he was 17.

“So, we had a kind of bond that we both knew about that, we knew that feeling. And I never thought that it affected my music until years later,” he told Colbert, adding that many people would connect the lyrics in “Yesterday” to his mother’s death.

The Beatles broke up in 1969, less than five years after releasing “Yesterday,” and McCartney credited a photo of him and Lennon with helping him get through some of the backlash he received over the split.

“That photo, when I saw that, it’s like, ‘Yes, we were friends,'” he said of a picture Colbert brought out of he and Lennon writing a song together. “And it’s a beautiful photo for me ’cause it just reminds me of us working together and how cool it was.”