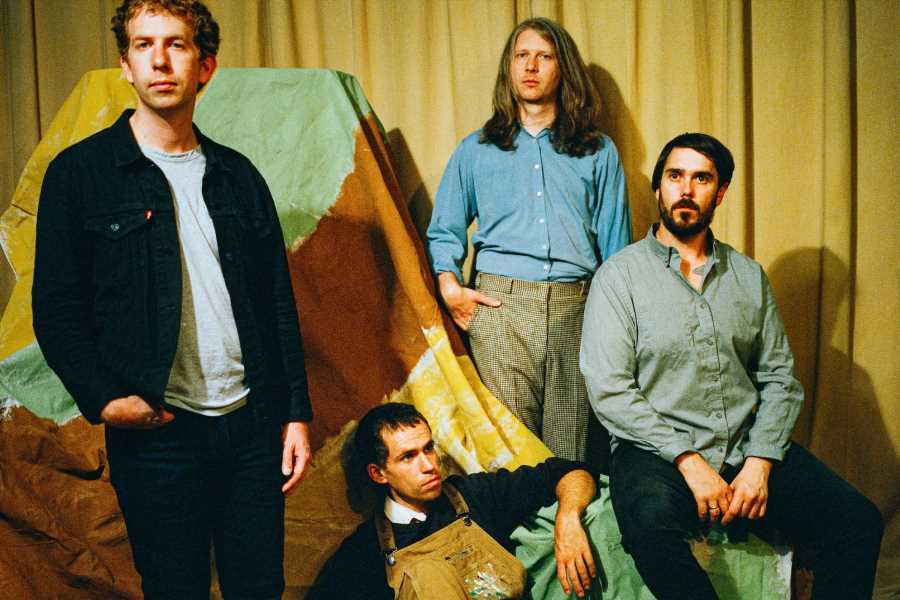 Parquet Courts have released the video for their Sympathy for Life track, “Marathon of Anger,” the first in a series of clips set to drop in the lead up to the wide release of their film project, Sympathy for Life, Visualized.

The “Marathon of Anger” clip was directed by Mara Palena, who complements the Talking Heads-esque protest anthem with an abstract collage that flits between city skylines, dance parties, moving portraits, and natural landscapes.

Following “Marathon of Anger,” Parquet Courts will release a new music video each day up until Sympathy for Life, Visualized arrives on the band’s YouTube page on Dec. 19. The band commissioned music videos for all 11 tracks on Sympathy for Life, which they then compiled into the Visualized film piece; the project — which also features guest appearances from NBA great Bill Walton and comedian Joe Pera — premiered earlier this year during a special ticketed livestream. Ahead of the release of Visualized on YouTube, Parquet Courts will host a live Q&A with bassist Sean Yeaton.

Parquet Courts released Sympathy for Life back in October, marking the indie outfit’s seventh studio album and first since 2018’s Wide Awake! The group has a North American tour in support of the record scheduled to launch next year, kicking off Feb. 27 in Asheville, North Carolina, and wrapping April 30 in San Diego. Mdou Moctar will provide support.