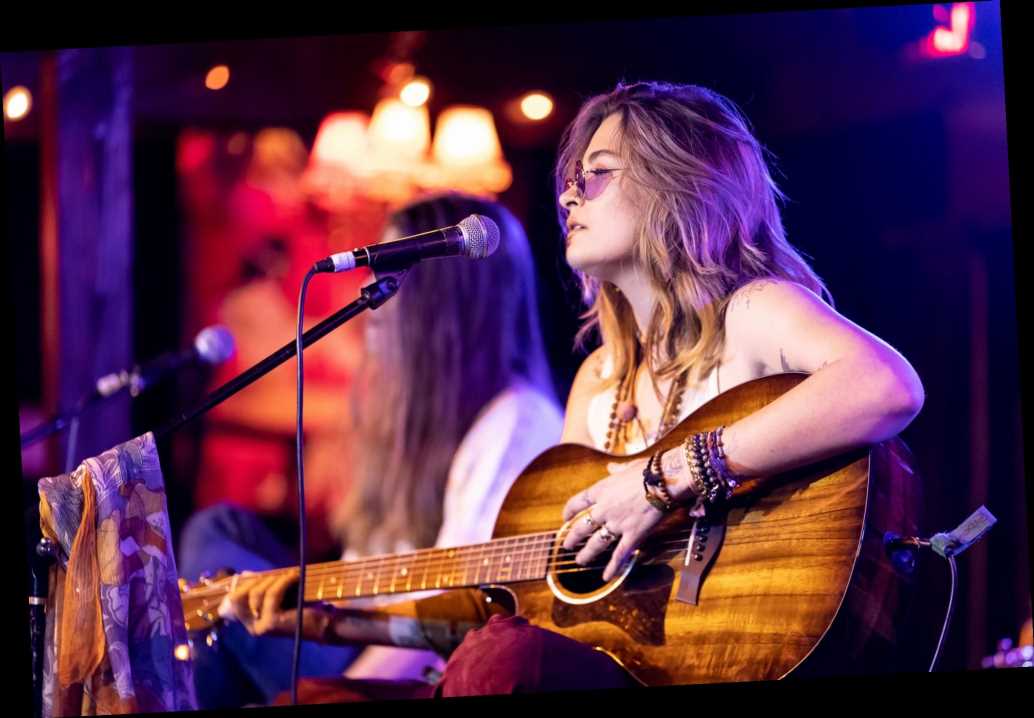 Paris Jackson is finding her way as an artist.

In a preview of the upcoming episode of her new Facebook Watch series with boyfriend Gabriel Glenn, Unfiltered: Paris Jackson and Gabriel Glenn, shared exclusively with PEOPLE, the daughter of the late Michael Jackson, 22, opens up about her struggle with stage presence.

"Sometimes it's tough playing shows because I feel like I'm kind of going through this blindfolded, and I'm just trying to figure this all out," Jackson admits in the preview of the episode, which will air in full on Tuesday. "But it's really exciting to share it and put it all out there."

From November 2019 to January 2020, Jackson and Glenn had been touring as their band, The Soundflowers. They released their debut self-titled EP in June.

"Playing our first few shows, I realized that I just don't have it at all," Jackson says. "I do get anxious playing in a more intimate setting."

In the premiere episode, titled "Who Is Paris Jackson?!," Jackson delved into how her past has informed her music today.

"It's been 11 years and I've been through hell, whether it was him passing or all the other s— I've been through in my life," Jackson said, discussing her dad. "If I don't talk about it or if I don't let it in my music, it's gonna completely ruin my life and it's gonna own me and I'll be a slave to that kind of pain. I don't want that."

"Everyone in my family does music. I mean, I'm a Jackson," she added. "It makes sense that I'm a musician but like, a Jackson doing folk indie?" She then went on to confess, "Yes, I tried to kill myself many times."

Jackson also opened up about her struggles with depression, which she said "comes in waves."

"So even though the lows are unbearably low, I would still rather [feel] that than nothing," she said. "Pain is way better than numb because at least you're feeling something.”