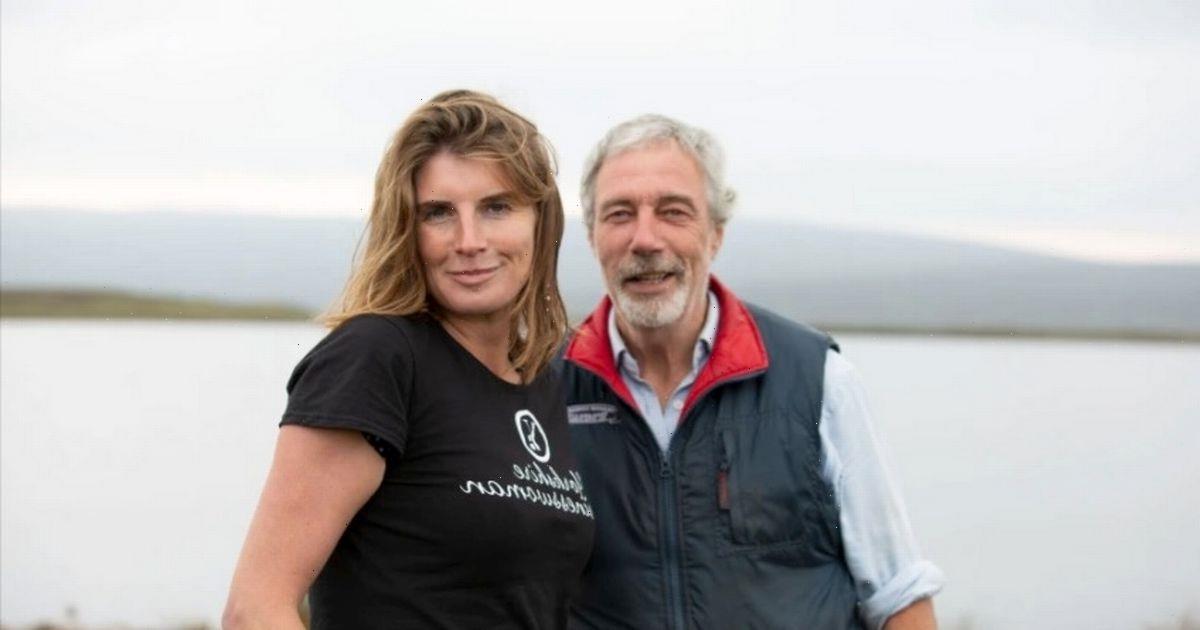 Our Yorkshire Farm’s Amanda Owen has hit back at followers on social media, after questioning her about not featuring her husband on her profiles.

Amanda, 47, has starred in the Channel 5 documentary series, alongside her husband Clive, 67 but it seems she has become fed up with the personal question and shut down the awkward comments.

In the video, Amanda says: “Well behind me you can see my yow with a new set of twins, but it’s the birds who are so noisy this morning!

“You can hear all sorts. Grouse, snipe, lapwing, it’s beautiful.”

One follower wrote: “Why doesn’t your husband ever appear on these be great to see him.”

Amanda responded via Twitter, writing: “Because if you don’t wish to be on social media then that’s your choice.”

The follower responded: “OF course it is just thought it be nice as he plays a major part in the programme. Great programme btw.”

However, the questions didn’t stop there, as another commented: “Lovely photos but where is your husband would be nice to see some of him in the pictures.”

Another wrote: “Still never see your hubby on pics with you.”

The couple, who share nine children together, have undergone a tricky year with their marriage which they seem to have resolved now.

Amanda admitted she had been feeling “narky” and “under the weather” recently before her eldest daughter, Raven, 21, returned home for her birthday and to help out with tasks.

The return of Raven left Amanda feeling much more cheerful, saying on Twitter she felt she had “a spring back in her step after feeling not too brilliant as of late.”

The proud mother gushed: “She [Raven] milked Buttercup, lambed a preach presentation, shoved a prolapse back from whence it came (a sheep’s btw) all on her 21 st birthday!”

The birthday girl celebrated with her eight siblings and had a delicious homemade walnut cake.

Another commented: “What an amazing young woman. Happy 21 st."