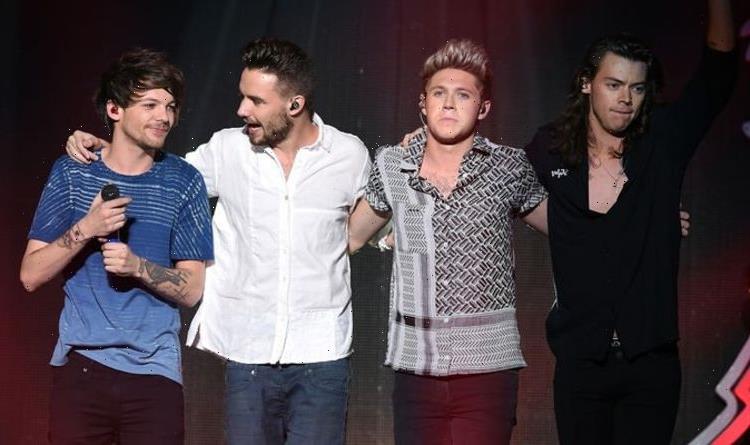 By the time One Direction started working on their second studio album, they were eager to work with some big names in the music industry. The band released Take Me Home on November 9, 2012, to great critical reception. The record debuted atop the UK Album Charts and reportedly sold more than 155,000 copies in its first week. While the album included songs written by the likes of McFly, it also had two tracks from the legendary Ed Sheeran.

Sheeran is best known for his chart-topping songs Think​​ing Out Loud, Castle on the Hill, Perfect, Beautiful People and more.

Crucially, Sheeran broke a chart record earlier this year after spending 52 weeks at number one in the UK​ – an entire year.​

In 2012 he agreed to write two tracks for 1D: Little Things and Over Again.

Little Things was particularly special to Sheeran as he penned it years prior, but had lost it.

Sheeran told Capital FM: “The great thing about [Little Things] is I wrote that song with a girl called Fiona Bevan when I was 17 and we lost the song.”

Although Sheeran misplaced the track originally, he revealed that he later reconnected with his writing partner and went on to record the track.

He said: “I’ve kept in touch with Fiona, we’ve done gigs and stuff and about two months ago she sent me the tune and was like: ‘Oh, do you remember this?’ I was like: ‘Yeah, I do remember that.’

“I was in the studio with the One Direction boys at the time and I was playing it and they were like: ‘We really like that.'”

Sheeran added: “It’s got one of my favourite lines that I’ve ever written in a song.”

Although the star didn’t reveal which of the song’s lines were his favourite, it holds a number of great quotes.

One reads: “You can’t go to bed without a cup of tea / And maybe that’s the reason that you talk in your sleep / And all those conversations are the secrets that I keep / Though it makes no sense to me.”

Little Things was later released as the second single from One Direction’s second album.

It reached number one in the UK Singles Chart, as well as in Austria, Belgium, Denmark and Mexico.

The song even went platinum in the UK and the US after selling a combined 1.8 million copies.

It also went 4x platinum in Australia, where it sold more than 280,000 copies.

Little Things was followed by the band’s third single, Kiss You.

The single didn’t sell as many as the previous song – just under 1.6 million copies.

It also reached a peak of number seven in the singles charts for Ireland and Scotland, while reaching number nine in the UK.