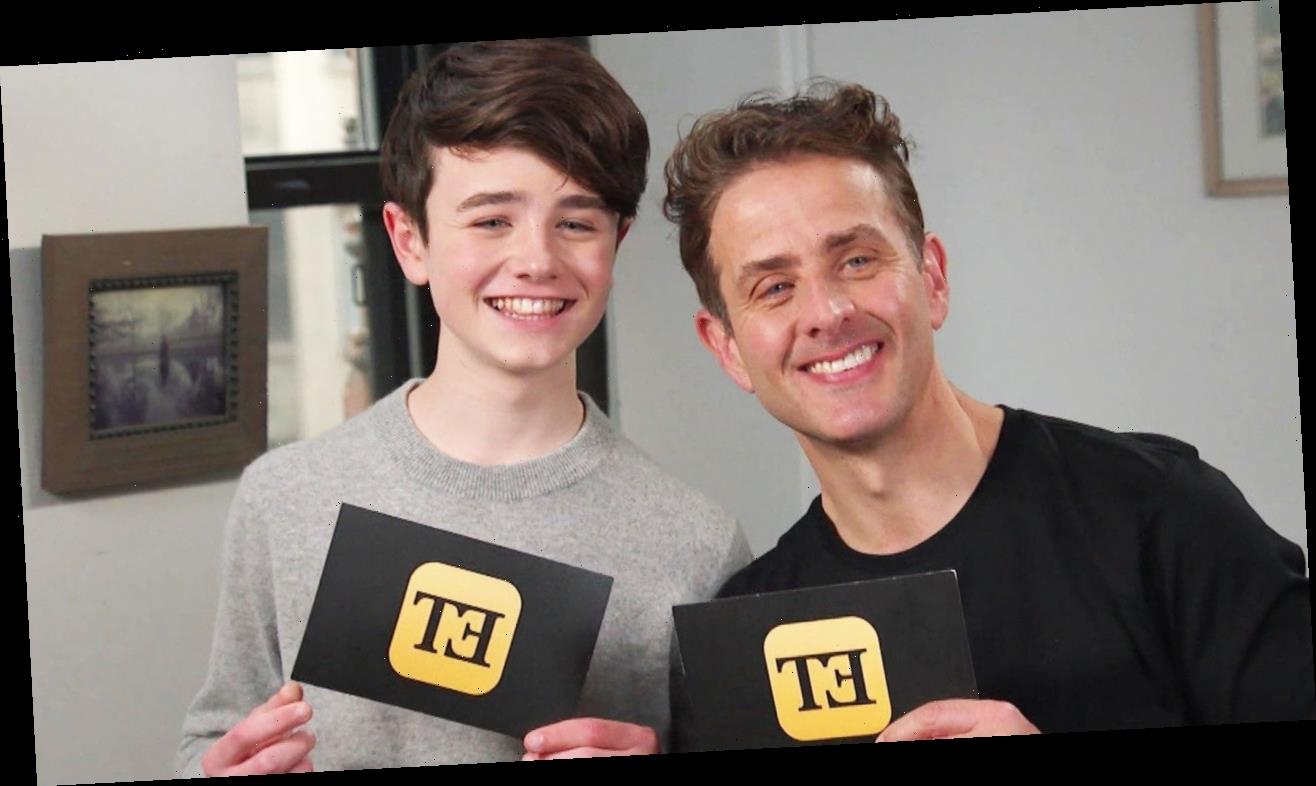 Imparting some fatherly wisdom! After a life spent in showbusiness, Joey McIntyre has some sound, sensible advice for his young son, Griffin.

The New Kids On the Block singer and his 13-year-old son — who star in the Netflix sitcom Country Comfort — recently sat down to interview each other for ET, and Joey delved into his years of experience to give his son some advice as he enters the entertainment world himself.

“Chill. Chill out. You know… be kind. Have patience,” Joey shared. “You have a whole cast of these people that are your friends now, and they know other kids… so it’s nice to have them kind of take the lead here and there, and you don’t have to do it all, which is nice.”

Griffin’s sitcom — in which he appears opposite Katharine McPhee and Eddie Cibrian to name a few — premiered March 19, and looking at his son’s burgeoning career, Joey reflected on how Griffin’s early days in showbusiness have compared to his own.

“You’re way more balanced,” Joey said. Even though we were having fun [in NKOTB], it just happened so fast and we were like plunged into it.”

“Again, I had four other guys to go for the ride you know with me. I just see you as way more balanced,” he added. “You’re also a little bit more healthy overall. I mean, not that I was unhealthy, but I could’ve used a nap.”

As for Griffin, he already has some big plans for who he’d like to act with in the future.

“Leonardo DiCaprio,” he said, when his father asked. “Straight off the bat.”

“Wait a minute, he would, at this point, he would kind of like play your dad,” Joey replied. “Wouldn’t you want, like, me to play your dad?”