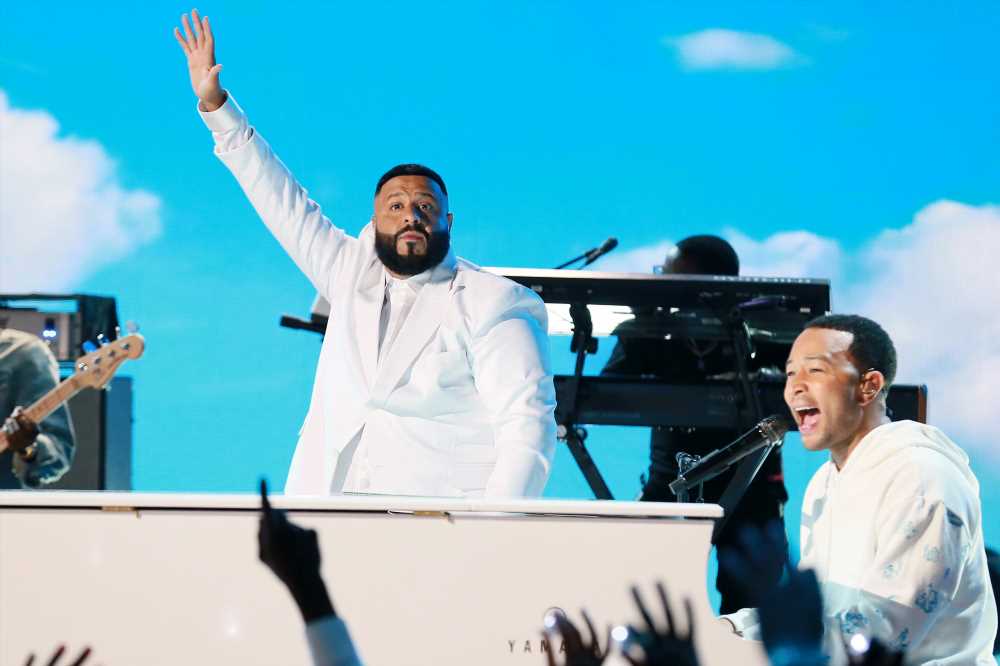 Nipsey Hussle‘s memory was alive and well at the 2019 BET Awards.

The late rapper — who was tragically gunned down outside of his Los Angeles clothing store on March 31 at the age of 33 — was honored in a moving tribute at the network’s annual awards that included a performance by Marsha Ambrosius, YG, John Legend, and DJ Khaled.

Lauren London, Hussle’s longtime girlfriend, accepted the trophy alongside the rapper’s family, including his 2½-year-old son Kross and 10-year-old daughter Emani Asghedom. “I just want to thank you guys for all of the love and support,” she said. “The marathon continues again.”

Hussle’s grandmother Margaret Boutte also expressed gratitude for the support her family has received in the wake of Hussle’s passing. “God said to Nipsey, ‘You’ve done your job, you’ve made your mark,’ ” Boutte reflected. “So thank you so much, world, for loving him, too.”

Among the speakers was also Hussle’s parents, mom Angelique Boutte Smith and father Dawit Asghedom. Boutte Smith began by talking about her belief in the afterlife, recalling how she told one of her son’s grieving friends, “You know that we are spiritual beings having a physical experience, right?” Then Asghedom admitted how much he misses his son.

“He wanted to be here so badly,” the patriarch said. “Last year he made it to perform here and we were so happy for him. You recognize him and we appreciate that. The marathon continues.”

Ambrosius kicked things off by singing “Real Big,” before YG launched into his collaboration with Hussle, “Last Time I Checc’d.” John Legend and DJ Khaled — backed by a gospel choir — closed things out with a spirited rendition of “Higher.”

Hussle’s family watched all from the front row.

That wasn’t the only way Hussle was honored at the BET Awards. The traditional red carpet was made blue this year, after Hussle’s signature color. The rapper was also up nominated for best male hip-hop artist.

In the time since Hussle’s death, many have mourned the Grammy-nominated rapper on social media, including his friends, family, and fans.

London spoke about Hussle’s love for his family at his emotional memorial, which was held at the Staples Center. “My pain is from a 2-year-old that probably won’t remember how much his dad loved him,” she said. “His soul was majestic. He was the strongest man that I ever knew. A gentle father, a patient leader, a divine light. He was brilliant. He researched everything, completely self-taught, constantly seeking knowledge.”

Back in May — nearly two months after Hussle’s death — his alleged shooter Eric Holder Jr. was indicted by a grand jury on one count of murder, two counts each of attempted murder and assault with a firearm and one count of possession of a firearm by a felon (Aside from Hussle, two other men were also shot in the incident, though they survived their injuries).