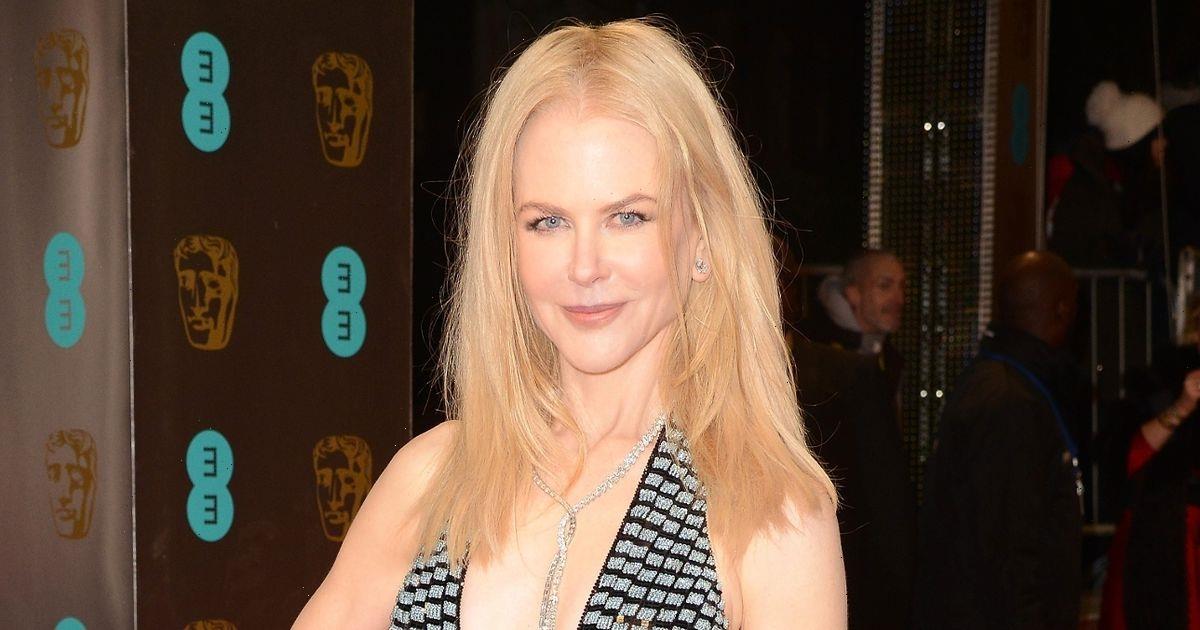 Nicole Kidman has wowed her fans by showing off her unbelievable muscles on a magazine cover.

The Aussie actress looked incredible – and far younger than her 55 years – as she flaunted her ripped physique for Perfect, which has honoured her with its Perfect Icon award.

Smouldering at the camera, the star flexed her impressive biceps as she struck a powerful pose in a little crop top and a teeny skirt.

The Hollywood star's arms were seriously defined in the snap, while her skimpy top gave fans a peek at her toned tummy and the micro skirt flashed her muscular thighs.

Nicole's hair was flame red and had been cut unevenly, with jagged jaw-length strands framing her stunning face and the rest tumbling loose to her waist.

Another snap showed the Hollywood beauty in huge black boots and a billowing black dress that fell to the ground and left one long leg bare.

Fans could not get over Nicole's dynamite body and littered the comments section with flaming hot emojis after Perfect shared the shots on Instagram. "Obsessed," one fan posted, while another said the actress was "the moment" and a couple admitted they were "shook".

"WOW! What a cover," said someone else, as another said it was "sooo perfecto".

"Love this!! Iconic," said another fan.

One Nicole fan told her: "I can't breathe."

"Hands down the best shoot she has done," said another follower.

One urged: "F*** those who say act your age, you are just getting cooler."

Some people thought Nic's toned bod made her perfect for a high-octane action movie.

"I need to see her in a major sci-fi film now!" one person said.

Another said Nicole's shot – which was taken by photographer Zhong Lin – was reminiscent of The Fifth Element, the 1997 sci-fi flick starring Milla Jovovich.