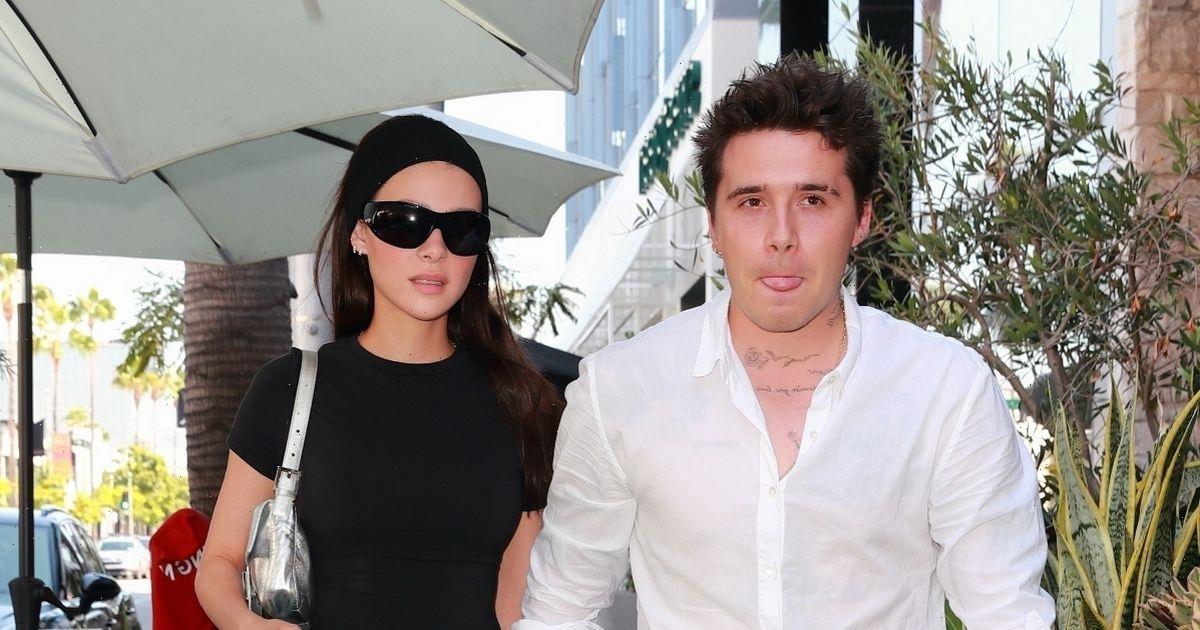 Nicola Peltz Beckham looked incredibly chic as she stepped out alongside her husband, Brooklyn Beckham.

Posted to her Instagram on Monday (August 22), the shot showed the recently married couple hand-in-hand as they strolled down the street in Beverly Hills.

The American actress, 27, donned a mint green midi skirt which she teamed with a tight-fitted black t-shirt.

Elevating her height, the Bates Motel star wore black platform heels and sported a pair of oversized sunglasses to shield her eyes.

Scraping her brunette tresses out of her face, the actress donned a black headband and accessorized with a metallic handbag.

Several of Nicola's followers couldn't help but notice however, that she looked incredibly similar to Victoria Beckham, who she is reportedly feuding with.

Another called Nicola "Victoria's twin," as a third echoed: "Looks like Victoria."

Someone else commented: "Looking like posh," while a fifth added: "Victoria Beckham vibes."

Nicola tied the knot with Brooklyn, the eldest son of Victoria and David Beckham, in a star studded ceremony back in April.

But since then, Nicola and her mother-in-law have been plagued with rumours that something isn't right between them.

Earlier this month, Nicola, who is the daughter of billionaire businessman Nelson Peltz, took to Instagram to hit out at "people who make you sad," leading many to believe she could be referring to the former Spice Girls member.

While many showed their support for the star, other simply speculated as one wrote: "If the current story is true, best to reach out to your husband's mum and heal."

As another said: "You should be on good terms with Victoria and David."

While a third commented: "So the real question is do you hate your mother in law?"

Commenting further on their relationship, a source told The Mail: "There is a feeling that the Peltzes rather turn their noses up at the Beckhams… the way that they do things and their celebrity profile.

"Meanwhile, the Peltz clan has really embraced Brooklyn. There is a feeling that Brooklyn is now all about the Peltz family and not the Beckhams."