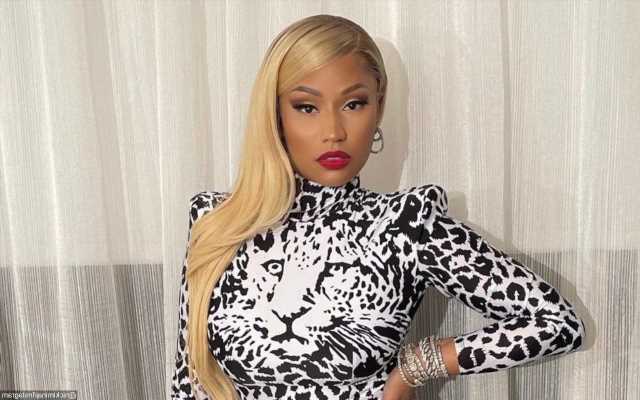 One of the disappointed fans claims that while he/she is not surprised that the ‘Anaconda’ hitmaker doesn’t score a single nod, the track deserves to be nominated ‘for at least best rap song.’

AceShowbiz –Nicki Minaj‘s fans were enraged after the 2022 Grammy Awards unleashed its nominations list for the upcoming 64th annual awards show. Upon learning that “Seeing Green” didn’t receive a single nod, the Barbz voiced their disappointment on social media.

“Seeing Green is prolly one of the best Rap Song and Performance this year and it got no nomination.. But Best Friend did?” one user tweeted, with one echoing the sentiment, “Seeing Green is the best Hip-Hop song of 2021 I said what I said argue with ya mama..”

Another individual stressed, “Seeing Green is without a doubt was ONE of the BEST RAP songs released this year!!” Someone else, meanwhile, argued, “Ngl I’m not surprised Nicki isn’t nominated for a grammy… but that woman has been snubbed way too many times for my liking ‘Seeing Green’ could’ve definitely been nominated for at least best rap song or something like…. I’m disgusted and embarrassed. #GRAMMYs.”

Nicki released “Seeing Green” featuring Drake and Lil Wayne back in May. In addition to being snubbed by Grammys, the track didn’t make a cut at the 2021 BET Hip Hop Awards, prompting the femcee to throw shade at BET. “If you mention ‘HipHop’ in 2021 & don’t mention #SeeingGreen that tells me everything I need to know,” she tweeted in September.

Nicki hasn’t had a good history with Grammys since her 2012 snub. At that time, the Recording Academy gave the Best New Artist honor to Bon Iver instead of her despite her accomplishment.

Last November, the “Bang Bang” raptress lamented on social media, “Never forget the Grammys didn’t give me my best new artist award when I had 7 songs simultaneously charting on billboard & bigger first week than any female rapper in the last decade – went on to inspire a generation. She added, “They gave it to the white man Bon Iver.”