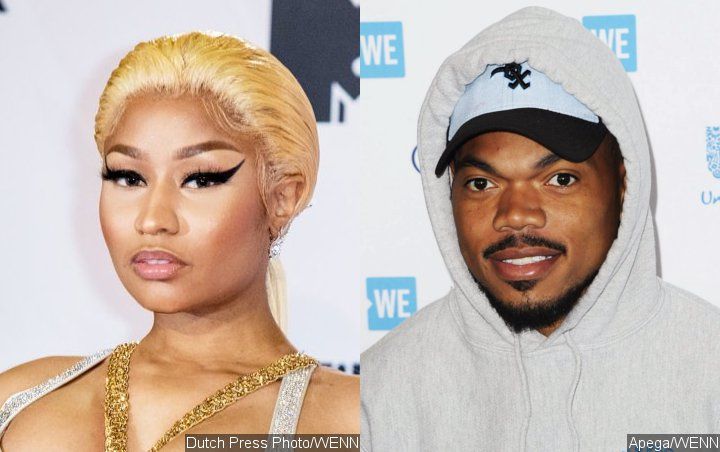 In ‘Zanies and Fools’, the ‘Anaconda’ hitmaker makes it clear that she is so happy with boyfriend Kenneth Perry that she wouldn’t change her life ‘for Armani’.

AceShowbiz –Nicki Minaj has convinced fans she’s getting married and starting a family with her boyfriend Kenneth Perry by opening up about her dreams on a new Chance the Rapper track.

In “Zanies and Fools”, the 36-year-old star makes it clear she’s smitten with Perry and plans to marry him.

“He the Clyde to my Bonnie/’bout to walk down the aisle and be a mommy,” she raps, explaining she’s so happy she wouldn’t change her life “for Armani.”

Minaj shared the lyrics on social media on Thursday, July 25, alongside a snap of herself and Petty.

It’s not the first time that Nicki has hinted at pregnancy and starting a family – speaking on her popular Queen Radio show in February (2019), Minaj joked that she was expecting.

“I’m pregnant,” she said. “They really gonna believe me, my manager’s face! He was about to die!”

And earlier this week (begin July 22), Minaj responded to a fan who asked if she needed suggestions for baby names.

Minaj claimed that she and Petty, who have known each other “since we were very young kids”, had “already chose them”. She also claimed that the could had obtained a U.S. marriage license.

Representatives for the rap star have not responded to requests for updates on the star’s relationship status or her pregnancy claims.