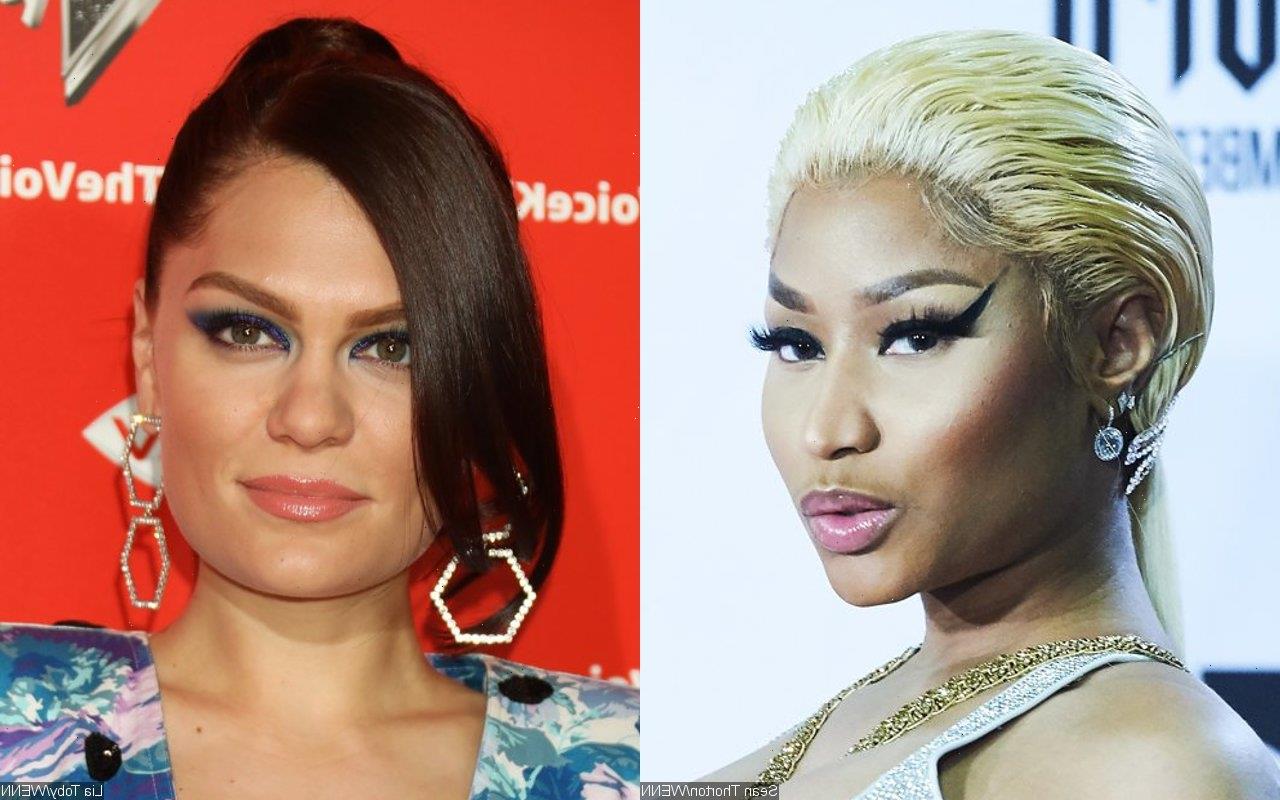 In an interview with Glamour, the ‘Price Tag’ hitmaker insinuates that the Anaconda’ femcee asked to contribute to the 2014 hit song after hearing the track.

AceShowbiz – Nicki Minaj, Jessie J and Ariana Grande must take pride in their hit collaborative song “Bang Bang”. While discussing the track in an a new interview Jessie revealed how the rapper joined the project but Nicki felt that the remarks were inaccurate.

In an interview with Glamour, which was published on Thursday, August 5, Jessie insinuated that the “Anaconda” femcee asked to contribute to their 2014 single “Bang Bang”. Catching wind of that, Nicki quickly set the record straight on her social media account.

“Babe @JessieJ I didn’t hear the song & ask 2get on it,” Nicki wrote on Twitter. “The label asked me2get on it & paid me. How would I have heard the song? [weary face emoji] chiiille what am I the damn song monitor? Snoopin around for songs chile? [tears of joy emoji].”

The mom of one continued, “This was said by another artist recently as well. Yallgotta stop [balloon emoji] LoveU [blowing kiss emoji].”

A fan backed Nicki’s claim, tweeting, “Back in the day @jessiej did a interview with a radio show, it concludes that THE LABEL DID ASK @nickiminaj to be on the song. NOT BICKI BEGGING!” To the post, the Trinidadian rapper wrote back, “Chi but the worst part about this is no1EVER asked me2get on ‘like a dude’ & I have been obsessed w|that song since the min I heard it. I was doing promo in the UK & heard it on the radio. My artist Parker co wrote it. I would’ve gotten on that 1 for some pickle juice.”

Jessie, meanwhile, has yet to react to Nicki’s tweet.

During the Glamour interview, the British songstress recalled, “Max Martin wrote ‘Bang Bang,’ and Ariana had been played it, I’d been played it, and we both loved it. We just said, ‘Why don’t we both do it?’ So Ariana stayed on the second verse, I recorded the first verse, and then Nicki was played it in the studio and was like, ‘I’ve got to jump on this.’ We didn’t go to her and ask; she wanted to do it.”

Of Nicki’s bars, the “Price Tag” hitmaker said, “I’ll never forget: I was in my bedroom in my flat in London, and I got sent the version with Nicki on it. I just sat at the end of my bed holding my phone, staring at the floor, going, ‘How the f**k did I land this?’ I literally felt like I’d won a competition.”