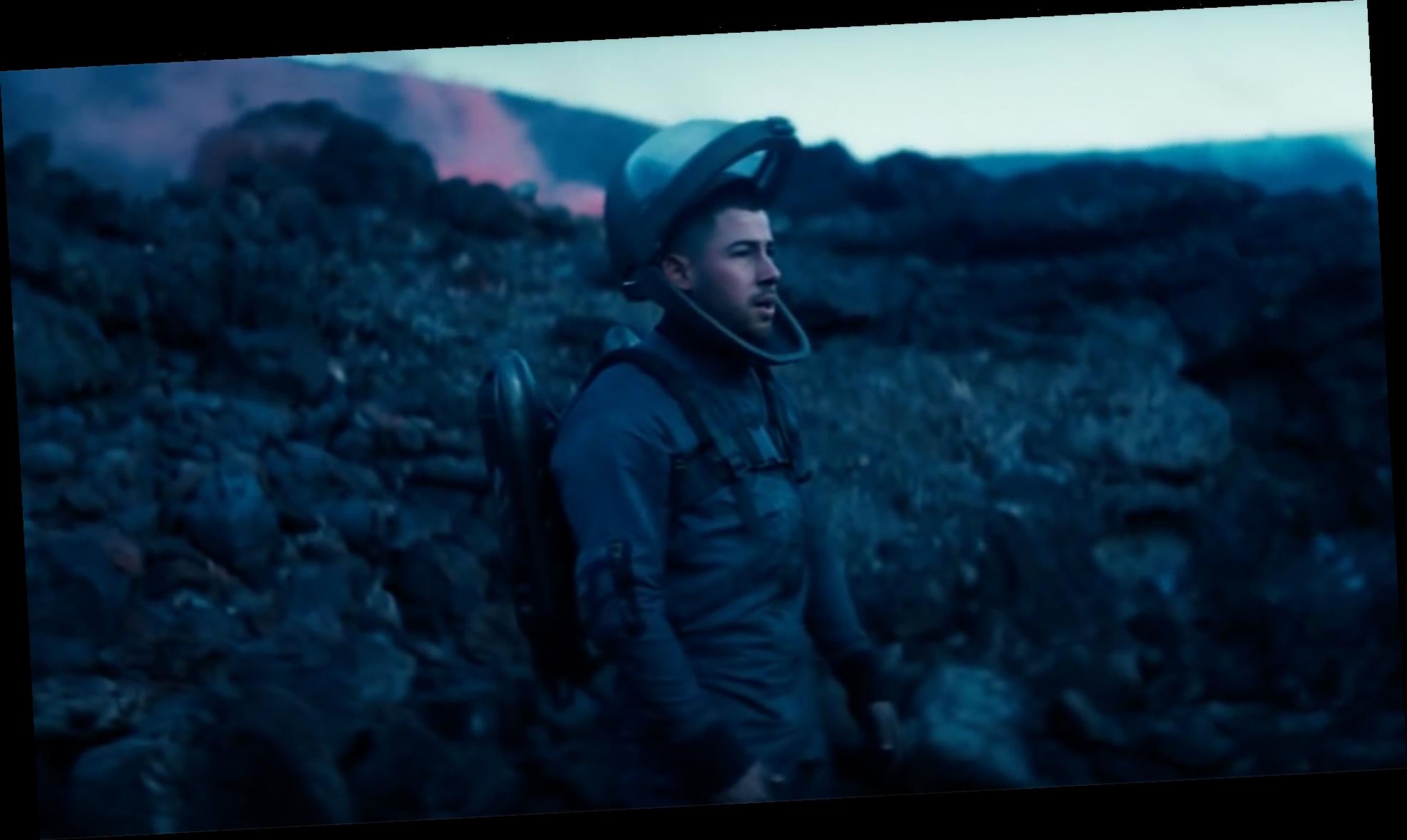 Nick Jonas' newest track is out of this world.

The Jonas Brothers member debuted the music video for his latest single "Spaceman" on YouTube Thursday night, taking fans on an intergalactic adventure amid the release of his fourth studio album of the same name.

In the video, Jonas, 28, lands on a desolate planet and takes off on an exploratory mission, but soon becomes frustrated with his surroundings and continual solitude.

Later scenes include his real-life wife Priyanka Chopra Jonas (in hologram form), who reaches out a hand to her husband in his visions, seemingly prompting Jonas to embark on his jetpack-fueled journey home. Jonas released "Spaceman" late last month, as the third track of his next album of the same name, which drops Friday. Spaceman consists of 11 new songs, including "This Is Heaven," "Sexual" and "Death Do Us Part."

The new track's lyrics delve into the coronavirus pandemic and the anxiety The Voice coach felt during the 2020 presidential election.

"They say it's a phase, it'll change if we vote / And I pray that it will, but I know that it won't," he sings, later adding, "And the numbers are high but we keep goin' down / 'Cause we ain't supposed to live with nobody around."

Jonas performed the song for the first time during his recent Saturday Night Live hosting gig on Feb. 27, alongside "This Is Heaven." During a recent conversation with Apple Music's Zane Lowe, Jonas talked about his new album's concept.

"I think the key for me was trying to find a way to give this idea a persona, give it a name. So 'Spaceman' came into my mind because I was thinking, 'What's the one thing that all of us have felt during this time?' It's just completely disconnected from the world," he said.

Jonas continued, "We've gotten so accustomed to looking at a screen instead of human interaction, and I think the thing that keeps us all encouraged and hopeful is just the idea of knowing that there will be a tomorrow when this isn't our reality, and I think the body of work as a whole tracks that."

"But it felt like the right thing to start with 'Spaceman' because it is such a stark visual and creative idea to then start the conversation of songs like 'This Is Heaven,' which I'm really excited about," he added. "It touches on some of the things I did with 'Jealous' and tracks like that, but in a new way, and just trying to continue to get better and evolve every day, push myself."