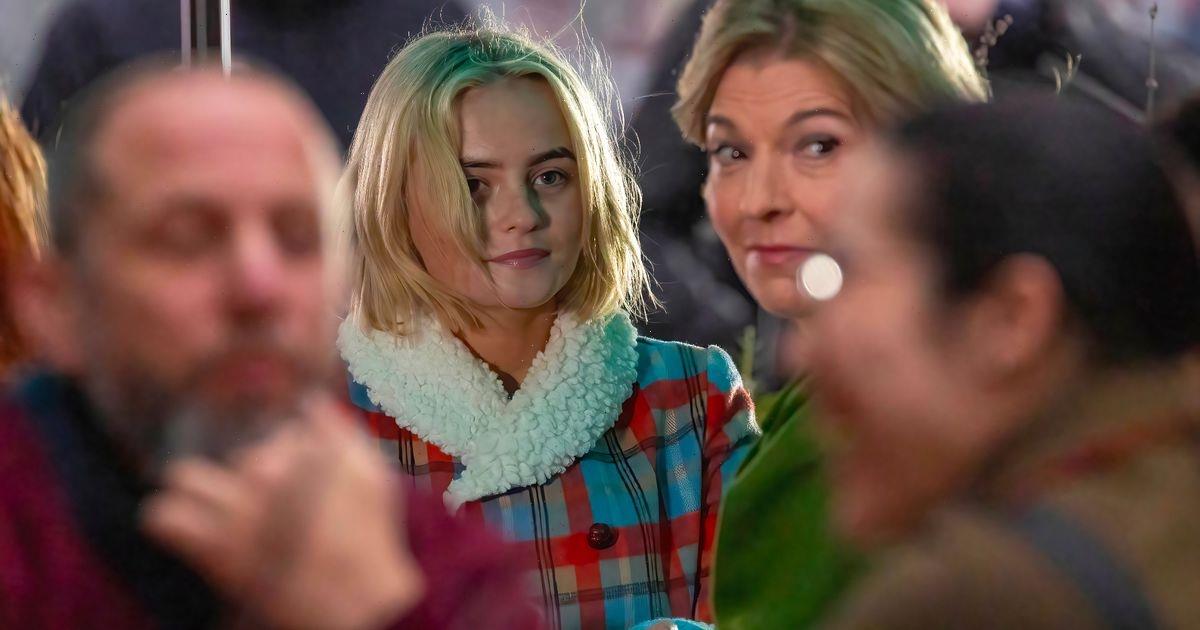 Coronation Street beauty Millie Gibson has been spotted on the set of Doctor Who for the first time.

The actress – who is playing the Timelord’s new companion from later this year – was snapped filming scenes in Wales with Jemma Redgrave.

The first look images showed the 18-year-old sitting at a table with Jemma, who stars as UNIT boss Kate Lethbridge-Stewart in the BBC sci-fi hit.

Millie was wrapped in a red and blue coat and was wearing her blonde hair, which used to be long, in a tousled bob.

Her character looked tense, staring into the distance as a hot drink rested on the table in front of her.

Another snap showed a scene with soldiers carrying weapons surrounding a military vehicle.

Millie found fame as Kelly Neelan on the cobbles but left the ITV soap last year.

Soon afterwards it was announced that she was heading for the Tardis and that she had bagged the role of companion Ruby Sunday.

She will star alongside new Doctor Ncuti Gatwa, of Sex Education fame, and is expected to make her debut over the festive season this year.

When the casting was announced, Millie said it was a huge honour but confessed that she was still “in total disbelief”.

“It is a gift of a role, and a dream come true, and I will do everything to try and fill the boots the fellow companions have travelled in before me,” she said.

“And what better way to do that than being by the fabulous Ncuti Gatwa’s side, I just can’t wait to get started," added the actress/

After Millie was cast, Ncuti said that she was “the companion”.

Praising her skill, he said: "She is full of talent, strength, she has a cheeky sparkle in her eye and is sharp as a razor.

"From the moment she walked into the room she captured all of our attention with her effervescence and then solidified that attention with the sheer torque of her talent.

"This adventure is going to be so wild and so fun, I cannot WAIT to sail the universe with Millie!"

Before Ncuti takes over, former Doctor Who David Tennant will be returning to the role following the departure of Jodie Whittaker.

Ncuti will then step in as the character regenerates.

In December, the show's Twitter account shared a video of a clapperboard to tell fans that cameras were rolling on the next eagerly-awaited instalment.

"Filming has officially begun today for the next series of Doctor Who!" is said.

Thrilled fans could barely contain their excitement at the news.

"I can't wait," said somebody else.