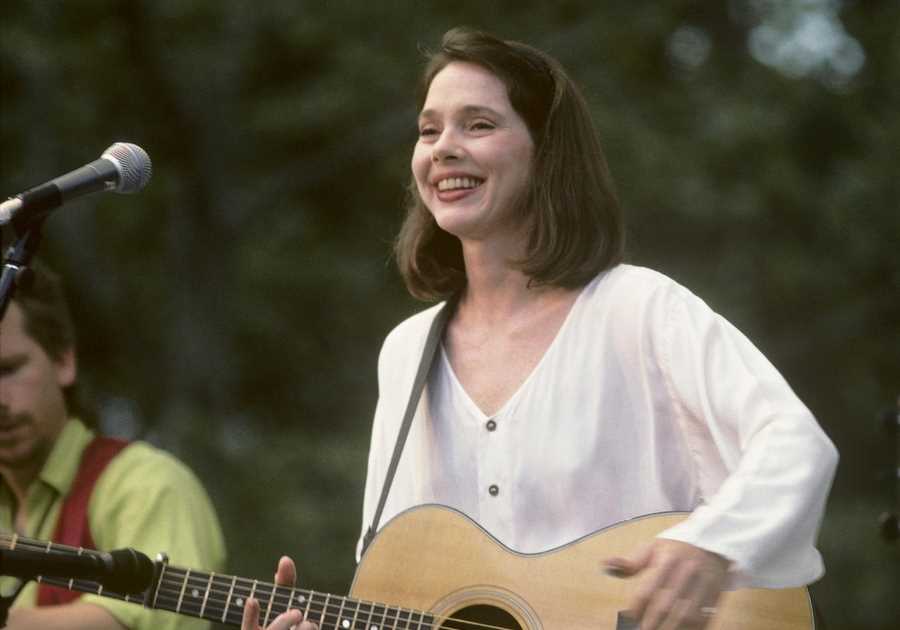 IT’S A FOGGY AFTERNOON IN NASHVILLE, and Nanci Griffith is sitting in a near-empty restaurant by a cold fireplace. Her face, waif-like except for her animated brown eyes, is tired. Griffith may be one of the most critically acclaimed and beloved veterans of the country-folk-pop scene, but she’s fed up.

Not that anyone could blame her. After touring almost constantly for ten years, garnering a Grammy nomination in 1986 and building a huge following in Ireland and England, she has yet to crack America’s consciousness. “Why do I have to do this?” she asks. “I write good music, and I don’t just toss it off. Why, at 37 years and my ninth album, am I still having to stay on the road 11 months a year when someone like Tracy Chapman can come along and have one huge hit and is set for life?” Like any self-respecting songwriter, Griffith has taken her frustration, added a few good hooks and put out an album, Late Night Grande Hotel, much of which reflects the desperate loneliness of life on the road.

Griffith’s distress is all the more poignant when you consider that she’s been at this almost since she could read. Growing up in Austin, Texas, Griffith was surrounded by music — her father listened to Woody Guthrie, her mother to Sinatra. Nanci was six when they divorced. She turned to the guitar and eight years later was playing at local coffeehouses. After graduating from college, Griffith taught school and married local songwriter Eric Taylor. Eventually Griffith left both teaching and her husband. “I’m very close to him,” she says, “but when we were married, he was a Vietnam veteran with a drug addiction.”

Griffith began recording albums for independent labels. Her fourth record, Last of the True Believers (Rounder Records), was nominated for a Best Contemporary Folk Album Grammy, and Griffith soon signed with MCA Nashville. According to Griffith, the label didn’t know what to do with her. She allows that her voice, which is all highs, takes some getting used to, but she was flabbergasted when “the radio person at MCA Nashville told me that I would never be on radio because my voice hurt people’s ears.” After a few albums, she was shifted over to MCA’s pop division.

Griffith seems happy with Late Night Grande Hotel. It features an orchestra on some cuts, allowing for a romantic, generous and certainly poppier sound than her past efforts. Even though it was recorded in England with English producers (Rod Argent and Peter Van Hooke, who produced Tanita Tikaram’s Ancient Heart), Griffith says: “It feels very Southern. The album has a sense of place.” For Griffith, whose best songs work as pared-down, evocative short stories, getting the place and character right is paramount. She can sing about the attraction and dreariness of solitude on “It’s Just Another Morning Here,” which seems quite autobiographical, then take on the character of a homeless person with equal effectiveness.

Despite Griffith’s skill as a performer, other artists have had more success with her material than she has. The Grammy-winning “From a Distance,” penned by Julie Gold, has been a Griffith signature for years. But it was Bette Midler who had the hit. And Kathy Mattea took Griffith’s “Love at the Five and Dime” to the Top 10 on the country charts. Griffith says that doesn’t really bother her: “It feels great that Kathy has to sing that for the rest of her life and I don’t.”

Griffith seems to appreciate the freedom afforded her by her moderate success. As soon as she wraps her tour in late spring, she plans on coming home to her 100-year-old house in Franklin, Tennessee, and settling down with her boyfriend, singer-songwriter Tom Kimmel. She’s even talking about having a baby. “I’m like E.T.,” she says. “Home is this incredible thing for me.” Not that she’s retiring. Griffith still intends to perform once in a while, and if she has her way, she’ll be writing songs as long as she can wrap her fingers around a pen. “Longevity — I guess that’s the brass ring for me,” she says. “I still want to hear my music coming back to me when I’m sixty-five.” Suddenly she looks a lot less tired.