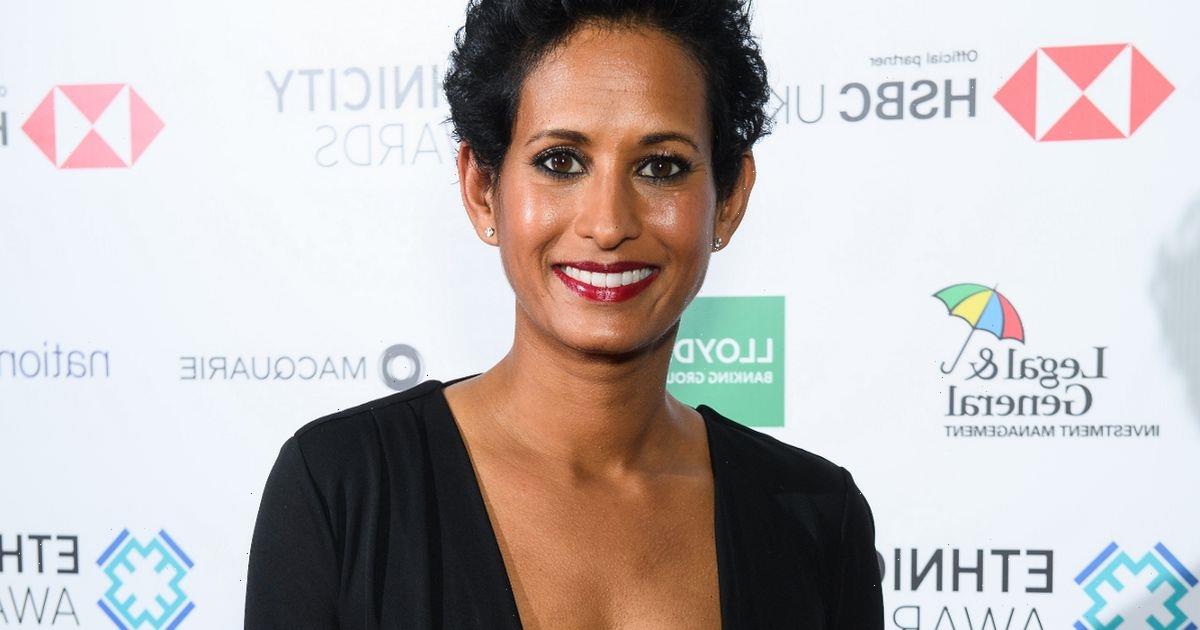 Naga hosts BBC One's Breakfast from Thursday to Saturday with her co-host Charlie Stayt, but she took a minute out of her schedule to send a sweet message to her BBC pal Laura on her new job news.

Laura is set to replace Andrew Marr as the permanent TV host of the BBC's Sunday morning politics show, which was previously called The Andrew Marr Show.

It comes after she announced she was stepping down as the BBC's political editor last December.

The broadcaster confirmed its flagship politics show will launch in September with a new name, set and format including a new theme tune.

Announcing the news on Twitter, Laura wrote: "I'm extremely happy to say that I'll be in the BBC politics chair on Sunday mornings from September…

She added: "it's a genuine honour and real thrill to be working with an amazing team on the show, can't wait to get started!"

Marr previously hosted his Sunday BBC show for 16 years before leaving the channel at the end of last year.

Laura also said of her move: "I couldn’t be more delighted. For decades Sunday morning has been the moment to explore the events that shape us and to challenge and listen to our politicians.

"It’s an honour to take the chair for that conversation in the 2020s."

"I’d like to thank Sophie Raworth for stepping in to present the show this year, alongside anchoring the BBC news bulletins at Six and Ten o’clock."

Announcing her decision to step down as BBC's political editor last year, Laura admitted she'd miss the "daily drama" of her senior job.

Laura said: "I’ve been so lucky to do the best daily reporting job in the business, with the best colleagues anyone could wish for…"

"It’s been incredible to occupy the chair during a time of such huge change and to try to make sense of it for our viewers, listeners and readers online.

"I’ll miss the daily drama, and our wonderful team in Westminster, immensely. But after nearly seven years and what feels like decades’ worth of headlines, it’s time for the next move."