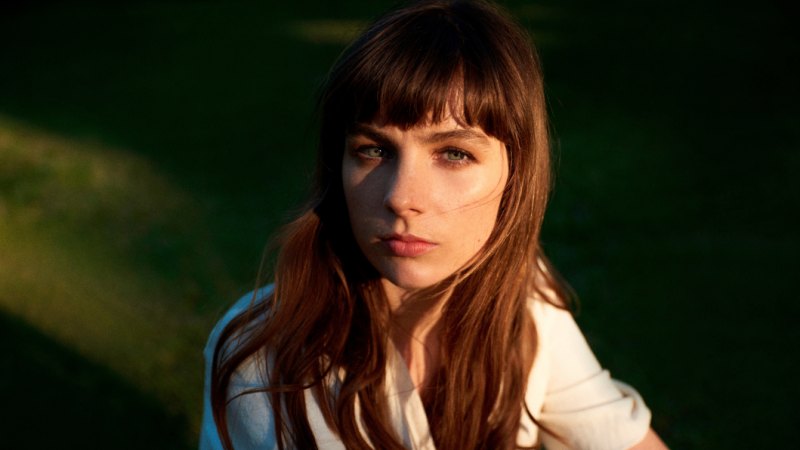 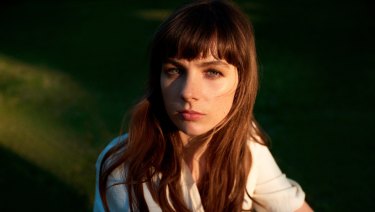 Flitting between silky smooth and gritty, Gena Rose Bruce is carving a sound of her own.Credit:Tasha Tylee.

"When I'm high I preach that I am gonna make something of myself," Gena Rose Bruce sings on Coming Down, "but what I say is meaningless." These strange millennial contradictions make the Melbourne singer-songwriter's debut album a crystallisation of a certain time and place. Over 11 songs, Bruce shares observations on love and life, with her strong vocals flitting between silky-smooth and commandingly gritty. First single Angel Face is a deliciously slow build, from a simple plodding bass and duelling guitar lines to a fuzzy psychedelic cacophony, on top of which Bruce sings the album's title over and over again. There are a host of influences here: the lush, jangly hook of Rearview draws from the school of dream-pop, for instance, while Revive relies on synthesised simplicity to create a tiny microcosm of a world within its four minutes. Elsewhere, Bruce flirts with alt-country and acoustic styles – the record sees her span a range of genres and approaches, but still feels cohesive and utterly engaging. It's an easy route for critics to compare new artists to those more established, but that would be a disservice here: Gena Rose Bruce is carving a sound distinctly her own. GISELLE AU-NHIEN NGUYEN

It comes in waves: troughs of slight respite walled in by rearing crests from which white fragments spray at dangerous velocities. Sometimes Scott McConnachie (alto and sopranino saxophones), Carl Dewhust (guitar) and Simon Barker (drums) invoke all the furies of hell, and the density and intensity of the collective improvising is like a physical weight in the room. But players of such calibre know the ears can easily be fatigued, and for every wave comes a trough of beauty, calm or even serenity. When the two long improvisations (filling this superbly recorded vinyl release) are at their most sparse, labyrinthine connections are still being made between the three players. Moments of anguish from the saxophone may be underpinned by a chatter of disquiet from the guitar and drums, for instance, rather an echo of the same emotion, and all three use contrast to lance bubbles of potential predictability. After playing alto on the opening Distal Watch, McConnachie turns to sopranino on Lupo, achieving an array of timbres well beyond the instrument's usual piping shrillness, which Dewhurst and Barker meet with their endless textural ingenuity, and meanwhile the three-way narrative instinct is spellbinding. JOHN SHAND

Lonnie Lee was a key player in the first wave of Australian rock'n'roll, back in the heady days of the Sydney Stadium, with his peers being such stars as Johnny O'Keefe and Col Joye. It is impressive that, at the age of 77, not only is the Sydney-based Lee still on the road, but he also keeps recording. And Lee continues to channel the sound and spirit of rock'n'roll, 1950s-style, on this record, which combines five originals with a batch of standards and curios from Sam Cooke, Ray Charles, Otis Blackwell and John Marascalco (who wrote Lee's signature song, Starlight Starbright, which was a big hit in 1960). The vibe of the album is pure Sun Studio, with just a hint of Happy Days: it is big on energy and contains simple, effective playing, with the odd sprinkle of sugar, as when Lee turns the lights down low for Only Sixteen and Woman in Love. But, as his roaring take on I Got a Woman goes to show, Lee can still raise a little hell. Back to Base X proves that Lonnie Lee is the authentic article: in the man's own words, he is truly a "real gone cat". You can hear him launch Back to Base X at the Brass Monkey in Cronulla on July 7. JEFF APTER

For too long the term "world music" has applied overwhelmingly to music from Africa, the Indian subcontinent and South America. Asia and the Pacific have been the Cinderellas at the party. Not any more! This 18-song collection, produced by Australian Tim Cole and Taiwan's BaoBao Chen, is a sublime, sunny, authentically traditional and wonderfully multicultural exploration of the music of Taiwan, Solomon Islands, Bougainville, Aotearoa/New Zealand, Sarawak, Borneo, Rapa Nui (Easter Island), Tahiti, Hawaii, the Philippines, Vanuatu, Bali, the Torres Strait, PNG, Malaysia and Madagascar. It is the music of the sea; of seafaring; a music rooted deep in the culture of the islands, and enriched by the sounds of local environments and a fascinating interplay between musicians. Typical is Ka Va'ai Mai Koe, a song from Rapa Nui set against the sound of waves breaking on New Zealand's Pia Beach, and performed by musicians from Hawaii, Malaysia, Tahiti and the Torres Strait. Rapa Nui composer/singer Yoyo Tuki asks simply that we all make the world a better place through harmony with nature. Oh, yes, and the beautifully packaged album comes with a 56-page booklet made from tapa bark and sugar cane fibre. BRUCE ELDER

In an era where producers have become stars, artists like Mark Ronson command a new kind of cultural cachet. "I'm definitely not a pop star," he insists, but Ronson's latest record is filled with the most popular artists on the planet, including Miley Cyrus and Camila Cabello. Unable to elicit the feverish, chart-topping moments of his last effort, Ronson opts for an onslaught of meditative, feminine energy that harks back to the early noughties. Electropop progenitor Lykke Li appears three times: distorted and distant on Late Night Prelude, contemplative on Balearic-inspired Late Night Feelings, and exercising the shrill lilt of her voice on the acoustic, sun-washed 2 AM. Gospel singer Yebba brings soul to the funk grooves of Knock Knock Knock, Don't Leave Me Lonely and the slow-burning, jazz-inspired When You Went Away. Truth is gritty and energetic, seeing Alicia Keys and the Last Artful, Dodgr joining forces to create a triumphant, hip-hop flecked pop hit, offsetting the record's more stagnant moments. Ronson successfully shepherds a slew of wonderful performers, but his direction lacks momentum, with Why Hide and the Angel Olsen-assisted True Blue veering into monotony. KISH LAL

Madonna's 21st-century music, made in the considerable shadow of her breakthrough hit singles and cultural ascent, has gone back and forth between a desire for relevance and a yen to experiment: for every calibrated collaboration with a Justin Timberlake or Nicki Minaj, there is a bonkers album track or a disco throb dance-off. With its taste for rhythmic Latin pop, artful flourishes and (vague) political dictates, Madame X embraces the latter tendency. It is by no means a great album, but it's eclectic in tone and always committed to fulfilling each song's diverse ambitions. It skips between the barrio street rally of Batuka and the baroque saviour ballad Killers Who Are Partying with confidence, even if the multi-lingual commentary could do with an extra dancefloor filler or two. Sepulchral choirs dot these songs, with Madonna casting herself as a symbol of salvation for the downtrodden, but her beliefs are never completely altruistic. Believing in Madonna is the faith that truly nourishes her, and this unpredictable record sets her up as the ultimate gatekeeper. "Not everyone is coming to the future," she warns on Future. "Not everyone's that here is gonna last." CRAIG MATHIESON