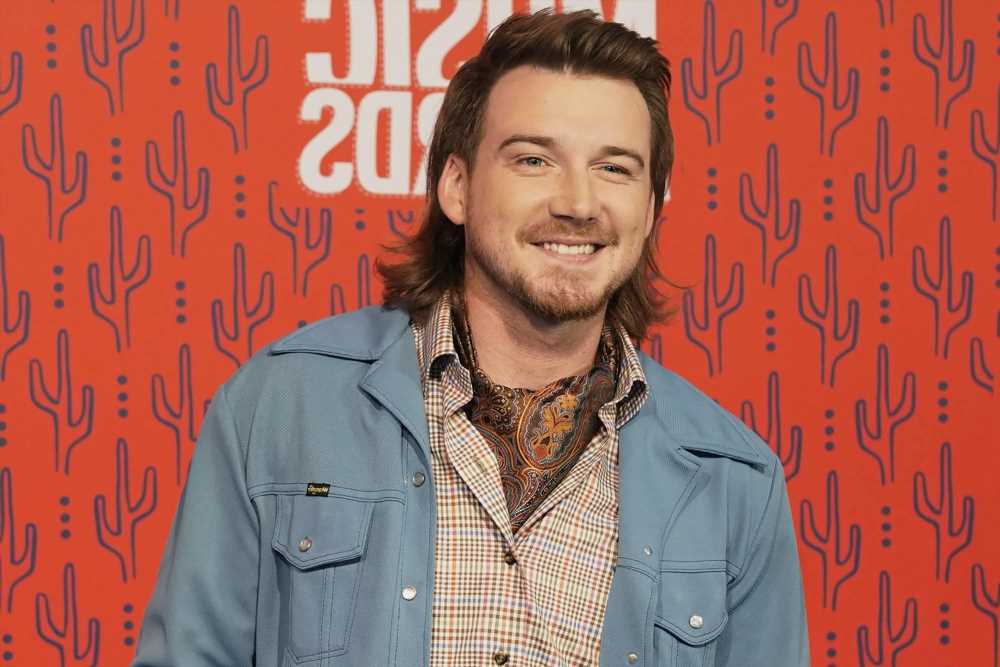 Morgan Wallen addressed his use of a racist slur in a video leaked earlier this year, as well as his stint in rehab and more in an interview on Good Morning America Friday, July 23rd.

The interview with Michael Strahan was Wallen’s first major press appearance since the video of him shouting expletives, including n-word, leaked in February. While the condemnation was swift — Wallen’s label suspended him, he became ineligible from some industry awards, he was dropped from streaming playlists — Wallen’s album, Dangerous: The Double Album continued to sell and stream incredibly well, and he remains the best-selling artist of 2021.

In the interview, Strahan pushed Wallen on why he used the slur, to which the singer replied, “I was around some of my friends, and we just… we say dumb stuff together. And it was — in our minds, it’s playful. I don’t know, that sounds ignorant, but that’s really where it came from. And it’s wrong.”

Morgan Wallen, the Winner No One Can Admit

The Biggest Albums of 2021 So Far: Pop Strikes Back

Black Sabbath on the Making of 'Vol. 4': 'It Was Absolute Pandemonium'

At the very end of the interview, Strahan noted the issues black artists face in country music, and asked Wallen if he thought the country music industry as a whole had a race problem. “It would seem that way, yeah,” Wallen replied. “I haven’t really sat and thought about that.”

As for the incident itself, Wallen admitted that he had used the word around the same group of friends in the past. In the video, he said, he didn’t mean to use the word in a derogatory manner, and that he had been asking a friend’s girlfriend to take care of him because he was drunk. When asked what made him think the word was “ever appropriate to use,” Wallen replied, “I’m not sure, I think I was just ignorant about it. I don’t think I sat down and was like, ‘Is this right or is this wrong?’”

When Strahan asked Wallen if he understood why the slur is so offensive, he said, “I don’t know how to put myself in their shoes because I’m not. But I do understand, especially when I say I’m using it playfully or whatever, ignorantly, I understand that that must sound, you know, like, ‘He doesn’t — he doesn’t understand.’”

Wallen mostly laid low in the aftermath, popping up a week after the video surfaced to ask fans not to defend him and later posting a handwritten letter about how he had decided he wasn’t going to tour this summer. Otherwise, his Instagram was mostly populated with photos from golfing trips with Eric Church or spending time with his infant son. His lone public performance was an unannounced visit to Kid Rock’s Big Ass Honky Tonk and Rock & Roll Steakhouse, where he performed some of his hit “Whiskey Glasses.”

In the interview, Wallen did address some of the some of the work he’d done in the months after the video leaked, including speaking with members of the Black Music Action Coalition, record executive Kevin Liles, gospel singer BeBe Winans, and Universal Music Group’s executive Vice President and inclusion officer Eric Hutcherson. He also said he checked himself into rehab as he was “trying to figure out why am I acting this way? Do I have an alcohol problem? Do I have a deeper issue?”

At the end of the interview, Wallen addressed the continued success of Dangerous in the wake of the scandal. He said he and his team tried to “calculate what the number of — how much it actually spiked from this incident,” and they came to “a number somewhere around $500,000.” Wallen said they were going to donate that money to several organizations, including BMAC (BMAC did not immediately return Rolling Stone’s request for comment).