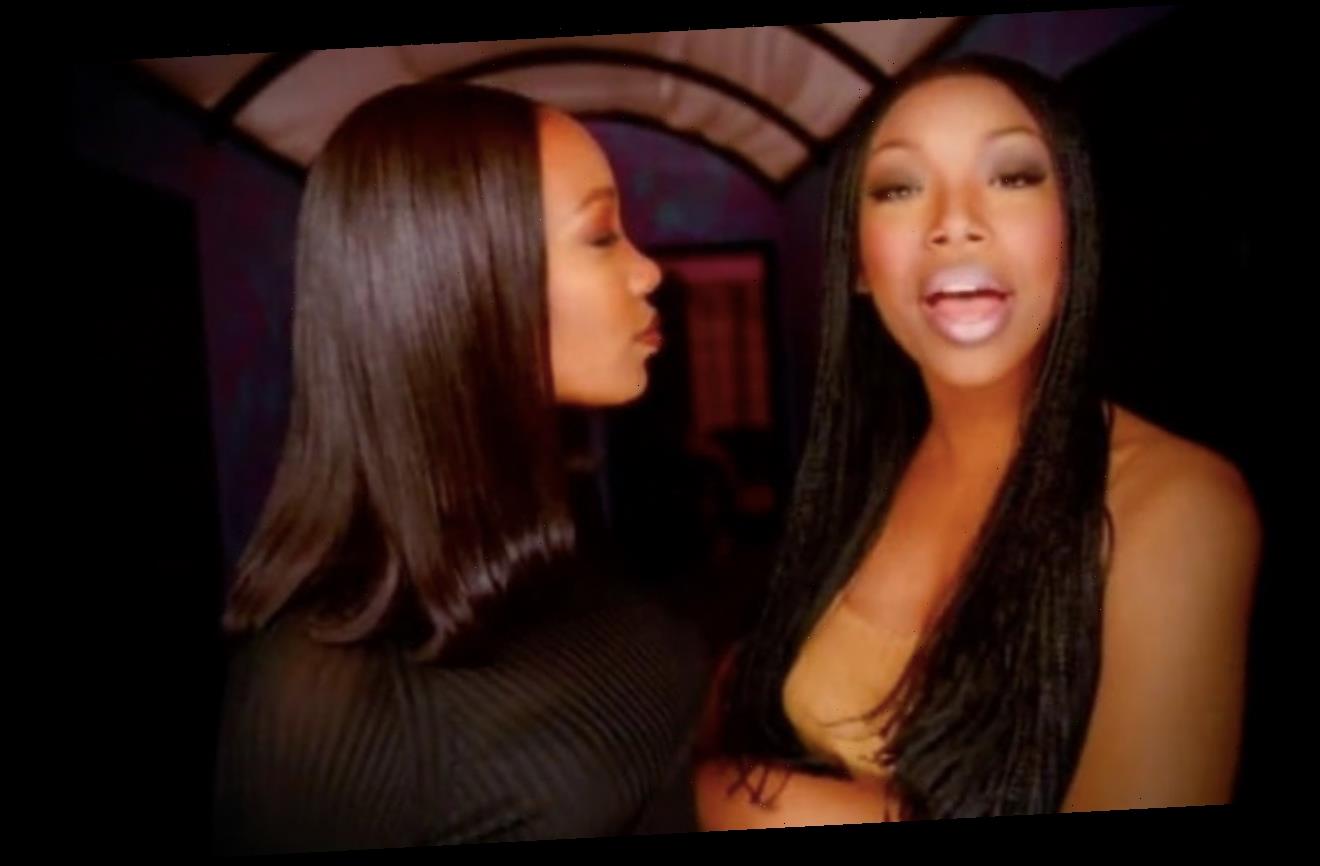 That aside, the two powerhouse RnB singers are set to reunite for a collaborative project between Peloton and ‘Verzuz’ as they launch their new Peloton Verzuz Artist Series.

AceShowbiz -Even years after Monica and Brandy released their hit “The Boy Is Mine”, people are still talking about the iconic track. Apparently, one fan thought that the singers were fighting over a man for real with the song and that prompted Monice to clear up the misunderstanding.

” ‘The Boy is Mine’ gives me such secondhand embarrassment,” the fan wrote in a tweet over the weekend. “@4everBrandy and @MonicaDenise fighting over a MAN when they’re both goddesses? makes me sick.”

Monica caught wind of the post and didn’t hesitate to clap back at the fan. “I think she and I both are more concerned that 20 + plus years later you’ve still not come to grips with it not being real [laughing and crying emojis] GTFOS Sincerely from the 90s,” she told the fan.

Monica clapped back at fan.

Fans were amused by the interaction as one replied, “That girl was born in the 2000s. She don’t know no better.” Someone else tweeted, “Lmfaooo got her a** together.” One person added, “This is what happens when you’re too woke, your a$$ get the wrong one. Get some sleep, this woke stuff aint fuh everybody.”

“Oop!!!! The secondhand embarrassment i have for her right now….,” another fan said. “Did she think y’all was beefing over and man and then decided to hop on a diss track together?!?” one user wrote. However, someone thought the first user was just joking. “I could be wrong, but I don’t think she was being serious,” the person noted.

That aside, Monica and Brandy are set to reunite for a collaborative project between Peloton and “Verzuz”. Announcing the project, Monica wrote to her Twitter followers, “Peloton just launched their new Peloton Verzuz Artist Series. It’s me vs. Brandy. Join me on the Peloton Bike, Tread or App and get ready for all my hits. This is fitness like you’ve never seen it before. Download the Peloton App and check it out today!”