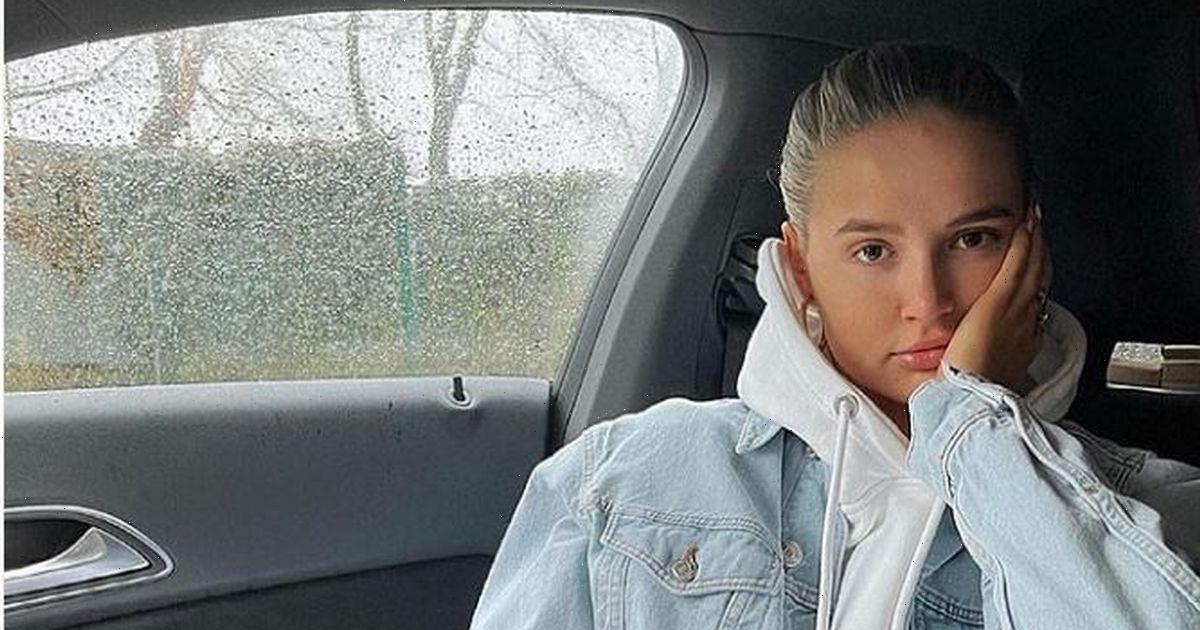 Love Island's Molly-May Hague begged fans for help on Instagram after discovering a "weird lump" on her finger.

Taking advantage of her 5.4 million followers knowledge the 21-year-old explained how the peculiar lump had been there for "ages" and asked if anyone knew what it was.

She described the lump as "rock hard" and painless despite its rather awkward appearance on her left ring finger but admitted it left her confused about what it actually was.

Posting on Instagram story the Love Island influencer wrote: "I have a very weird/big lump on my finger and I have for ages now.

"No idea what it is! Bone? Nodule? It doesn't hurt it is just rock hard! Doesn't even look big here but it really sticks out!"

Despite her relaxed tone the strange lump no doubt brought back memories for Molly from last November when she broke down in tears after she was diagnosed malignant melanoma, a form of skin cancer.

The influencer first got the mole checked out by two dermatologists, but was reassured it was nothing to worry about, reports the Mirror.

However worried Molly-Mae eventually got a third professional opinion during a routine check-up as she felt something wasn't quite right.

She said her mum first noticed it while she was on Love Island and it had since got bigger.

Talking about the scary experience in a video, Molly-Mae explained the third doctor instantly told her to get it removed.

The social media star was joined by boyfriend Tommy Fury as she made her way to the hospital for surgery.

The TV star was left "upset and angry" as she discussed what happened with her mole in a vlog at the time.

Molly-Mae said: "I cannot believe I was told by others doctors it was OK. I am so upset and angry. I just briefly asked this doctor when I was walking out. I was walking around with skin cancer on my leg.

"If I hadn't of asked, I'd still have that mole on my leg now and I'd be none the wiser. It could be spreading through my body, you just never know."

She added: "The main message of this vlog that you need to understand is to get your moles checked. I cannot stress this enough. Use your initiative and be smart. If I hadn't I could have been in serious trouble.