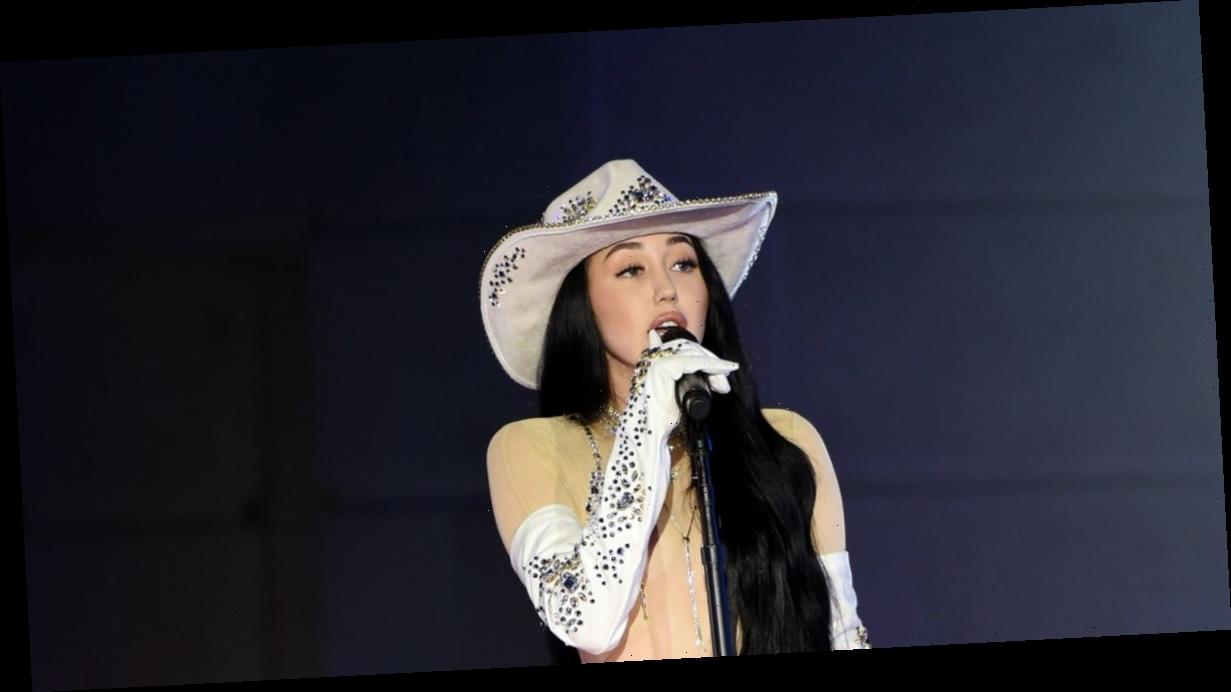 She's only 20-years-old, but Noah Cyrus is quickly becoming hot competition for her older sister Miley.

The singer-songwriter looked incredible in her latest Instagram post as she stripped off, wearing nothing but a teeny-tiny, shimmering thong.

Working a pair of glittering knee-high boots, Noah pulled a sultry pout for the camera as she protected her modesty with her hands.

A second shot showed her standing to the side and ensuring her pert derrière was well and truly on show in the skimpy underwear.

Noah, who is seven years younger than her famous sibling, captioned the pictures: "lost film from the grammys," and credited fashion director Phil Gomez.

Noah's 5.9million followers were quick to comment on the post, with one fan simply writing: "YOU’RE ART."

A second person added: "You were gorgeous that night," while a third said: "They thought Miley was wild, get it girl."

Noah is no stranger to posting racy content, as just last month she left fans in a hot sweat with another saucy social media display as she donned a metallic gold corset and matching knickers.

Noah grabbed her boobs for the saucy Boomerang clip as she posed up a storm for the camera.

The raven-haired starlet released her debut single Make Me (Cry) in 2016 which features vocals from Labrinth.

The songwriter is the fifth child of Billy Ray and Tish Cyrus, and the youngest sibling of Trace, Brandi, and Miley Cyrus.

Opening up about the reality of growing up in a famous family, Noah told tmrw earlier this year: "I've always understood that I had a 'powerful' last name, or a well-known last name, so that's not really what I wanted to be tied to."

Instead, the songstress has the name "Noah" tattoed on her body, as she explained: "I always wanted to be tied to Noah."

Noah also revealed her famous name can lead to some unwanted attention online, saying: "I think what's weird about people on the Internet is that they think if you have a well-known last name that whatever they say to you may not hurt your feelings or that whatever they say about you couldn't possibly make its way to you or hurt you.

"There's no mercy from people who see you only as public. I would say what bothers me the most is that people think that they can just say whatever the f*** they want, and it doesn't really have a consequence to it or it doesn't affect anything ‘cause it's said over the internet."