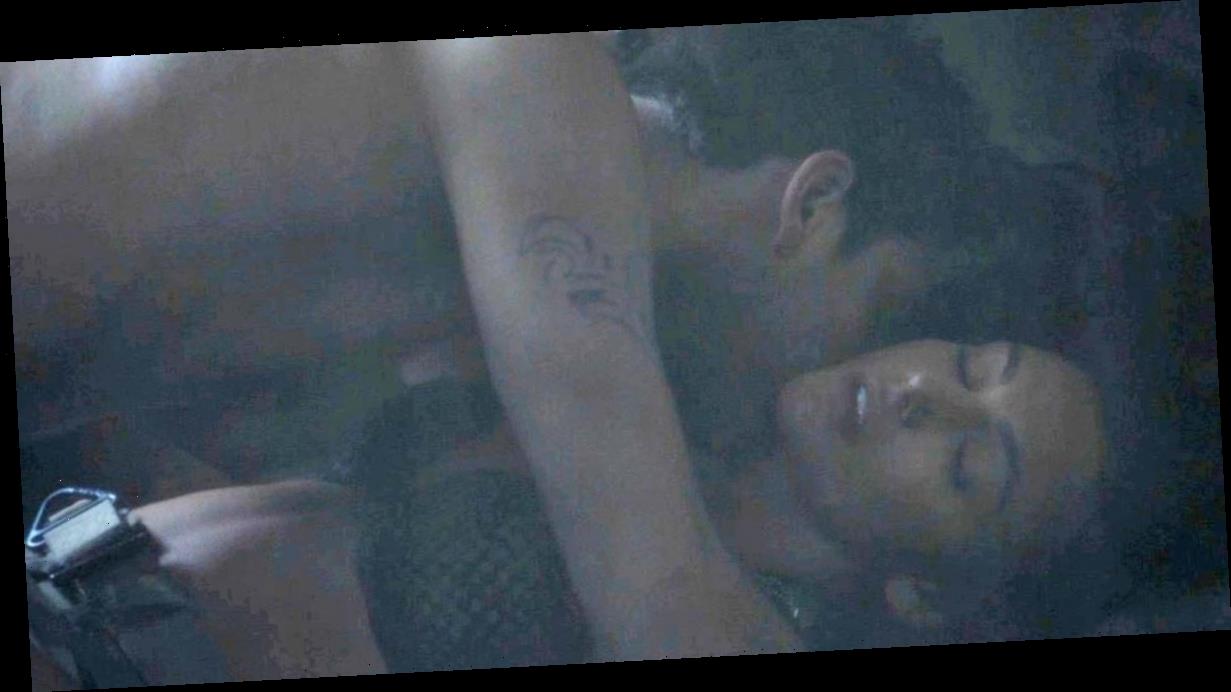 Michelle Keegan has won over legions of fans over the years, thanks to her racy lads' mags covers, naked displays, and steamy TV romps.

Mark Wright's wife was offered the part of Tina McIntyre in Coronation Street in 2007 and quickly accepted the role, beating around 900 other people who auditioned.

During her time on the beloved ITV soap, the brunette bombshell quickly rose to fame, not only because of her acting prowess, but her stunning good looks and hourglass proportions also stole the limelight.

Aside from her TV appearances, which has seen the beauty appear in shows like Our Girl and Brassic, Michelle has also become one of the UK's most lusted after pin-ups – thanks to her impressive modelling credentials and scorching magazine covers.

Here are some of Michelle's most X-rated moments:

Following her departure from the cobbles, Michelle landed her next acting gig: Corporal Georgie Lane in series 2 of the BBC drama series Our Girl.

Taking over from Lacey Turner, the natural stunner filmed a variety of hot and heavy scenes for the show including a very steamy romp with Captain Charlie James.

Georgie had been injured in an explosion earlier in the episode, and was visited by the hunk while she recovered, but the duo quickly got distracted.

The pair finally gave into temptation and stripped off for the passionate moment inside the medical tent. Oooh la la!

Sadly, Michelle has waved goodbye to Georgie and will be making her final appearance as the Corporal in a dramatic farewell tonight.

When she's not filming, the brunette bombshell jets to far-flung destinations with hubby Mark Wright.

With the former TOWIE star now back on British soil, the loved-up couple soak up the sun together – and Michelle regularly shows off her bikini bod online.

In one titillating snap, the beauty reclined on a sunbed as she proudly paraded her figure in a minuscule bikini.

There's good reason why the star is currently the face of Adidas on Very.co.uk

Michelle is currently portraying Erin in Sky One's comedy programme Brassic, which follows Dylan (Moloney) as he's forced to choose between his criminal ways and starting a new life for himself with girlfriend Erin, who is desperate to leave town.

During the first couple of minutes in the first episode, the star was involved in a x-rated clinch with her co-star.

She screams "I'm c***ing" while thrusting back and forth with pace on top of the chap in the raunchy scene.

When Dylan fumes that he hasn't finished, Erin responds: "You can finish on my t*ts."

Michelle's thirst traps on Instagram leave quite the impression with her online following.

Ramping up the sex appeal, she recently dropped a red-hot snap of a beach – but it was her pert rear that stole the show.

Wearing a red and yellow floral patterned bikini with a wraparound design underneath her cleavage, Michelle's hourglass proportions stole the show.

While she may not have bagged the award for Rear of the Year, she's a winner in our eyes.

Sex in a portaloo

Later on in the Brassic series, her character is involved in another sexy scene, only this time it took place in a portaloo.

Despite the cramp conditions, she once again was seen getting it on with boyfriend Dylan in the cramped toilet.

In one heated moment, her co-star Damien Molony put her hand over her mouth as she screamed during their love-making session.

Speaking about their copulating session to The Sun, she said: "I literally just met Damo and then we had a sex scene in the portaloo.

"It was literally like, 'Hi, nice to meet you,' then we’re told, 'Right guys, will you go in the portaloo?' It was a confined space but it sort of worked for this scene."

In 2018, the stunner showed off her killer body in a number of eye-popping reveals for a high-street retailer.

Posting the sizzling shots to her Instagram, Michelle couldn't wait to show off the sexy snaps including one near-nude reveal.

In one scorching picture, the starlet ditches her bikini top, and clutches onto her assets as she looks away from the camera.

Her killer curves demanded attention as Michelle left her long dark hair falling over her shoulder as she looked off into the distance.

It's no surprise Michelle regularly is fawned over by fans.

Michelle first appeared in the lads' mag in 2011 – just chilling in the bath with bubbles – but had to wait until 2013 to make the front.

Clad in pink jumper-and-socks combo, she sent pulses racing when the publication hit the newsstands.

In a big career-defining moment, the actress bagged the accolade of FHM's Sexiest Woman in The World in 2015 by after beating off tough competition from the likes of Kendall Jenner and Jennifer Lawrence.

To celebrate her big win, the Corrie star stripped down to a tiny black bra and dress which exposed her assets from all angles.