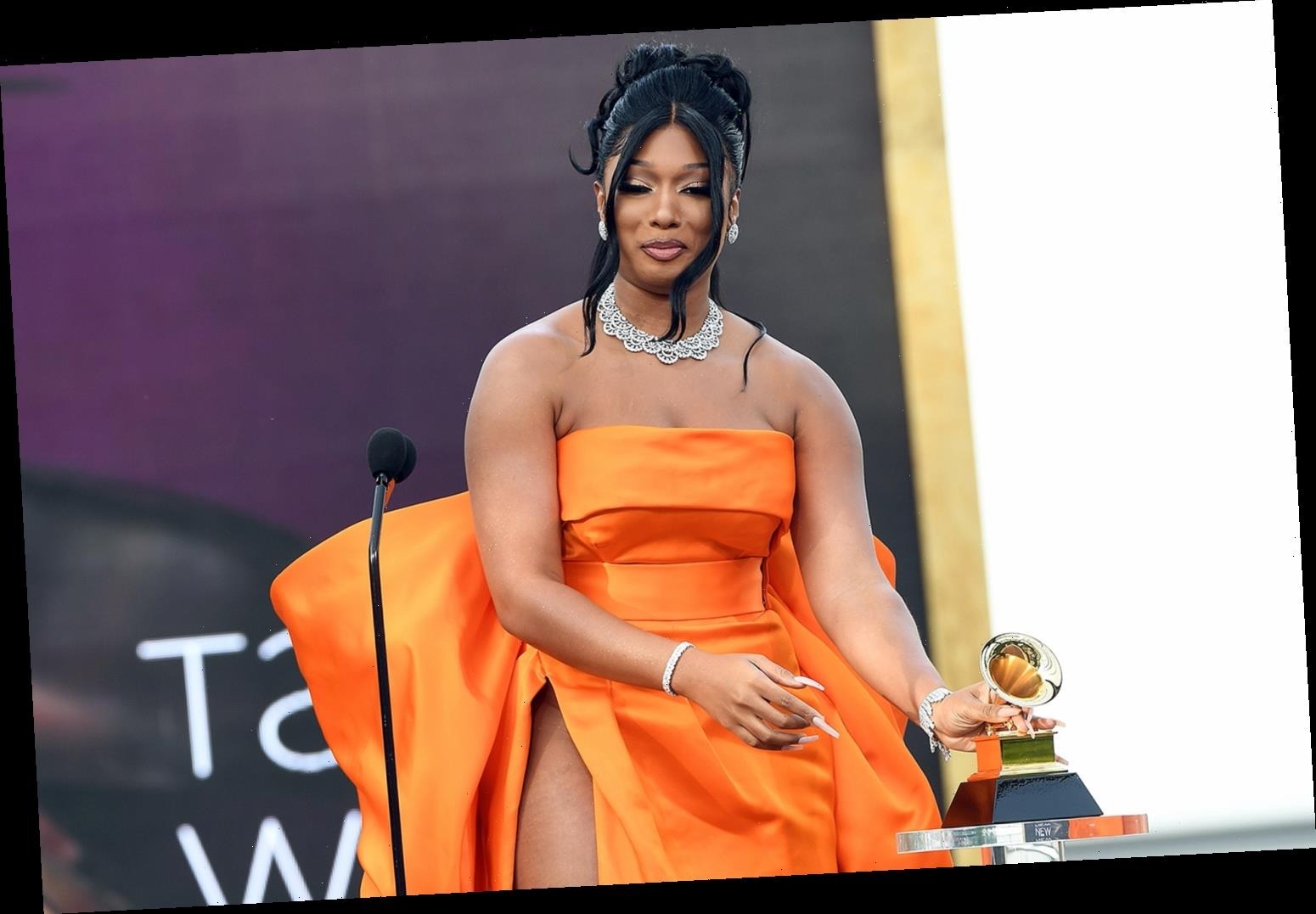 In an emotional acceptance speech after being visibly stunned at her win, Megan thanked her mom, Holly Thomas, who died in 2019 from a brain tumor.

"Thank you to my mama," Megan said from outside the Staples Center in Los Angeles after Lizzo announced her as the winner on Sunday's show. "She's not here with me today, but I know she's here with me in spirit and she always believed I could do this."

Megan, who is also set to perform at the show, gave a shout-out to her fellow nominees — Ingrid Andress, Phoebe Bridgers, Chika, Noah Cyrus, D Smoke, Doja Cat and Kaytranada — saying that "every artist that was nominated for this award is so amazing."

Billie Eilish won the category last year. (This year, Eilish, 19, is nominated for record of the year, song of the year and best pop solo performance for "Everything I Wanted" as well as best song written for visual media for the James Bond theme song "No Time to Die.")

Check out PEOPLE's full Grammys coverage to get the latest news on music's biggest night. In addition to the success of her Cardi B collaboration "WAP," the 26-year-old rapper has been climbing the music charts and earning several awards since the release of 2018's Fever mixtape with its hit single "Hot Girl Summer."

Megan's "Savage" remix with Beyoncé, which debuted in April 2020 and benefitted their hometown of Houston's Bread of Life's COVID-19 relief fund, earned her four Grammy nominations including best new artist, record of the year, best rap performance and best rap song. (Beyoncé is the most nominated artist of the night with a total of nine.)

Following the success of the "Savage" remix and "WAP," Megan released her debut album, Good News. Most recently, she collaborated with Adam Levine and Maroon 5 on the track "Beautiful Mistakes."

Speaking with PEOPLE last year, Megan opened up about the importance of a goal outside the recording studio: being in the classroom.

"I want to get my degree because I really want my mom to be proud," she said then. "She saw me going to school before she passed."

"I literally watched my mom and my grandmother get up and go to work every single day," Megan said then. "My big mama owned three houses in South Park [Houston]. She was going hard, working to provide for our family, so I've always seen her drive." Beyoncé is the most nominated artist of the night with a total of nine, followed by Taylor Swift, Roddy Ricch and Dua Lipa with six nominations each. Brittany Howard received five nominations.

Like many socially-distanced awards shows that have already taken place, this year's Grammys are being held with attendees staying safely apart to celebrate music's biggest night amid the ongoing coronavirus pandemic.

Throughout the 2021 show, several music venues across the country, which have been greatly impacted by the pandemic, are being honored as bartenders, box office managers and other day-to-day employees serve as presenters for various awards categories. Among the venues featured are the Troubadour and The Hotel Café in Los Angeles, the Apollo Theater in New York City and The Station Inn in Nashville.

The Grammy Awards, hosted by Trevor Noah, are airing on CBS Television Network and Paramount+.