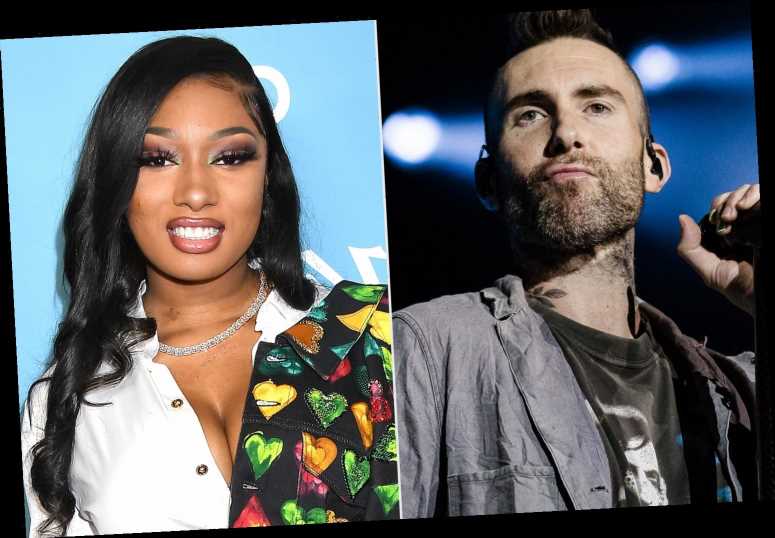 What happens when Maroon 5 and Megan Thee Stallion get together?

"BEAUTIFUL MISTAKES FT. ME OUT NOW🔥🔥🔥 run it up hotties 😛 @maroon5," Megan wrote on Instagram.

The pop song details the remnants of a romance gone awry from the perspectives of both lovers.

"It's beautiful, it's bittersweet / You're like a broken home to me," Levine begins. "I take a shot of memories / And black out like an empty street / I fill my days with the way you walk / And fill my nights with broken dreams / I make up lies inside my head / Like one day you'll come back to me."

"You did me wrong 'cause I let you," Megan kicks off her verse, before rapping about cutting ties with a lover who's mistreated her.

"Usually, I like my situations beneficial / Doin' something different, got me lookin' stupid / The only way I'm comin' back to you is if you dream it, lucid," she continues. "Prove it, if you made a promise then keep it / Why you wanna lie and then get mad? I don't believe it."

The star later adds, "Baby, why you wanna lose me like you don't need me? / Like I don't block you and you still try to reach me? / How you figure out how to call me from the TV? / You runnin' outta chances and this time I mean it."

With a new feature on "Beautiful Mistakes" alongside Maroon 5 in the mix, Megan's list of hit collaborations is stacked. Her "Savage Remix" with Beyoncé and "WAP" with Cardi B peaked at No. 1 on the Billboard Hot 100, in May and August respectively. In 2019, she joined Chance the Rapper on his track "Handsome" — the song appeared on the Billboard Global 200. As part of the Grammy nominee's cover story for Harper's Bazaar's March issue, she spoke with Rep. Maxine Waters who expressed her admiration for Megan's music. "['WAP' represents] the ability for women to take charge of what they want to say," Waters said during their video chat.

Megan appeared thrilled to be recognized by the longest serving Black female member of The House.

"To be supported by another Black woman who sends the same message, I feel like, 'You know what, I am doing the right thing and I'm gonna keep doing it 'cause Maxine Waters said I can,'" she said as they both laughed onscreen.