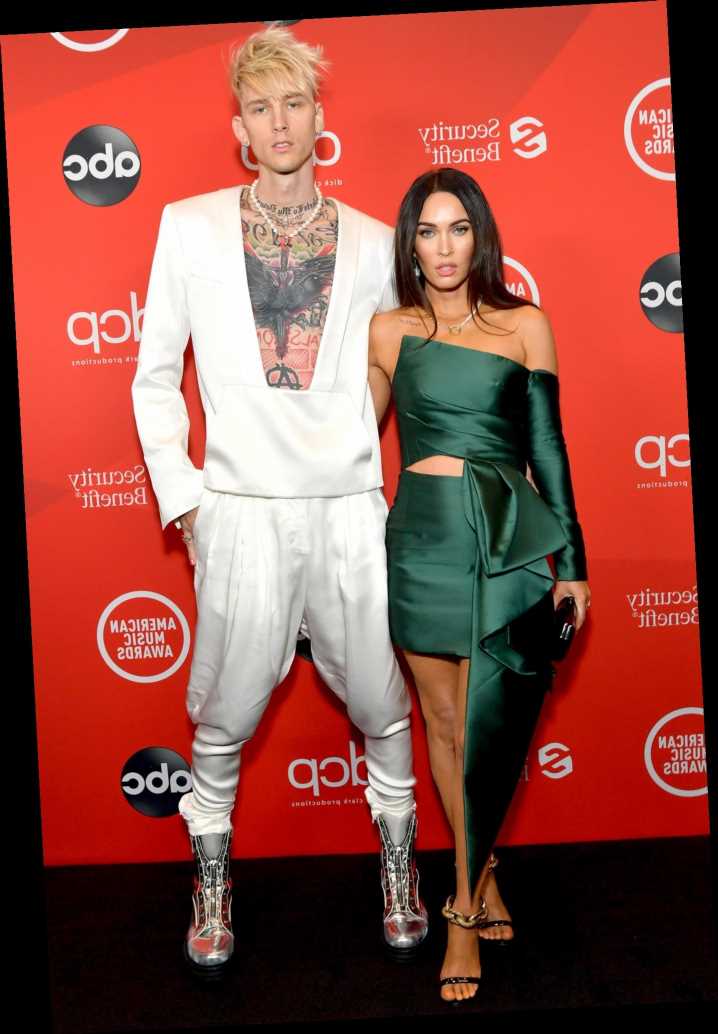 Megan Fox and Machine Gun Kelly had a date night at the American Music Awards!

Over the weekend, the couple made their awards show debut in Los Angeles, where Fox, 34, will be presenting and MGK, 30, will be performing for the first time.

The mother of three looked gorgeous in an asymmetrical green dress while the father of one was dressed in an open white top, matching bottoms and silver shoes.

The pop-punk star is set to perform a single off his newly released album Tickets to My Downfall with Blink-182's Travis Barker, who executive produced the album. In the music video for his recent song "Bloody Valentine," Fox makes multiple cameos.

The pair began dating this summer after meeting on the set of their upcoming movie Midnight in the Switchgrass. Check out PEOPLE's full AMAs coverage to get the latest news on one of music's biggest nights.

Photos of the actress and musician spending time together started circulating in May, prompting her estranged husband Brian Austin Green to confirm that he and Fox had separated last year after 10 years of marriage.

In October, Fox and MGK took a big step in their relationship when he was introduced to her children. "He recently met her kids for the first time. Megan thought it was a natural step, since they are getting more serious," a source told PEOPLE at the time.

"They are in a committed relationship and it's not just a fling. They are planning a future together," the source said, adding that the two "spend as much time together as they can" and are "doing great."

The meeting with Fox's children came one month after he publicly confessed his feelings for her.

Kelly spoke about their blossoming romance on The Howard Stern Show, saying that he fell in love "for the first time" with Fox. "That was my first experience with being open to love and stuff like that. I definitely wasn't set up to believe that that's something that could ever exist," the rapper said.

When asked by Stern if it was love at first sight for the two of them, Kelly said, "Yeah, for sure."

The American Music Awards are broadcasting live on Sunday from The Microsoft Theatre in Los Angeles from 8-11 p.m. on ABC.