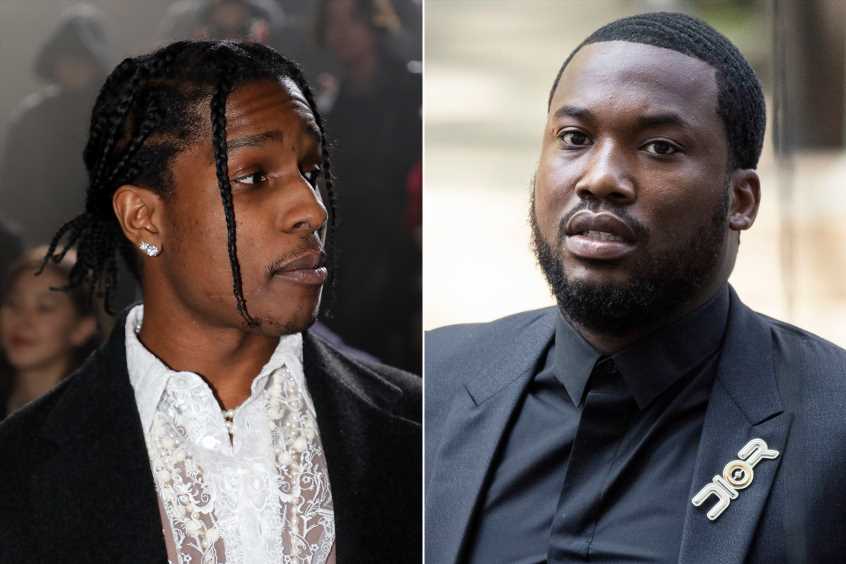 Ever since his arrest and subsequent imprisonment in Sweden earlier this month, A$AP Rocky, the Harlem rapper currently being held in Stockholm on assault charges, has become a cause célèbre for the music industry. #FreeAsapRocky hashtags have flooded social media, while a Change.org petition has received over 600,000 signatures and has been shared by Diddy, Justin Bieber, Tyler, the Creator and Post Malone, among many others.

The rapper and two associates were arrested by Swedish authorities on assault charges after getting into an altercation with a man in Stockholm on June 30th. (Swedish authorities claim the man acted in self-defense and declined to charge him with a crime.) Their detainment began on July 5th and A$AP Rocky’s case has since skyrocketed from music crime story to international political and diplomatic incident, with President Trump and Swedish Prime Minister Stefan Lovfen discussing the rapper’s arrest and status.

Rapper Meek Mill knows painfully well what it’s like to see your legal troubles transcend the hip-hop community into tabloid-ready mainstream news fodder. In late 2017, after getting arrested earlier in the year for popping wheelies on his dirt bike and getting into a fight, the rapper was sentenced to two to four years in prison in a years-long case that critics say highlighted egregious flaws in the criminal justice system alongside inequalities with how persons of color are treated both by the police and the courts. (He was released in April 2018, though after more than a decade-long battle with a Philiadelphia judge who, to quote one attorney in Rolling Stone’s investigation of the case, “puts long-tail probations on young black men, then jerks them back to jail for small infractions.”)

“I went to prison for a fight in America the same way that A$AP Rocky did,” the rapper tells Rolling Stone shortly after signing his new record label deal with Jay-Z’s Roc Nation. “I was in the airport, someone swung on a crew member and we defended ourselves. When it was time to go to court, the judge revoked my probation and gave me two to four years [in prison]. It’s all based on the same thing: not being treated fairly. Being a rapper is just a little bit harder because we have a certain type of title.”

Meek referenced recent comments made by rapper G-Eazy, who was also arrested in Sweden in 2018 for assault and drug possession but did not face any jail time. “This is the sad truth,” G-Eazy wrote on Twitter. “The difference between me and Rocky’s treatment in Sweden brings to mind two concepts that disgustingly go hand in hand: white privilege and systemic racism. Let’s call it what it is. He should not be behind bars right now.”

“G-Eazy said he got caught with cocaine and assault, he went home. ASAP Rocky didn’t go home,” Meek says. “The system is not 100% based on race, but it’s a race issue. When you have someone blatantly following them, aggravating them [and] putting hands on one of the members of his crew, they defended themselves. Things can just be unfair in the system, period, across the world.”

“It was terrible hearing about it,” he adds. “This could be you tomorrow; that’s why you should always keep an eye open even if you not black. I hope he gets out of the situation eventually as soon as possible. In this world of unfairness, this can happen to anyone tomorrow. It’s even more sensitive for our race in America because we’ve been through so much.”

On Thursday, the Swedish Prosecution Authority will decide if A$AP Rocky will be detained further as calls for his release, including from the rapper’s congressman Adriano Espaillat, intensify. “This incident serves as yet another example of the racially motivated focus and prejudices young men of color are subjected to around the world,” said five House members in a joint statement to the New York Times.