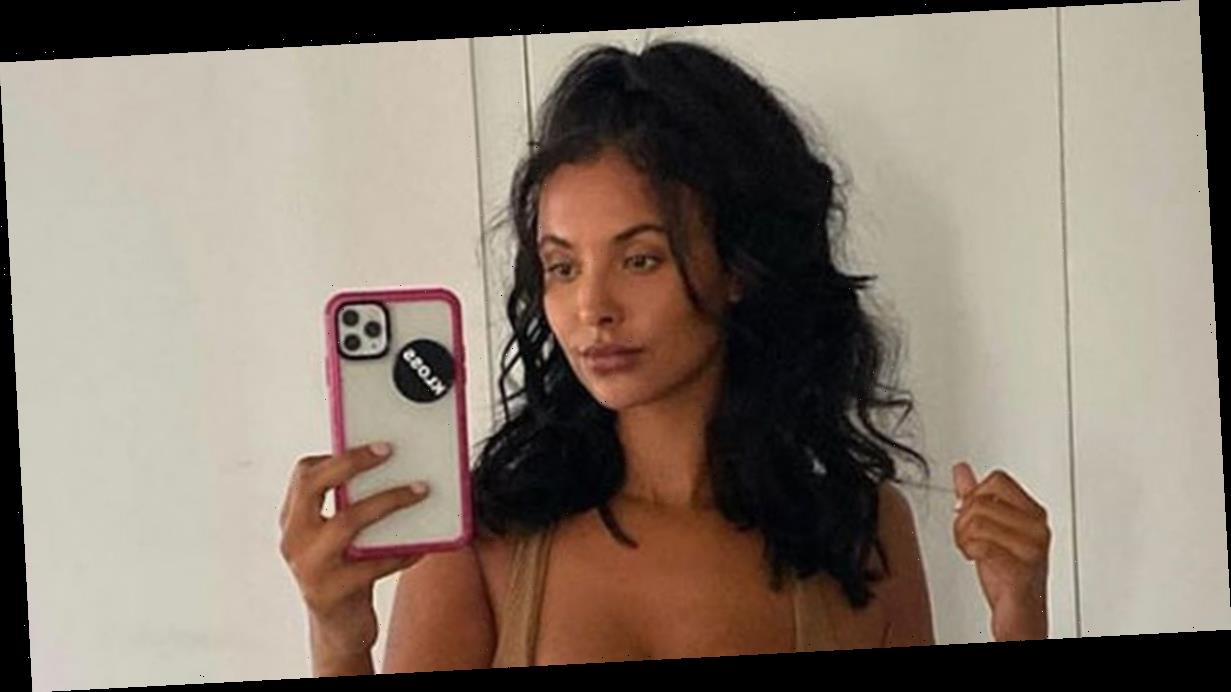 Maya Jama couldn't resist flaunting what her mother gave her when her favourite song began to play on the radio.

The 26-year-old sent fans wild with desire as she began to jig to the music, wearing an incredibly low cut top.

Previously, Maya had documented on her Instagram story the process of getting ready for a promotional day at Hugo Boss, alongside boxing legend Anthony Joshua.

Getting glam for the special occasion, she had a squad of people who assisted with preening her hair and makeup.

Of course, with a visit to the designer shop pending, she was styled from head-to-toe in the German luxury fashion brand.

She wore an all white slim-fit trouser and jacket combo suit, that hugged her curves in all of the right places.

As the Save Our Summer host seems to be living life in the fast lane, she took her coffee to go but warned it could be disastrous given she was wearing all white attire.

Not wanting to spill her hot beverage on her blazer, she removed the garment as she relaxed in the taxi on-route to the venue.

Much to her fans delight, she instead sported an devilishly deep plunging top, that demanded attention.

Giving fans an eyeful her cleavage stole the show as she began to move her body to the music.

Clearly enjoying herself in the taxi, while singing along, the camera slipped, exposing her boobs spilling from the skimpy item in the process.

Continuing to update her 1.8 million followers regarding her antics for the day, she shared a number of hilarious clips, including a photo shooting with the fighting legend.

After a hard day's work, she caught up with a pal for a needed alcoholic beverage and a catch up.