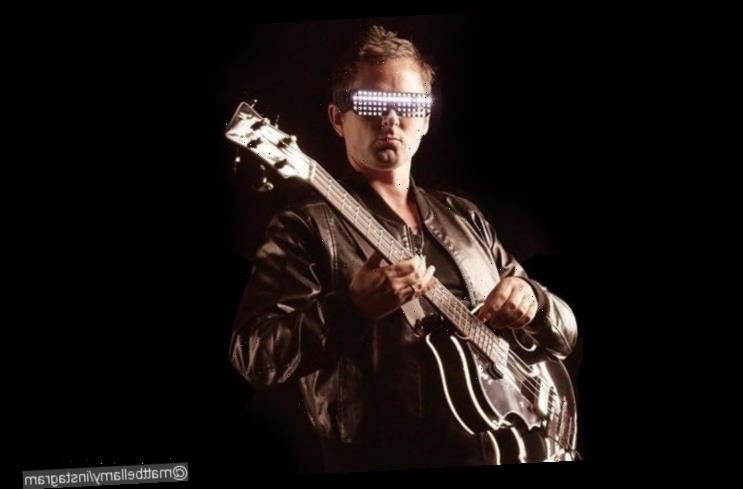 Since COVID-19 pandemic put a halt on tour plan for his supergroup The Jaded Hearts Club, the ‘Absolution’ hitmaker reveals that has been writing fresh materials for his original rock band.

AceShowbiz –Matt Bellamy has started work on a new Muse album inspired by the “protests and chaos” that have filled 2020.

The “Absolution” hitmaker had been focusing on his supergroup, The Jaded Hearts Club, as well as solo material – but the COVID-19 pandemic means they have been unable to tour in support of new album “You’ve Always Been Here”.

However, Matt’s been inspired by the chaos caused by the coronavirus and the Black Lives Matter protests that swept the world this summer to begin work on a new Muse record.

“I’ve started writing a new Muse album as well (as working with The Jaded Hearts Club),” he tells British newspaper The Sun. “I started writing when all the protests and all the chaos were kicking off. It’s a weird thing to say but it suits the music I write. It keeps you a little bit on edge.”

His Jaded Hearts Club bandmate Graham Coxon is in no rush to return to his group, Blur, however, as he wants to play live with Matt and fellow members Miles Kane, Nic Cester, Sean Payne and Jamie Davis.

“Everyone is just doing their own things at the moment,” he says. “The Jaded Hearts Club was what I was doing and getting ready to play more shows.”

“I hope we get to play more live gigs next year. I’m looking forward to getting closer to everyone because this thing should be in front of an audience. These are emotional songs with amazing choruses you can sing along to and dance.”

The Jaded Hearts Club’s debut collection, “You’ve Always Been Here”, is out now.