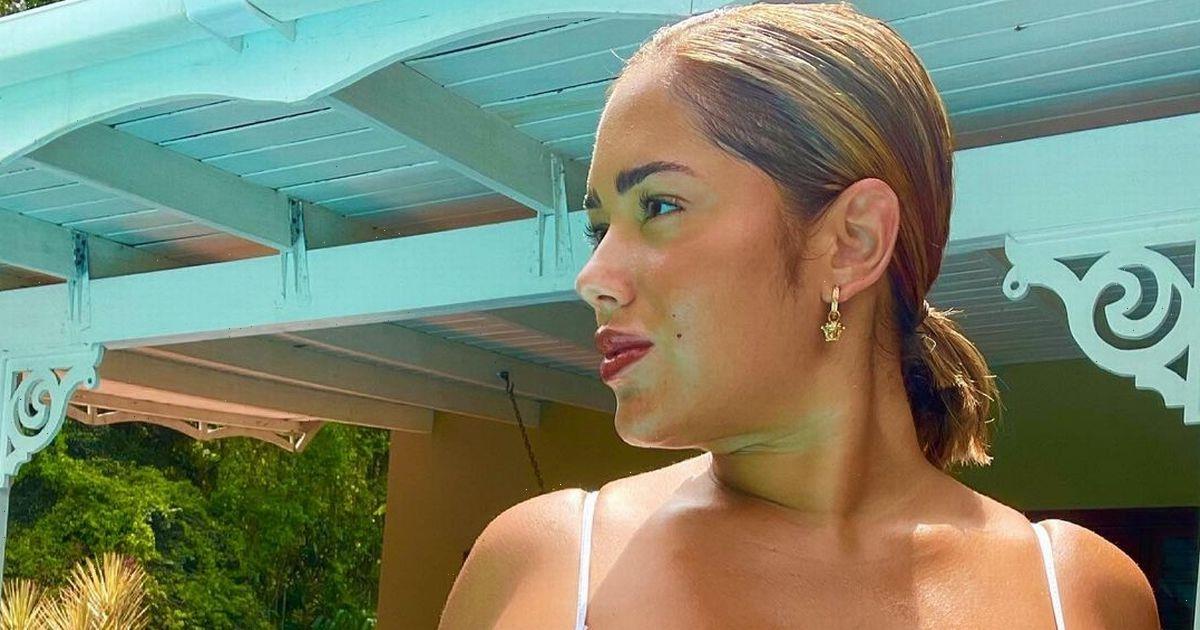 She's the body-confident beauty, who has gained a wealth of fans since her time on Love Island in 2016, thanks to her natural, unedited photos and mantra of loving the skin you're in.

And one of Malin Andersson's latest Instagram uploads sent her followers into meltdown, as showed off her killer curves in all their glory.

Malin's plunging number looked sensational as it glistened under the summer sun.

The TV starlet pulled her caramel-coloured locks back into a low ponytail and she opted for understated makeup, letting her natural beauty shine through. Malin captioned the stunning shot: "Sunnier days have arrived," as she enjoyed the day's golden hour.

The gorgeous gal's fans came out in full-force to shower praise on the striking shot.

While another continued: "Oo, love this bikini on you. You're rocking it girl."

And a fourth remarked: "Beautiful woman." Malin previously opened up to Daily Star about how she's managed to stay au naturale and "authentic" online despite being pressured by cosmetic surgery companies to get work done.

Malin shared: "A cosmetic surgery company reached out and said' We can offer you Botox and filler, can you come in'?'"

"But, it's people like that who are trying to promote their businesses and are going to people who have got a platform, think it's the way forward, and you know, that's sad."