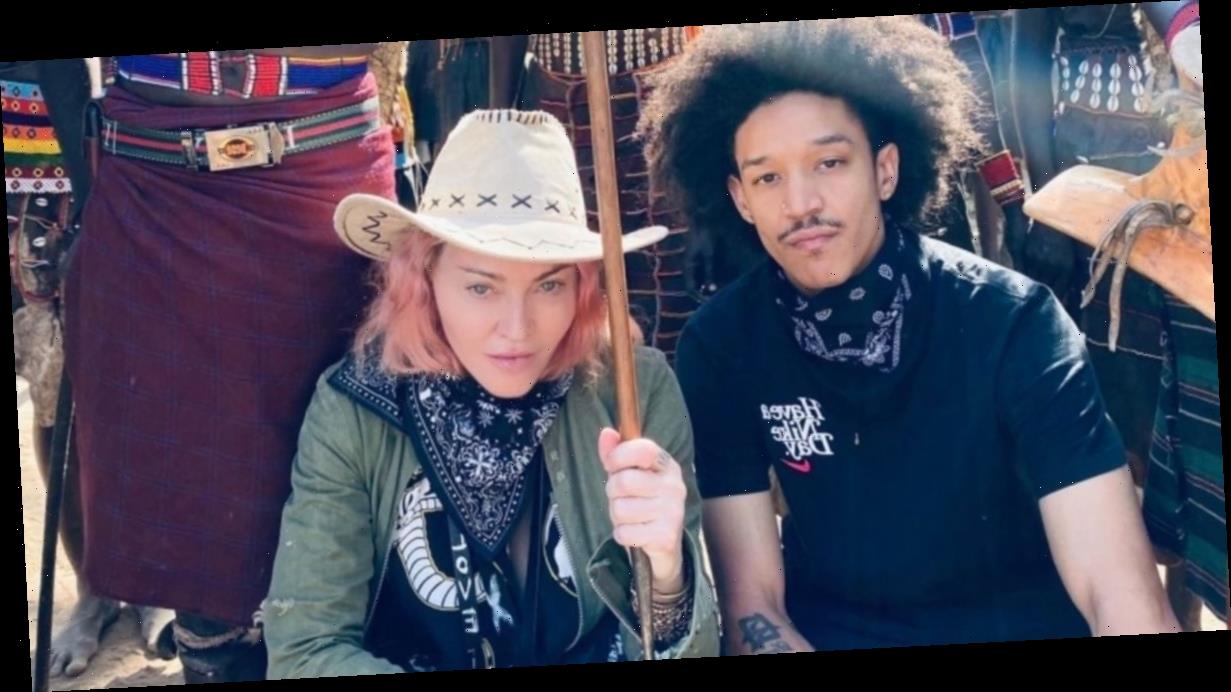 Madonna has risked fury after reportedly visiting five countries in just a matter of weeks.

According to new claims, the Queen of Pop has travelled 11,700 miles after visiting America, the United Kingdom, Malawi, Egypt and Kenya.

Madonna is said to have kicked off her international trip in Los Angeles just before Christmas when she flew to London with her boyfriend Ahlamalik Williams and her children David Banda, Mercy James and twins Estere and Stella.

After spending a few days in the capital where she has a permanent home, Madge and her family are then said to have jetted to Malawi – this time with her 20-year-old son Rocco in-tow, The Sun reported.

The publication adds that Madonna and her family had a stopover in Aswan, Egypt.

The group then spent a week in Malawi where Madonna founded a hospital and has her charity, Raising Malawi.

The Madame X hitmaker met President Lazarus Chakwera as well as locals during her trip.

On Wednesday January 6, Madonna and her family jetted off to Kenya where they are currently on safari.

Sources close to Madge insist both she and her family have "all been taking regular Covid-19 tests to ensure they are not carrying the virus."

Madonna, who has a fortune of over £630 million, is understood to have flown via private jet also also had her personal photographer Ricardo Gomes with her in Malawi and Kenya to document the trip.

The superstar has shared a series of professional shots with her fans via her official Instagram page over the past few days.

While Madonna's trip is likely to raise a few eyebrows, it isn't thought she has broken any laws – despite ongoing travel restrictions.

Latest rules state that quarantine is not needed for travellers in Malawi and Kenya so long as a negative Covid-19 test can be proved.

Meanwhile, as of December 15, "high-value business travellers" have been given greater leniency in the UK "subject to specific criteria being met".