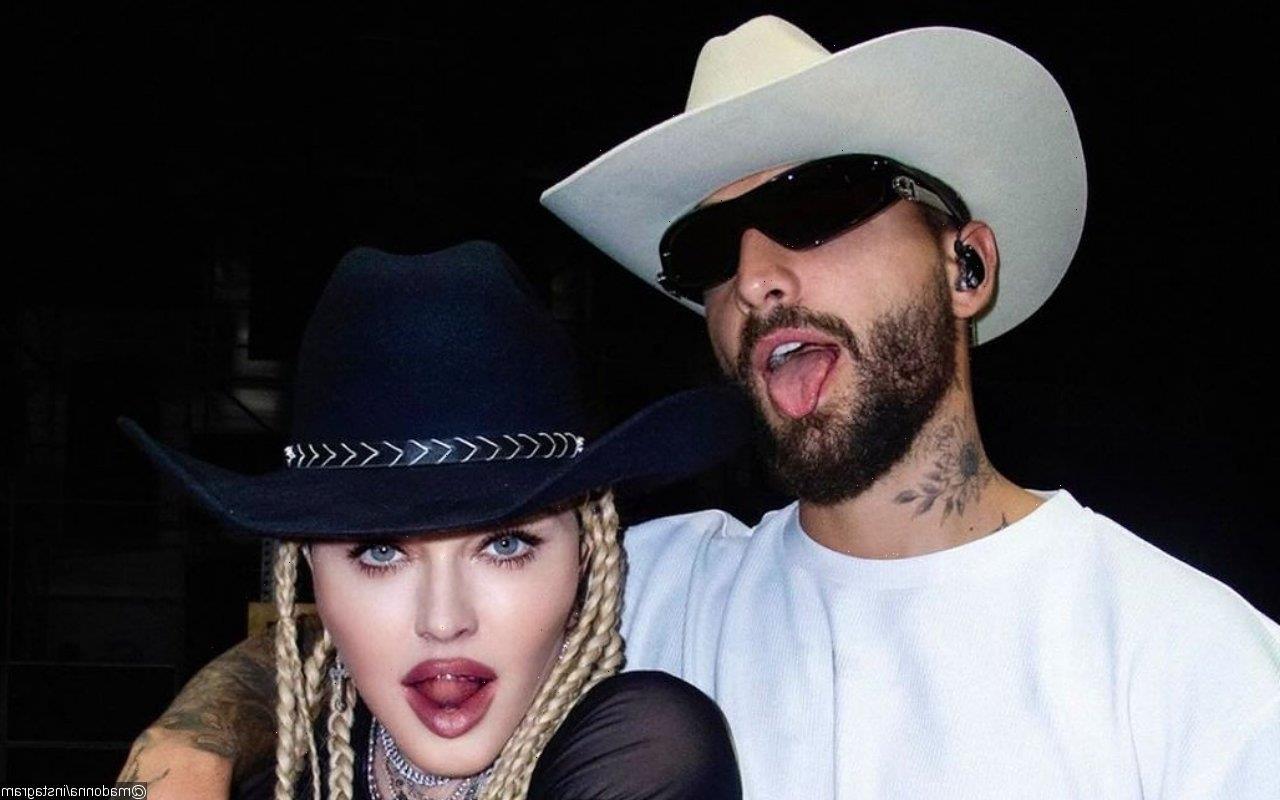 The ‘Like a Virgin’ hitmaker joins the 28-year-old Latin megastar in delivering two duets when he brought his ‘Papi Juancho World Tour’ to the Estadio Atanasio Girardot in Medellin.

AceShowbiz –Madonna reunited with Maluma for a pair of steamy duets in Colombia at the weekend. The newly single “Like a Virgin” hitmaker, who has split from 28-year-old dancer Ahlamalik Williams after three years of dating, joined the 28-year-old Latin megastar on stage when he brought his “Papi Juancho World Tour” to the Estadio Atanasio Girardot in Medellin on Saturday night, April 30.

The pair performed their 2019 duet “Medellin” as well as Madonna’s 2000 classic “Music”. While performing the former duet, Madonna grinded on Maluma in a chair, while the pink-haired singer playfully poked the pop icon, who donned a matching see-through pink dress and braids, on the butt with a leather cane as she got up from his lap.

Meanwhile, Madonna has been working on a remix project and it was recently reported that she has recruited pal Katy Perry for one song. The “I Kissed A Girl” hitmaker previously made a cameo in the “Vogue” hitmaker’s star-studded “B**** I’m Madonna” music video in 2015, and she’s now believed to have added her vocals to a remix of one of her biggest hits for the upcoming album.

A source said recently, “Madonna has been going flat out over the past few weeks. “Not only is she working on her biopic but she’s also been in the studio at all hours. She’s been a massive fan of Katy for years and always talked about doing a song with her. With the remix project things have fallen into place. As plans are still being sorted out, no release date is set yet. Hopefully fans won’t have to wait too long.”