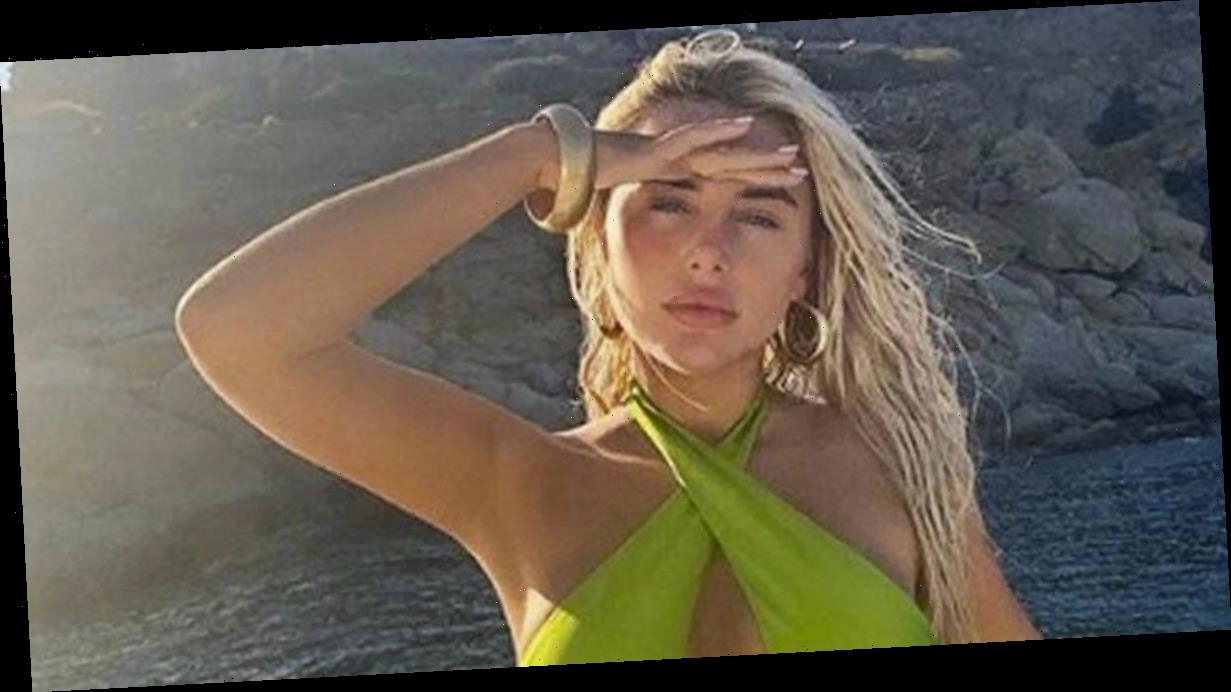 Ever since Ellie Brown left the Love Island she has been no stranger to flaunting her incredibly sexy figure online.

The 22-year-old reality TV star, who also starred in Ex on the Beach, takes to her official Instagram account everyday without fail to share sultry snaps and show off her pretty little outfits, bikini snaps and even the odd more seductive pic in lingerie.

For her latest expose, the minx shared yet another beach snap to her 1.2million followers.

In the snap, Ellie can be seen looking utterly sensational as her curves do all of the talking as she posed while on a boat.

Donning a green swimming costume, it featured a halter-neck design which wrapped around her neck to keep her modesty in check.

Flashing her underboob as they cheekily poked out from the fabric, Ellie didn't seem to mind as she continued posing.

Leaning against the boat's railing, she lifted up her other hand to her face so she could see the photographer while smiling ever so slightly.

Looking like a tanned goddess, the blonde bombshell wore her long locks down for the occasion.

Her hair tousled down over her shoulder and down her back as she wore it in a crimped style – much like her Love Island co-star's famous do by Lucie Donlan.

For accessories, Ellie opted for some chunky bangles, big gold hoops and appeared to not have much make-up on her pretty natural face.

Taking to the caption, she wrote: "You know, I never found love until I looked between your eyes."

In just a matter of a day, over 55,000 people had liked the photo and hundreds have rushed to the comments to gush over her.

One wrote: "You are an angel."

A second said: "Let me marry you pls you're so hot," followed by the love-struck emoji.