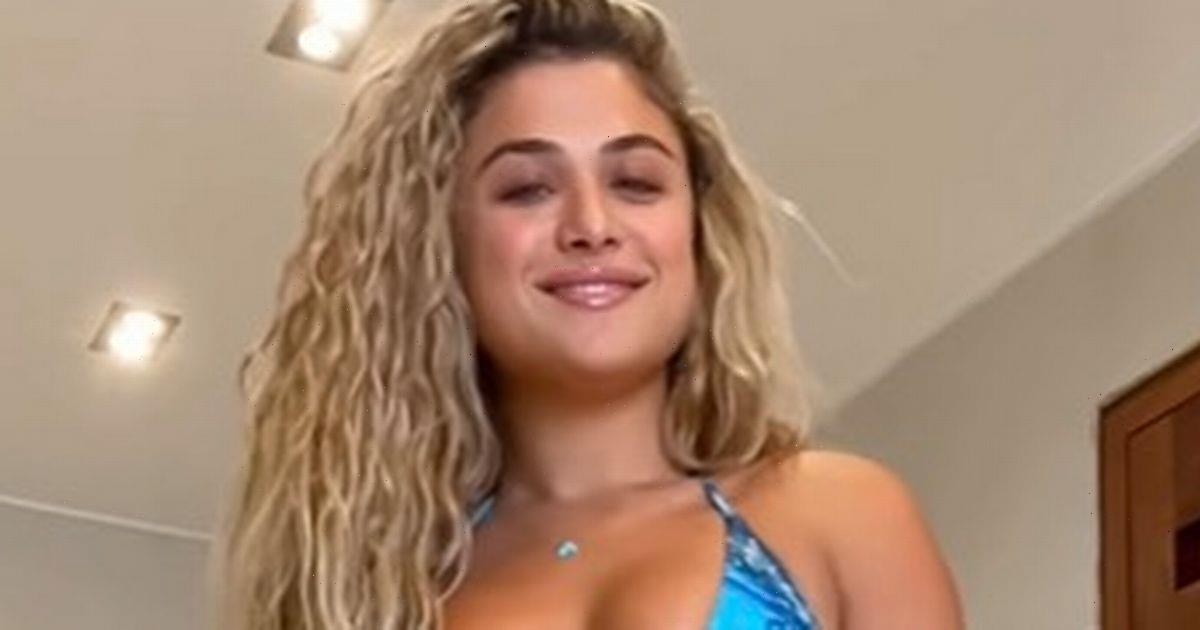 Love Island's Antigoni Buxton took to Instagram to flaunt her incredible figure in a blue tie-dye bikini, the morning after teasing a naked bed-bound snap to her Stories.

The reality TV star has shared moments from her trip to Greece, where she's been working on new music and her recent release You Can Have Him.

The blonde bombshell looked gorgeous as she poured her curves into a tiny blue bikini with a plunging neckline and thin straps.

READ MORE: Tasha Ghouri says she's 'on her own path' as she addresses relationship with co-stars

Striking a pose in front of her camera, the reality star showed off her washboard stomach as the two-piece left little to the imagination. As she enjoyed the Grecian weather, Antigoni displayed her stunning curves and phenomenal midriff before heading to the beach after a late night making music.

In between studio trips, Antigoni tucked herself into bed, teasing her 729,000 followers to her cheeky bedroom attire, with only her duvet cover and a thin top covering her.

She captioned the saucy snap: "Quick nap before studioooooo". Antigoni's music career was placed on hold whilst she appeared on this year's Love Island.

She was dumped from the island despite showing an interest in Davide Sanclimenti, who chose his winning partner, Ekin-Su Cülcüloğlu instead of Antigoni.

After her stint in the Majorcan villa, Antigoni returned to music and has recently released her single You Can Have Him and a steamy music video to go with.

Staying in contact with her fellow Islanders, Antigoni was pictured at Maya Jama's annual Halloween bash alongside pals Danica Taylor and Paige Thorne, attending the party dressed as a seyx devil, in red fishnet tights and a plunging bodysuit paired with devil horns.