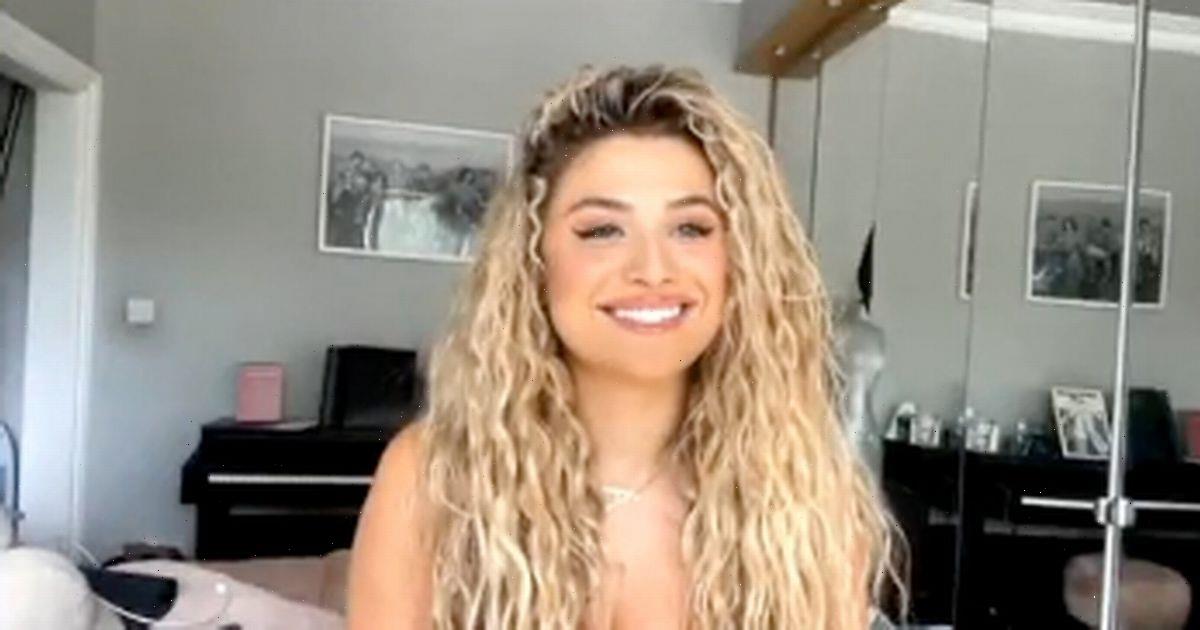 Love Island star Antigoni Buxton ripped into Jay Younger during the filming of the ITV2 reunion.

Filming a topless Jay on her Instagram Stories, Antigoni said: "Do you wanna put clothes on? Or do you just sit like this at all times? It's not even a hot day!"

Jay laughed as he sat there showing off his rippling abs and muscly physique.

Antigoni later threw a VIP party which included a bunch of the Islanders who came to have a dance with her and eat some well-deserved pizza.

The blonde bombshell stunned on the night in a cut-out white dress which left little to the imagination and showed off her toned figure.

This comes after Antigoni revealed that she would love to work with music big guns Drake and Ed Sheeran.

The 26-year-old stunner spoke exclusively to the Daily Star on a Facebook Live interview with showbiz reporter Carly Hacon earlier this week.

When asked who she would love to collab with, she said: "There are so many, J Cole, Drake, I would die, I really wanna work with Blast and we're having a little chat about that so.

"There are so many artists I would die to work with like UK artists like Ed Sheeran.

"Dead or alive, I would have loved to have worked with Amy Winehouse, I'm obsessed with John Mayer, the list goes on…"

Antigoni also spoke about her time in the villa and her hot parents.

During her time on the programme, her super glam family also hit the headlines when they posted their own bikini pics online.

Her mum and TV chef Tonia Buxton could be seen wearing a tiny bikini and sunglasses as she stood with Antigoni’s father, who wore swimming trunks and dark shades.

She said: “One of the main reasons I really wanted to make it to the final [was] just so my parents could have come in looking like bombshells!”

“My dad was playing it down but he definitely loved it. There were so many headlines: ‘Antigoni’s hot dad’! There was one article that didn’t even have anything to do with me! It was like: ‘Antigoni’s beautiful sister graduates with a first in Maths and poses next to hot dad’! It was really nice.”