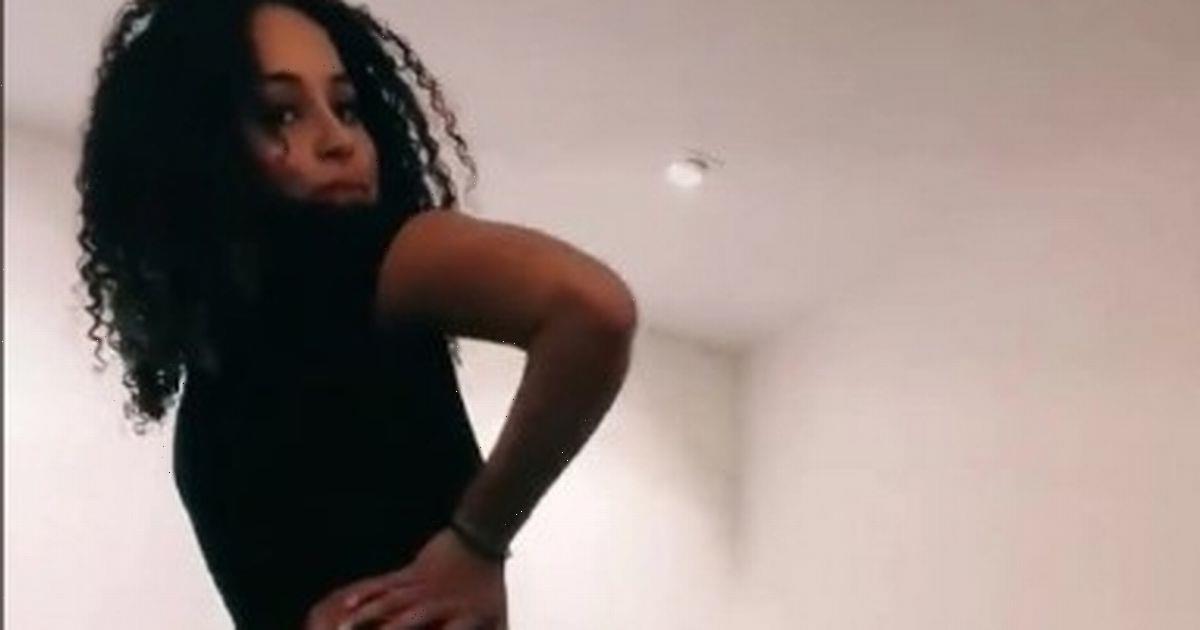 Amber Gill has been left fuming after one of her posts on video sharing platform TikTok was deleted for apparently "violating community guidelines".

The Love Island star, 23, posted the removed clip of herself shaking her bum while wearing a pair of tiny black shorts and crop top onto her Instagram account.

The star followed up with a series of posts discussing her distaste with TikTok for the removal.

She said: "I'm sick to death of TikTok banning my videos.

"Saying I'm violating community guidelines. This is my TikTok."

Amber went on to try and support her argument that the deletion of her video was unfair by sharing a clip from another TikTok user who had exposed a significantly larger amount of their bum.

Amber said: “But this type of s**t is cool. Just wait for it.

“I get it if you have a problem with it, but like, you can’t not accept mine and accept this.”

While TikTok have been on the receiving end from social media influencers before for their supposed inconsistent censoring of content, they’ve been in much larger trouble over censorship of larger issues around the world.

Online publication The Intercept leaked internal Chinese policy documents in March of 2020 that encouraged their moderators to censor political speech and suppress content from users that they considered “too ugly, poor, or disabled” by lessening their chance of appearing on the coveted For You feed of users.

Amber’s call to action over the deletion of her content shines a light at the perceived ongoing problems within TikTok as inconsistent moderation of content leaves users unsure of what can and can’t be posted.

After moving from Newcastle to London last March, Amber had found herself alone in the city as lockdown began.

While gaining some expected weight in the pandemic, Amber decided to overhaul her fitness this year and thanks to her new meal and workout plan she managed to lose a stone in just six weeks.

She said: “I’m naturally curvy, with a big bum and boobs, and while the number on the scales has never overly bothered me, I began to feel a bit uncomfortable carrying extra weight.

“I wanted to be the best version of myself both physically and mentally. That was the biggest motivator and why I decided to get in shape.”