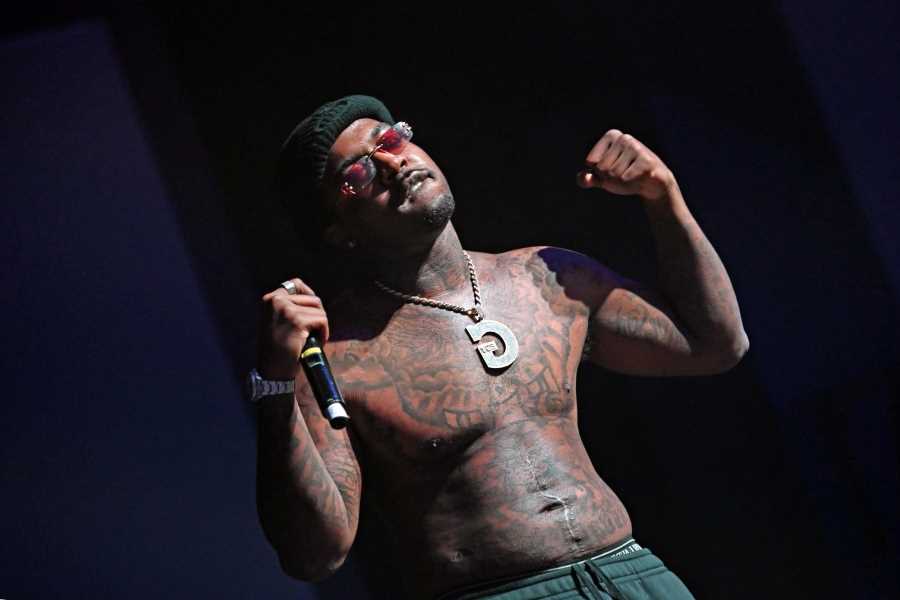 EST Gee has been approaching the hip-hop limelight for months, and now, it seems, he’s bathing in it. The Louisville native takes Number One on Rolling Stone’s Breakthrough 25 chart, which ranks the fastest-rising up-and-coming artists of the month on streaming.

EST Gee had a breakout moment with the release of his mixtape I Still Don’t Feel Nun in December, then kept growing his streams from there. In March, he reached the Top 100 Songs Chart for the first time thanks to a feature on Lil Baby’s “Real as It Gets,” and also made his Artists 500 debut.  But July is when things really started to heat up: His July 21st album Bigger Than Life or Death reached Number 33 on the Rolling Stone Top 200 Albums Chart. It spawned two RS 100 hits — “5500 Degrees,” featuring Lil Baby, 42 Dugg and Rylo Rodriguez, and “Lick Back,” featuring Future and Young Thug — and helped him reach the top 40 of the Artists 500 Chart. All told, EST Gee saw nearly 40 million more on-demand audio streams in July than he did in June.

He narrowly edged out Italian rock band Måneskin, the winners of the 2021 Eurovision contest, whose breakout song “Beggin” reached Number 18 on the RS 100. The group takes Number Two on the Breakthrough 25 chart, with a streams growth of 38 million. Rapper and singer Bia, who debuted on the chart in May at Number 10, takes third after releasing a remix to “Whole Lotta Love” with Nicki Minaj.

The Rolling Stone Breakthrough 25 chart ranks the artists who are seeing the greatest gains each month in audio streams. It does not include passive listening, such as terrestrial radio or digital radio. Because the chart focuses on newer music, eligible artists must not have not reached the upper ranks of the charts before. Each month, Rolling Stone publishes an official version of the Breakthrough 25 chart, covering the four-week period ending with the previous Thursday.

This month’s biggest debut is by R&B singer Mariah the Scientist, entering at Number Seven. With the release of her latest album, Ry Ry World, the Atlanta native gained nearly 12 million on-demand audio streams in July, and debuted on the Artists 500 Chart at Number 470. Rapper IDK debuts close behind at Number Eight after releasing his new album USee4Yourself, followed by country singer Chase Matthew at Number Nine.

Other standouts on this month’s chart include recent OVO signee Smiley, whose Drake collaboration “Over the Top” debuted at Number 27 RS 100; Houston’s Lil Jairmy, who released a new mixtape Gas God; and LilyIsThatYou, the singer behind the divisively sex-positive TikTok hit “FMRN.”