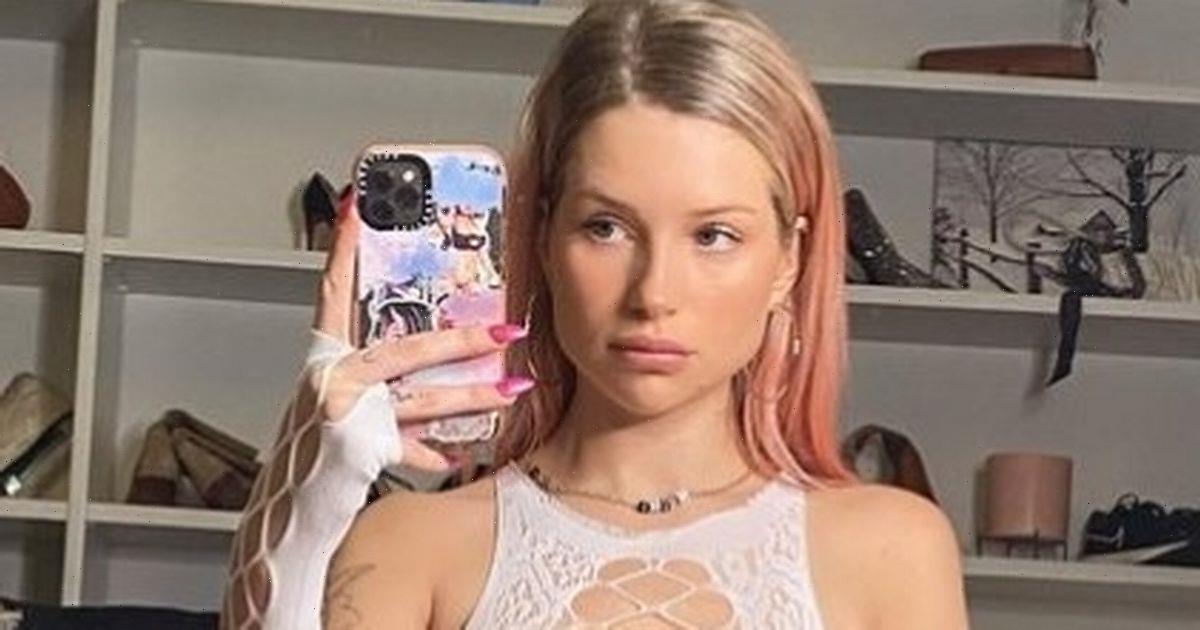 Lottie Moss, 24, has opened up about her sex life in a recent video posted to her OnlyFans.

The model filmed herself for an hour as she ditched her top in the clip and opened up about her sex life and showed off her sex toy collection to her loyal subscribers.

While her OnlyFans account is a tell-all platform, she decided to keep the name of the celebrity to herself.

She confessed she's "calmed down" now after telling fans she had "lots of funs with guys," adding: "It's probably in the hundreds".

Aside from stripping off, Lottie was also smoking in the video as she said: "I want to smoke more but I'm already so f***ing high. It only takes like four puffs to get me stoned."

The star discussed her recent rehab stint as she said that her time away was for "separate issues" including her mental health.

Lottie stated that she thinks it's important to be open and honest about mental health with her fans and said that marijuana helps her with relaxing and stress.

She added: "My tolerance with weed went straight down when I went to rehab but I'm so much better.

"I was very depressed and very unhappy but I'm so much happier now. I'm feeling better about life."

Lottie Moss told her fans that she checked into rehab last month to undergo treatment.

Two years prior, Lottie opened up to her fans on Instagram about previously "numbing herself with substances" and her difficulties with anxiety.

At the time, she wrote: "My struggles have caused me to act out of character and ultimately I think I was becoming a person that I didn’t really like which is why I numbed myself with substances and put myself down through neglect of my mental health and my general health, going down that road made it very hard for me to get out.

"I was surrounding myself with people who were a similar mental state to me and I can see now that was not helping."

Lottie has recently received support with her mental health following her time in rehab and has vowed to continue to be open about it with her fans.