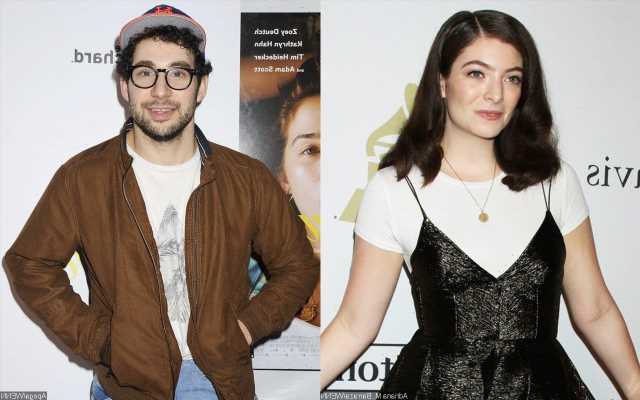 Despite working together with the lead singer and guitarist of Bleachers for her two albums, the New Zealand songstress appears to be irritated to give him too much ‘credit.’

AceShowbiz –Lorde apparently is not pleased to be grouped into a collective of Jack Antonoff collaborators that many jokingly refer to as his “stable.” Despite working together with him for her two albums, the “Royals” singer said the narrative is “frankly insulting” and “sexist.”

The 24-year-old musician offered her two cents when sitting down with The New York Times. “I haven’t made a Jack Antonoff record,” she pointed out. “I’ve made a Lorde record and he’s helped me make it and very much deferred to me on production and arrangement.”

“Jack would agree with this. To give him that amount of credit is frankly insulting,” the New Zealand native went on. She additionally labeled the narrative, which has also included dating rumors between the two, “retro” and “sexist.”

“I know that there are certain hallmarks of what Jack does and some of those things I really love and some of them I don’t like. And I beat them out of the work that we do together,” she added. “I say this with so much love and affection, but I feel like we’re doing up a house together and he’s like, ‘Look at this serviette that I fashioned into the shape of two swans! Look at this set of woven baskets!’ And I’m like, ‘Great – one per room.’ “

Lorde went on to set the record straight about her relationship with Jack. “No one who’s in a job that isn’t my job has a relationship like the one I have with Jack,” she stated. “He’s like a partner to me. We’re in a relationship. It’s not a romantic relationship, but we’ve been in it for seven years, and it’s a really unique thing, so I don’t begrudge people maybe not being able to understand it.”

Lorde and Jack, who is also the lead singer and guitarist of the indie pop band Bleachers, teamed up for her third album “Solar Power” as well as her 2017 record “Melodrama”. Jack himself has worked extensively with the likes of Taylor Swift, Lana Del Rey, Clairo, Pink, Carly Rae Jepsen, St. Vincent, Troye Sivan, The Chicks, Sia Furler and others.