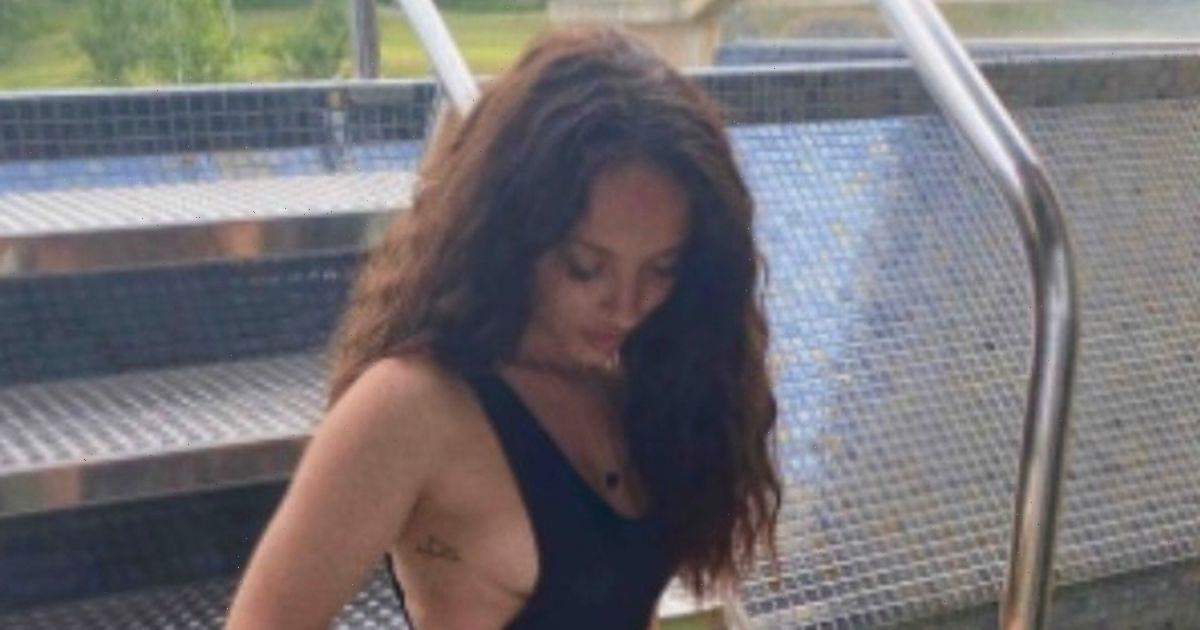 Little Mix's Jade Thirlwall has shared some cheeky snaps of herself by the pool.

The singer, 28, has been enjoying some time off from her glamorous pop star life.

She took a trip to visit her family and friends in the North East of England.

Getting back to her hometown of South Shields, Tyne and Wear, she was able to fully chill out.

The former X Factor contestant read her book as she relaxed by the pool, according to a recent candid Instagram post.

Jade jokingly pretended that she had no idea the camera was snapping pics of her, as she wrote: "Omgggg I didn't know there was a camera there teehee."

Wearing a chic plunging swimsuit that showed off her amazing physique, Jade shared the snap with her 7.7million Instagram followers.

Jade joked that she initially thought the girls were joking about expecting.

She felt overwhelmed as she admitted it was ‘a lot to take in’ when both of her closest mates made their baby announcements at the same time.

Jade said she burst into tears as soon as she heard the news that Leigh-Anne and Perrie were both going to be mothers.

She said: “I had a little cry. It was amazing and I am so happy for them both.

In a TikTok interview, bandmate Leigh-Anne, who is expecting her first child with her fiancé, Watford footballer Andre Gray, asked: "So you didn't expect it? A little bit?"

Jade then admitted that she knew Leigh-Anne and Perrie were very broody and ready to start a family, but she didn’t expect them both to fall pregnant at the exact same time.

The Northern lass explained: "I knew you both wanted to have babies, I suppose it did make sense.

“Once you'd said it and it started to make sense, it dawned on us."