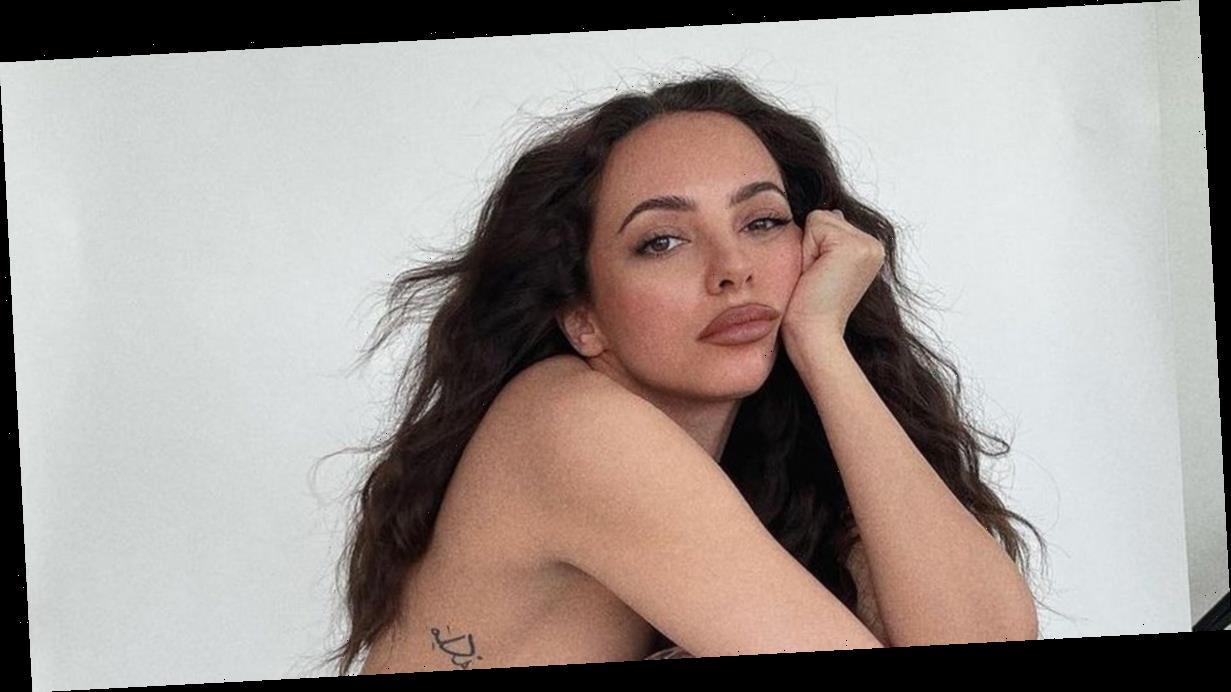 Little Mix’s Jade Thirlwall stunned fans on Instagram as she bared herself to the world.

The starlet, 28, posed topless in some skin-tight leopard-print leggings and chunky golden heels.

In one snap, she flashes a healthy dose of sideboob and shows off the tattoo at the side of her chest.

The tattoo reads "Queen" in Arabic.

She says the tattoo, along with one running along her spine which reads "Anyone can achieve their dreams if they’ve got the courage," is a way of keeping in touch with her Arabic heritage.

Her mother's lineage has Egyptian and Yemeni ancestors.

Jade even went retro with her editing, doctoring a few of the snaps in a cut-out style, showing a bright purple background arranged with cartoon hearts.

She also surprised fans by posing with a dog – despite not having any herself.

This caused an uproar with plenty of Little Mix lovers, with many asking when she got a new pet. One fan wrote: “Even the dog is a MODEL,” with a heart-eyed emoji.

However, a fan pointed out that the pooch belonged to Little Mix stylist Zack Tate.

He’s been snapped with the pup before.

The star also looked deep in thought in a few of the pictures, sitting with her arms crossed over her knees and looking into the camera.

Fans were instantly enamoured with the sultry shoot.

Another added: “Just be slaying everything why don’t you,” with a black heart emoji.

Jade shot to fame as part of Little Mix after winning the eighth series of The X Factor back in 2011.

Since then, the band has gone from strength to strength – despite fellow member Jesy Nelson leaving to pursue solo projects.

The girlband launched their own singing competition, Little Mix: The Search, on BBC last year, drawing from their X factor experience to create a pioneering talent show.

Prioritising the mental health of the contestants, the girlband told Radio Times last year: "Our aftercare for these contestants is so important to us because we didn't really get that.

"We never had anyone checking on us to see how we were doing mentally, it was all just go, go, go. I personally don't feel like there was anyone who cared."