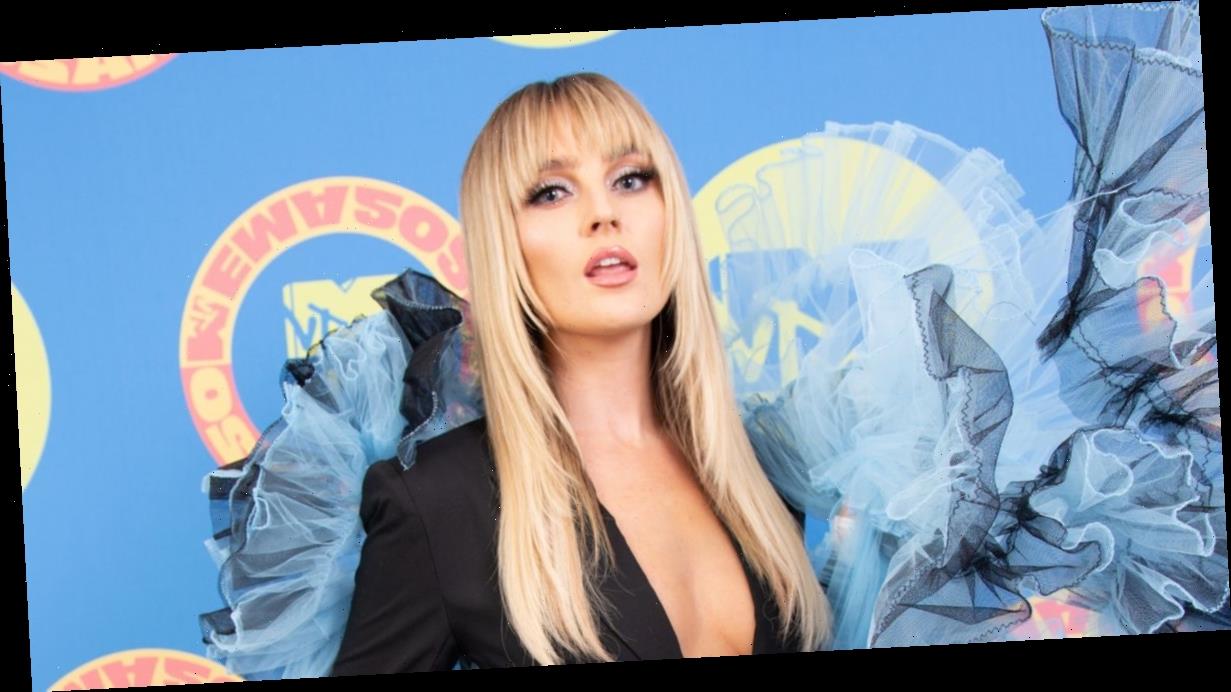 The trio presented the show as well as giving a showstopping performance as a trio just a day after it was announced that Jesy was to miss the show due to a mystery illness.

A representative for the quartet said: "Jesy is unwell and will not be appearing on tonight's final of Little Mix The Search.

"She will also not be hosting or performing at tomorrow's MTV EMAs."

While the ceremony was held virtually with artists filming segments across the globe, the Sweet Melody hitmakers ensured that they looked every inch the superstars.

Jade looked a million dollars as she showed off her toned pins as she rocked a daring thigh-skimming black dress.

Her dress featured a short ruffled sleeve, adding an extra edge to the look, while her other arm was covered by the smooth fabric.

Perrie opted to go all out, with a leotard featuring a plunging neckline – offering a glimpse of her ample assets.

Alex Oxlade-Chamberlain's girlfriend's outfit was finished by ruffled blue and black netted fabric, adding a rock-chick look, while she sported a full fringe.

Leigh-Anne opted for a more simple look as she slipped her sensational figure into a white top decorated with a barbed wire-esque pattern.

The songstress wore matching sheer leggings and long-sleeved gloves as she styled her glossy raven locks into loose flowing dreadlocks.

Little Mix were joined by a virtual audience of music lovers as they hosted the event from an empty studio.

Despite being nominated for four gongs, they walked away after winning UK Best Pop and Best UK & Ireland act.