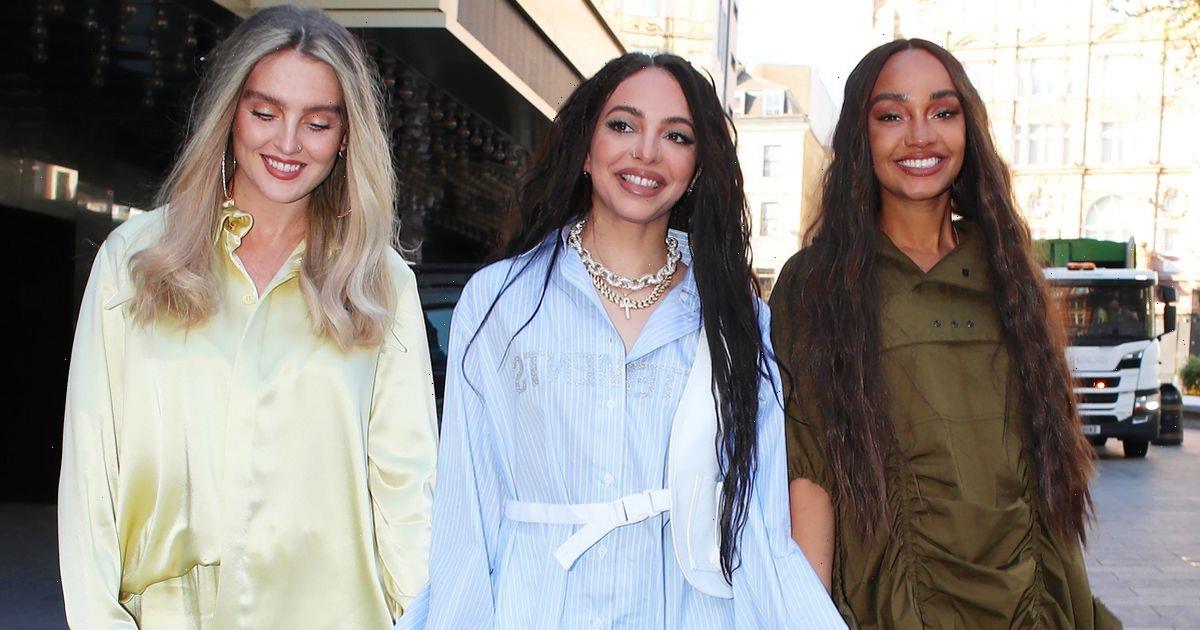 Little Mix may have hinted they are planning to split up during their latest awkward interview when asked what's next for them.

But fans were left concerned when the girls seemed to avoid a big question about the future.

The host asked the girls: "Do we know what's next? Is that a question that collectively there's no know answer to?"

After a small pause from the group, Leigh-Anne answered: "Well, I mean, I just think Little Mix, ten years in, it’s something that can never really die if I'm honest."

The other girls giggled before the interview ended as they shared memories.

This is not the first time though the girls have been asked about the future of the band.

During a Q&A with Kiss FM they also managed to dodge the question.

Jade joked and avoided the question by discussing celebrating Christmas and heading off onto their Confetti tour in 2022.

She later ignored and awkwardly laughed at questions related to the band releasing new music.

Following a bitter split from former bandmate Jesy Nelson, rumours have been growing about Little Mix breaking up after they hit 10 years together.

Little Mix are due to release their greatest hits album, Between Us, later this month.

Fans are worried though that this album might be their last.

Taking to social media fans speculated Confetti might be their farewell tour.

One said: “Clear up the breakup rumours!! We need to know if LM are continuing.”

Another suggested Little Mix might take a break after Leigh-Anne and Perrie became first-time mums.

They wrote: “I don’t think they’re disbanding but I’m getting the feeling they will be taking a very long break.”

This has followed after singer Perrie launched her new clothing brand, Disora.

Perrie took to Instagram to announce the exciting news.

She said: "Didn't think it was possible to be any more excited than I already am! Years in the making and my brand @disora is finally launching!

"Thank you to my Disora team for sending me my own PR chest, you b****es are bad and boujee!"