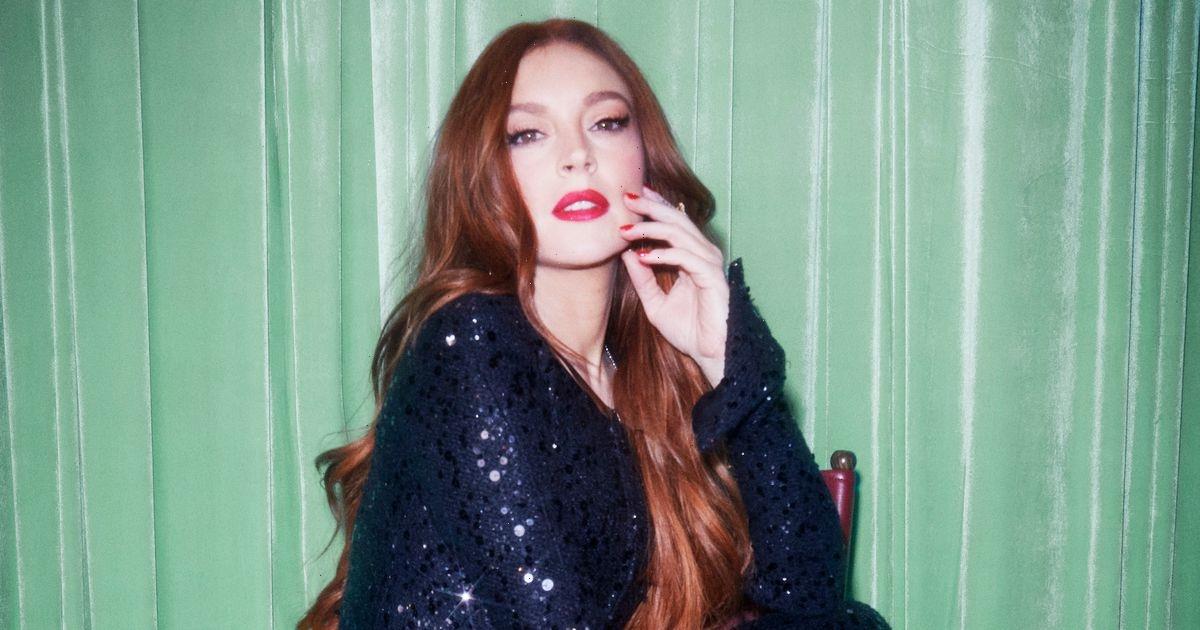 Lindsay Lohan has recently stunned followers with a new photoshoot with Cosmopolitan UK as the Hollywood actress spoke about married life.

The pictures showed the stunning actress, 36, in a number of different outfits and in one of the snaps, she showed off her famous curves in a low-cut white trouser suit as her long hair fell over her shoulders.

Another saw the star in a sparkly blue suit, displaying her hourglass figure as she posed with one leg in front of her.

She pouted for the camera and showed off her stiletto heels as she touched her face while her long auburn hair cascaded down her back.

In a third snap, Lindsay wore a figure hugging fishtail suit skirt and matching jacket as she blew a kiss toward the camera.

She opened up about her married life and told Cosmopolitan about her dedicated partner.

Lindsay explained: “Well, I have an amazing husband, who’s a very calm person. Just the best. And my family. And I feel like I have a small group of good friends who are just really good people. That’s the only support that I really need: friends, family and loved ones.”

Lohan now lives in Dubai and the former party girl has switched up her routine – she now “goes to bed really early,” at around 9:30 pm.

The It-girl is starring in Netflix’s Falling for Christmas after a nearly decade long hiatus from acting and will star alongside Chord Overstreet from Glee.

Lindsay said that the film was “comforting” to her as she always finds it “fun to work on something lighthearted and family orientated”.

She also spoke about her acting career and said: “It’s always evolving. It comes very naturally to me to play a role, especially in a romantic comedy, so it doesn’t always feel like work.”

Lindsay has previously asked Al Pacino for advice in her career and he told her to simply “focus on her craft”.

The full Lindsay Lohan interview can be read in the December/January issue of Cosmopolitan UK, on sale from November 22.