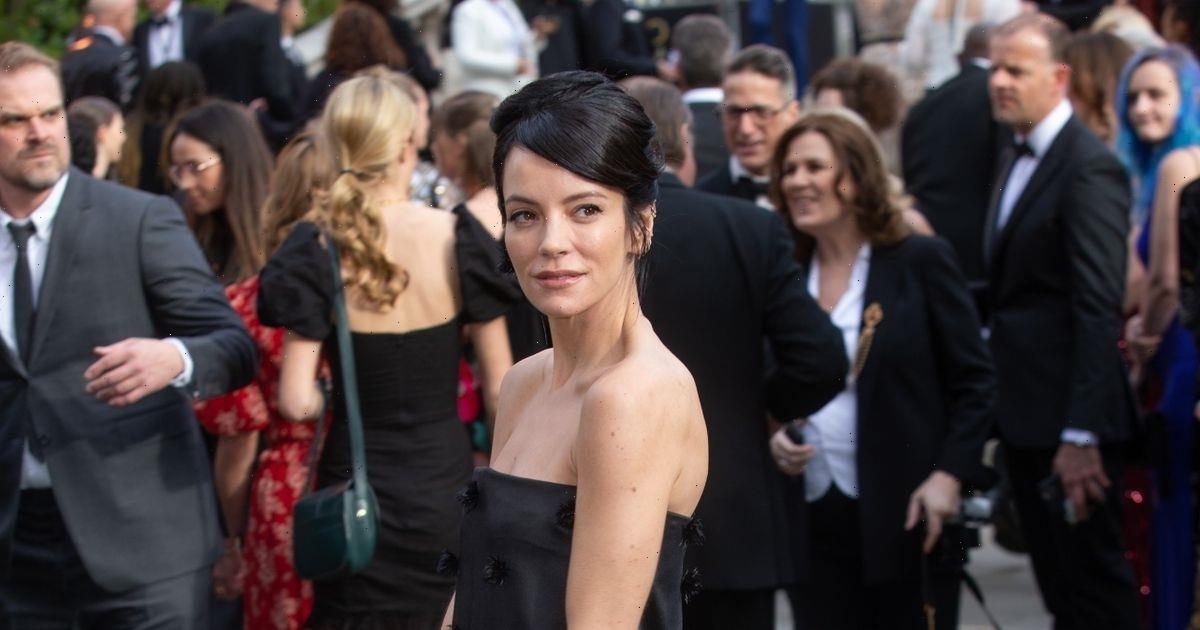 LDN songstress Lily Allen looked absolutely sensational as she headed to the Olivier Awards in a strapless black gown.

The singer-songwriter, 36, strutted her stuff at the star-studded event alongside her Stranger Things star husband David Harbour, and looked incredible as ever in her stunning gown.

Never one to miss an opportunity to accessorise, Lily matched her frock with a teeny black leather clutch and huge black floral earrings, opting for a simple pair of black and silver stilettos on her feet.

She swept her dark hair into an elegant up-do with a few strands falling to frame her face as she posed up a storm for the waiting cameras.

Lily is up for an Olivier Award in the Best Actress category.

The Smile hitmaker is nominated for her performance in 2:22 A Ghost Story, after triumphing at the WhatsOnStage awards earlier in the year.

She goes up against Constellations star Sheila Atim, The Crow’s Emma Corrin for Anna X, and Hamlet star Cush Jumbo for the gong.

Sharing the news to her Instagram Stories, Lily gushed: “Not me with a best actress nomination at the Oliviers!!! He he he."

David, meanwhile, rocked a charcoal grey suit and matching tie as he posed with his arm around Lily, grinning for the gathered lenses.

Complete with a pocket square and shiny black shoes, he looked a far cry from his Netflix persona Jim Hopper.

Lily confirmed she had tied the knot to David in September 2020, after the pair headed to Las Vegas for a small ceremony at the Graceland Wedding Chapel – led by an Elvis impersonator, of course.

But David admitted that nothing prepared him for the “insanity” of marrying Lily and moving in with her two daughters.

He told Vulture: “Nothing can prepare you for the mystery and insanity of having children around.

“I now have two stepdaughters and they are more than I ever bargained for in both beautiful and awful ways.”