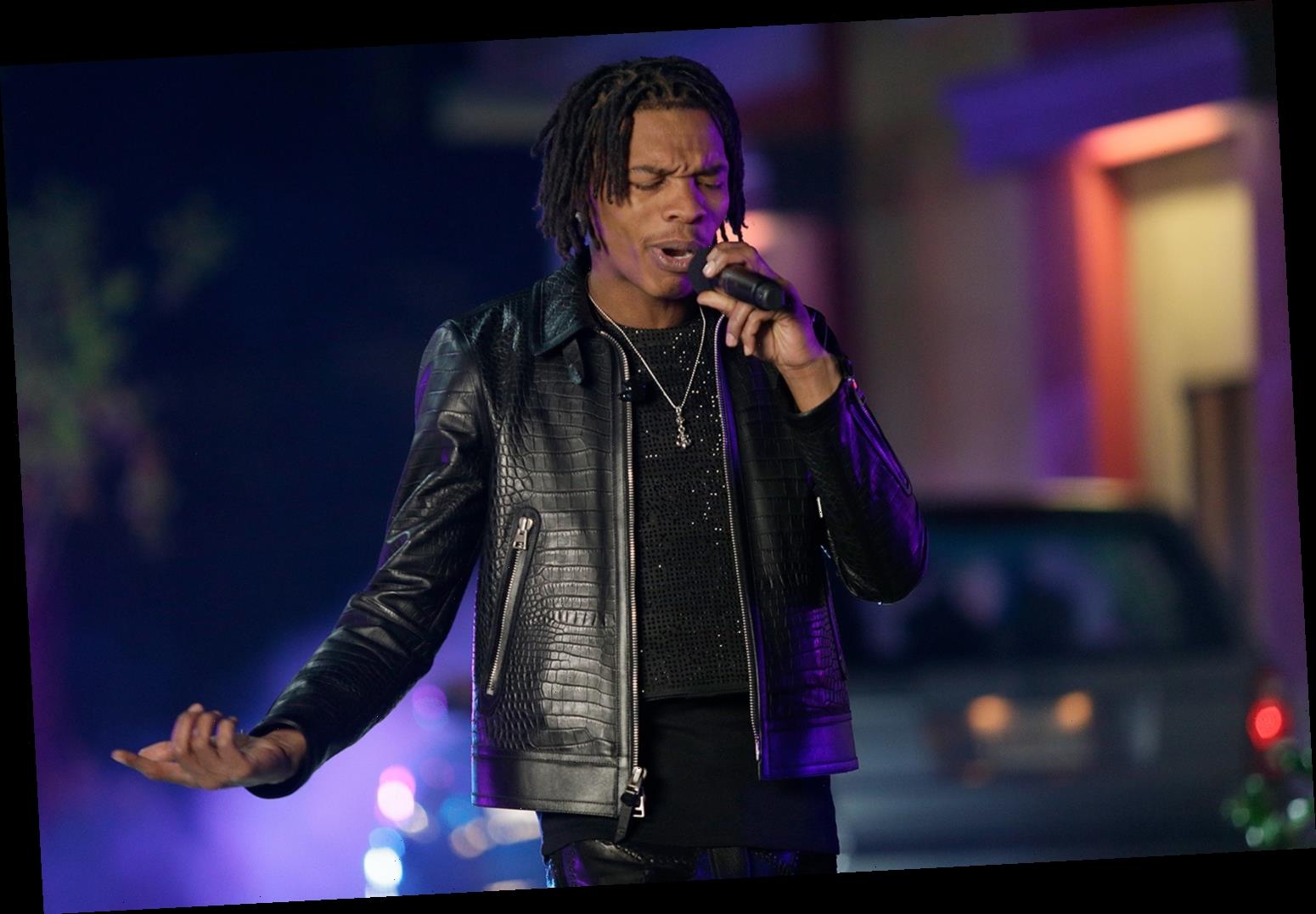 Lil Baby paid tribute to the Black men and women who lost their lives at the hands of police in his performance of "The Bigger Picture" during Sunday night's Grammys.

The performance — which took place on the streets of downtown Los Angeles outside of the convention center — began with a nod to the killing of Rayshard Brooks in Lil Baby's hometown of Atlanta, Ga., last summer.

Brooks was fatally shot by police after they responded to complaints that he was sleeping in his car outside of a Wendys drive-thru.

After Brooks' death, protestors burned down the Wendys where he was killed — which was also depicted in Lil Baby's performance.

As the building was set ablaze, Lil Baby rapped the powerful lyrics to his song, including: "Protests and growing national outcry continues/ Over the death of George Floyd/ Last night, people protesting in Minneapolis escalated/ As demonstrators were lashed by tear gas and rubber bullets" The rapper, wearing a black bullet-proof vest, continued to walk through the streets in front of the L.A. Convention Center as protests raged behind him.

Social justice leader Tamika Mallory stood on the steps of the convention center as people held signs behind her reading "Not another Black life" and "ENOUGH."

"President Biden, we demand justice, equity, policy and everything else that freedom encompasses," she said.

The performance also included other scenes from over the past year as the nation protested against police brutality, including protestors clashing with officers in riot gear. Sunday night's act was in line with the music video for "The Bigger Picture," which featured footage of nationwide protests from last summer over the killing of George Floyd, who died in police custody after an officer kneeled on his neck for nearly nine minutes.

The song had the most audio and video streams of any track that was penned in protest of police brutality this past summer, according to Forbes.

In December, Lil Baby was part of a group of celebrities who teamed up to give Floyd's daughter Gianna a special birthday party.

"RIP George Floyd. Happy B Day Gianna from 'The Bigger Picture,'" the rapper wrote on Instagram.

Check out PEOPLE's full Grammys coverage to get the latest news on music's biggest night.