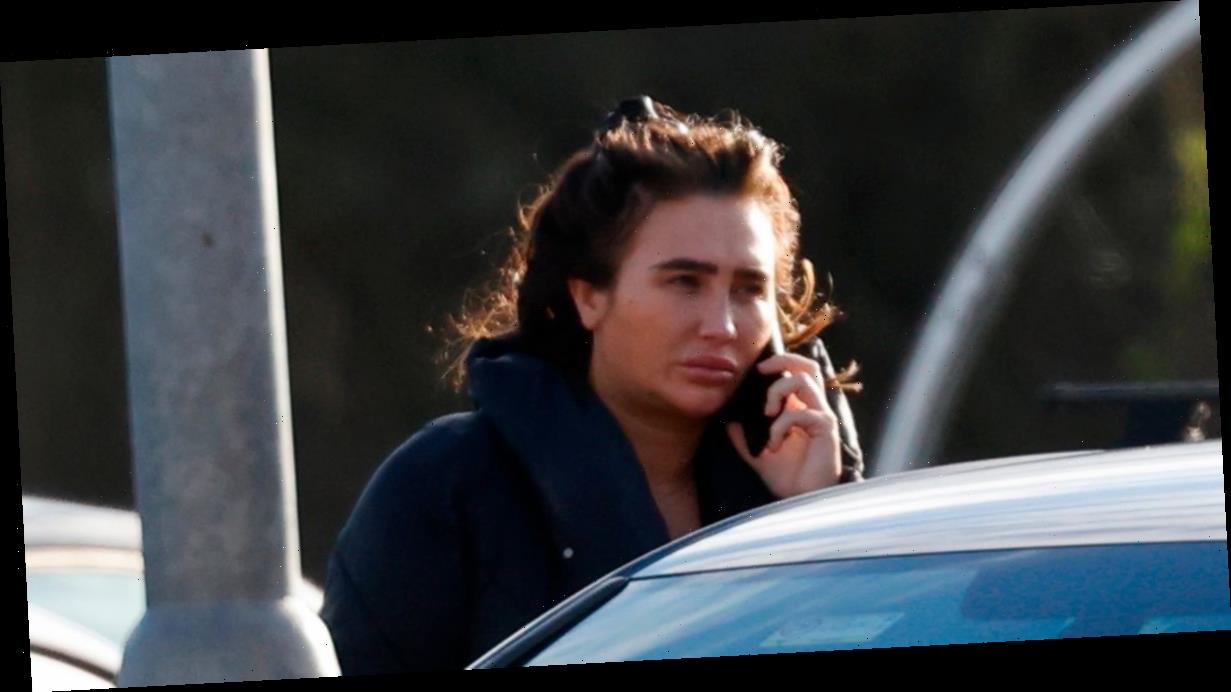 Lauren Goodger has been seen for the first time since being slammed by Piers Morgan for going on a rant about Covid.

The TOWIE babe, who was part of the original line-up alongside her then boyfriend Mark Wright, had told her fans she will not take the Covid-19 vaccine and "doesn't agree" with masks.

Dressed in dark trousers and a dark top, Lauren was seen out and about on Wednesday.

Holding her phone to her ear, the reality TV regular appeared deep in discussion as she made her way through a car park in Essex.

Lauren was clutching a blue disposable face mask in her hand, despite telling her followers hours before that she "didn't agree" with them.

Piers launched a personal attack on Lauren despite his GMB co-star Susanna Reid asking him to give her a platform.

As ITV producers showed an image of the outspoken gal, Piers raged: "Here is a picture of Lauren.

"What do you think she has been shovelling in her face? Where does that come from Lauren? What have you been putting in your face?

"These people are half-wits, worse than that, they're quarter-wits.

"They're giving their views to millions of young and impressionable people and not getting challenged.

"They are stuffing their faces with plastic and filler and then banging on about vaccines, it is ridiculous.

"Don't listen to these imbeciles, because it will cost lives."

Daily Star revealed how Lauren had said in a now deleted Instagram live session: "I am more scared of the vaccine than I am of the virus. I will start imagining that I am dying

"OK, I do do aesthetics and even now I am still nervous of that – I am like that in general.

"Even with a facial I want to know what is in it. That is my anxiety over the years."

Explaining why she doesn't want the vaccine despite it being endorsed by scientists and medical professionals, Lauren continued: "I just feel that it hasn't been around long enough and we don't know enough about it.

"I didn't die from it. It is like getting it a cold. I wouldn't get the flu jab either.

"I don't want to inject myself with something I don't know the long-term effects.

"I have heard all the different things that are in it and I think I have had Covid already and I have coped with it."

The reality TV babe continued: "I am not going to say you should not have it. Each to their own. Good luck. That is my personal opinion though.

"At the end of the day I am not going to talk about it as I know what I know.