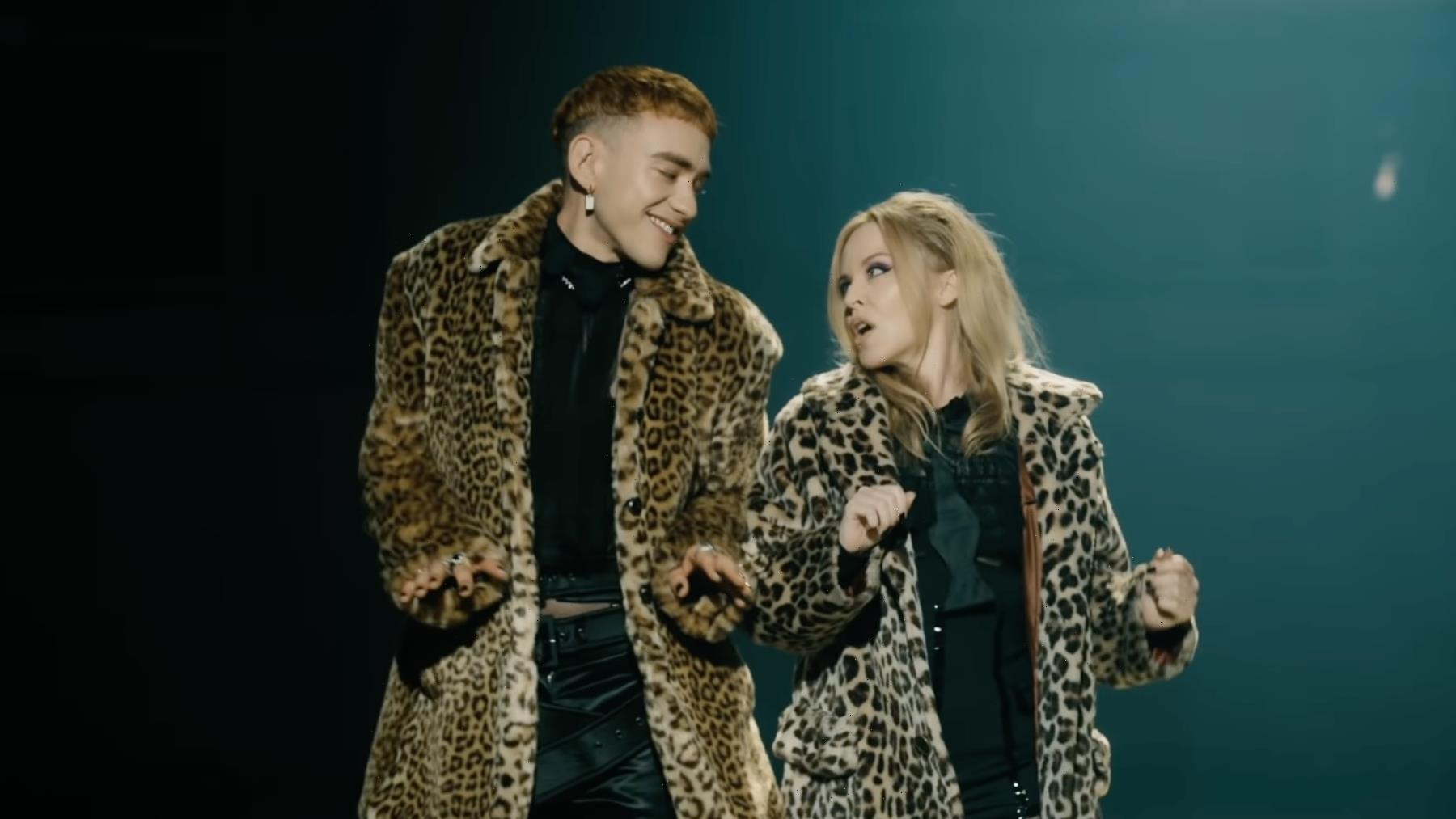 Kylie Minogue and Olly Alexander’s Years and Years have dropped their new video for “A Second to Midnight.” Cowritten by Years and Years, the song is the first single from Minogue’s Disco: Guest List Edition, which is available for preorder. The two-disc CD comprises 2020’s original 16-track Disco deluxe edition along with a second 10-song disc featuring new songs and remixes.

The video was directed by Minogue’s longtime collaborator Sophie Muller and filmed at London’s Collins’ Music Hall. The clip begins with Minogue and Alexander doing a charming dance together, but as the track progresses, the visual takes on the air of a delightful disco fever dream — there are quick cuts that appear to show Minogue and Alexander dressed up like each other, and by the end of the video, they’re joined by a horde of dancers all wearing masks of their faces.

In addition to “A Second to Midnight,” the revamped new version of her 15th studio album, Disco will include new collaborations with Gloria Gaynor (“Can’t Stop Writing Songs About You”) and Jessie Ware (“Kiss of Life”), alongside the previously released Dua Lipa-assisted “Real Groove (Studio 2054 Remix)” and other remixes that include Basement Jaxx’s new spin on “Say Something.”

In May, the duo teamed up for a remix of Years and Years’ “Starstruck.” Last month, Minogue performed during Global Citizen Live.